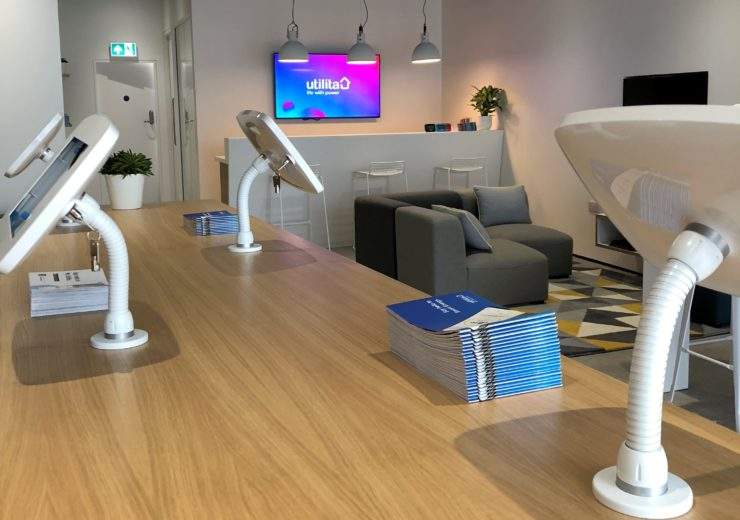 The Utilita shop, in Gosport

Energy shops could soon be a fixture of UK high streets again after Utilita unveiled plans to open its first shop.

The challenger energy firm will open an energy shop in Gosport, Hampshire, in what it says is a “throwback” to the utility stores of the 1970s and 1980s.

It will allow customers to top-up their smart meters and speak with staff, who can offer advice on energy use.

There will also be an interactive area in the shop where children will be able to learn about energy.

Energy shops could help plug a gap left by other more high-profile shopping brands that have closed stores, resulting in more than 20,000 job losses in UK retail since the start of the year.

Utilita director of retail Steve Parker said: “In many ways, this is a throwback to the 1970s and 1980s, when the regional utility board shops were a familiar site on the high street and anyone could pop in.

“Those days were seemingly over but we want to bring energy back to the high street – in every sense.”

According to Utilita, the Gosport branch, near Portsmouth, is part of a trial that could lead to the company opening more energy shops.

Its talk of high street expansion comes after a stream of store closures and job cuts by major retail brands.

Analysis from the BBC has shown that 7,000 retail workers have lost jobs already this year, while another 9,500 are being readied for the chopping block and 5,100 are in doubt at Poundworld after it entered administration.

Speaking about the decision to open stores in this environment, Mr Parker said: “While a number of firms, including famous household brands, are closing shops, we believe there is still huge potential on Britain’s High Street.

“Our research suggests many customers want to be able to interact with us directly rather than rely solely on the phone, email or social media – the shop provides that option.”

Utilita will cut the ribbon outside its first high street shop on Saturday, 14 July.

Utilita is a ‘challenger’ of the Big Six energy companies

Since it was founded in 2003, Utilita has considered itself a “challenger” firm of the Big Six energy companies that dominate the British utilities market.

The Winchester-based firm – which installed Britain’s first smart meter, which have since been rolled out to 90% of its customers, now has more than 660,000 customers across the UK and employs just under 2,000 people.

It allows customers to pay for energy through a pay-as-you-go (PAYG) system, as well as the traditional direct debit and payment on receipt methods.

In April this year, the company readied for a legal challenge against the October 2018 deadline for the first generation of smart meters to be scrapped.

Speaking for a blog on the Utilita website, chief executive Bill Bullen said: “Our motivation is purely in the best interests of PAYG households – many of whom are among the most vulnerable in the country.

“It is indisputable that smart meters currently offer them a better level of service.”