Described as “taxi of the future”, the vehicle can accommodate six people 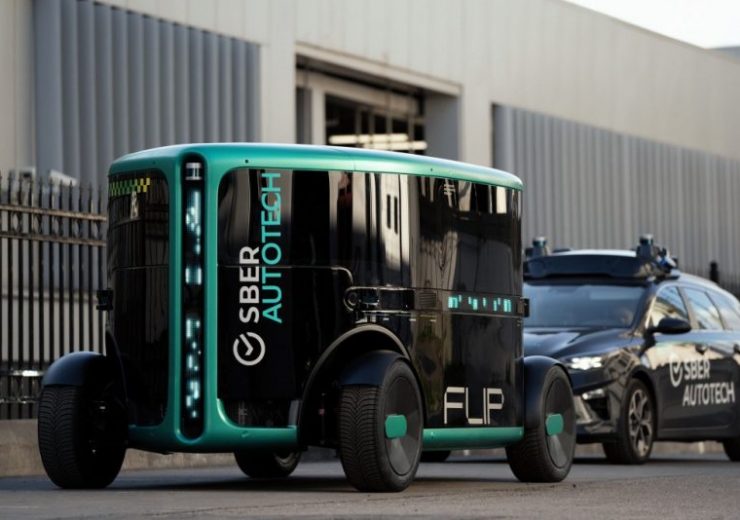 Bench-testing of FLIP prototypes carried out on closed tracks in Moscow. (Credit: Sber)

SberAutoTech, a subsidiary of Russian banking group Sberbank, has unveiled a prototype of its first fully autonomous vehicle dubbed FLIP.

Equipped with the latest IT and automotive technologies, FLIP is driven by an electric motor powered by a battery module that is replaceable.

Described by the company as a “taxi of the future”, the self-driving vehicle is said to use the highest possible level of driving automation.

It is integrated with the self-driving technology developed by SberAutoTech that uses a combination of lidars, cameras, and radars for assessing the road environment.

Sberbank Group CTO and Sberbank executive vice president and technology head David Rafalovsky said: “FLIP’s electric platform removes all limitations resulting from the layouts of conventional vehicles. Combined with the flexible architecture of SberAutoTech’s self-driving technology, it will enable us to roll out solutions across a variety of verticals, like freight transport, last mile, and taxis.

“These technologies are the future, and we are proud that the evolution of this track is possible thanks to the synergy achieved within the ecosystem and thanks to SberAutoTech engineering solutions.”

SberAutoTech is undertaking bench-testing of FLIP prototypes on closed tracks to comply with the current legislation on self-driving vehicles in Russia.

Public will get to touch and feel the fully autonomous vehicle during next month’s St. Petersburg International Economic Forum.

SberAutoTech has equipped the autonomous vehicle with passenger face recognition and a virtual assistant called Salute for facilitating user-friendly communication.

The company claimed that FLIP matches the dimensions of a conventional passenger car, and yet has 40% more interior space. This is due to its design being free of the space-consuming elements associated with cars that have internal combustion engines.

The fully autonomous vehicle does not have any traditional control panels and can comfortably accommodate six persons, said SberAutoTech.

FLIP has also been designed to operate on natural gas, hydrogen, and other alternative fuels.