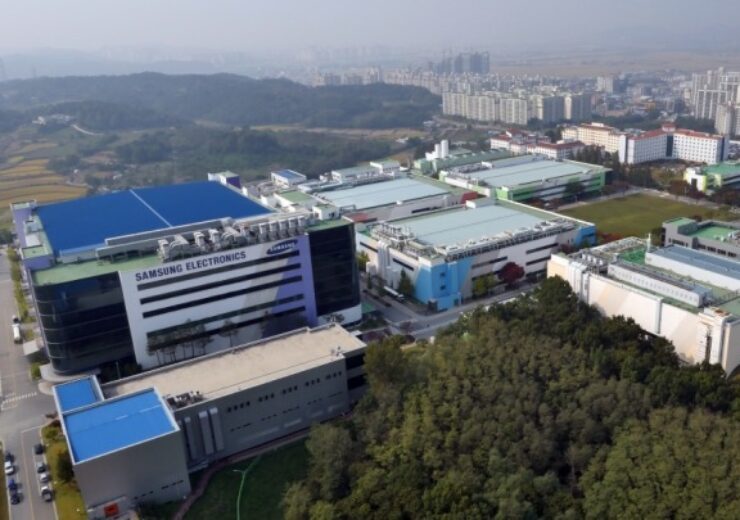 Samsung Electronics to invest $17bn to build a semiconductor facility in the US. (Credit: SAMSUNG)

Samsung Electronics has detailed its plans for building a semiconductor facility in Austin, Texas with an investment of $17bn under Project Silicon Silver.

The South Korean firm furnished the additional details regarding its plans in a filing with the Texas government.

However, the company is also open to taking up the project in the states of Arizona and New York, reported Bloomberg.

Project Silicon Silver is proposed to sit on nearly seven million square feet of new space at the Austin campus of the company.

Over the first 10 years of its operations, Project Silicon Silver is expected to generate nearly 1,800 jobs, as per a study report prepared by Impact DataSource.

The initial average annual salaries of the workers in the facility are estimated to be $66,254.

In January, the Korean firm said that if approved by the Texas government, the facility will break ground by Q2 2021. Production at Project Silicon Silver is expected to begin by Q4 2023 as per a filing to the Texan government by the company’s subsidiary Samsung Austin Semiconductor.

Samsung Electronics will allocate nearly $5.1bn of its investment towards buildings and property enhancements.

The Korean firm will use $9.9bn on machinery and equipment at the semiconductor facility.

Samsung Electronics has requested the City of Austin and Travis County to consider abating or rebating taxes on the real property enhancements and personal property involved in the project.

The study from Impact DataSource read: “Because of its strong ties to the local community and the successful past 25 years of manufacturing in Texas, Samsung Austin Semiconductor would like to continue to invest in the city and the state.”

Last month, US President Joe Biden said that his administration would push for $37bn in funding for legislation to ramp up the manufacturing of computer chips in the country. The President said that a shortage of semiconductors in the US has delayed the production of automobiles, thereby reducing hours for American workers.