In a bid to move towards an all-electric future, Minneapolis' transit agency plans to introduce 125 electric buses onto the city's streets by 2022 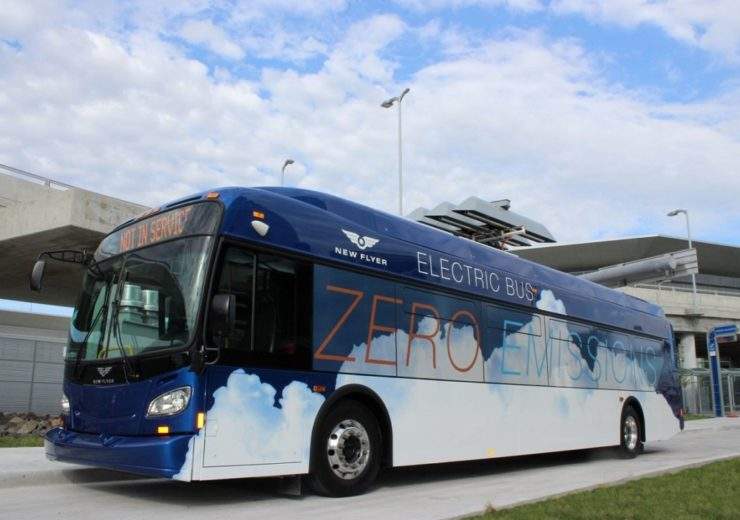 Minneapolis will introduce 125 electric buses over the next four years as it bids to become one of the first US cities to abandon fossil fuels on its bus network.

The city’s transportation agency Metro Transit announced yesterday (11 December) it intends to introduce the electric buses onto the streets of twin cities Minneapolis and St Paul by 2022, after which it is considering the possibility of phasing out diesel buses altogether.

The agency had been relying on hybrid diesel vehicles until clean energy advocates pressured it to study the implications of electrification.

Speaking at a Metropolitan Council meeting reported by the city’s Star Tribune newspaper, Brian Funk, Metro Transit’s deputy chief operating officer for bus, said: “It’s an aspirational goal, but we think this plan is set up to be fully successful.”

Janiece Watts, of Fresh Energy, lobbied for the shift towards all-electric transport.

She added in a statement: “Renewable energy and transit are critical pieces to transitioning Minnesota to a liveable environment free from fossil fuel emissions, where everyone can travel without the burden of pollution safely and economically.”

Minneapolis – the largest city in mid-western US state Minnesota – isn’t alone in attempting to replace diesel with electric, with the entire state of Oregon planning to do so over the next 22 years in a plan set to cost $500m (£380m).

A recent study by international research company Navigant Research predicts, by 2027, electric buses will account for 27% of new bus sales in the US.

The vehicles emit no exhaust emissions, meaning they cause no harm to the environment unlike their petrol and diesel counterparts, and they have an average range of about 200 miles – though extreme temperatures can reduce this.

They can also be up to eight-times more efficient than buses relying on traditional fuels.

The clean energy advocates that lobbied for Minneapolis to bolster its electric fleet are part of a group known as the Coalition for Clean Transportation.

Joshua Houdek, land use and transportation manager for environmental campaign group Sierra Club, which is part of the coalition, told Energy News Network: “It’s a huge step forward and shows that Metro Transit, the largest transit agency in the state, and the Met Council are committed to taking action on climate change.

Organising lead for the coalition Noa Shavit-Lonstein added: “Community members came together and told the Met Council that they should make it a priority, for the health of our communities and to reduce climate impact, to switch over to these vehicles.”