A new Mercedes-Benz battery factory will be built alongside the Daimler AG subsidiary's existing vehicle plant in Alabama, marking its commitment to electric vehicle production in the area 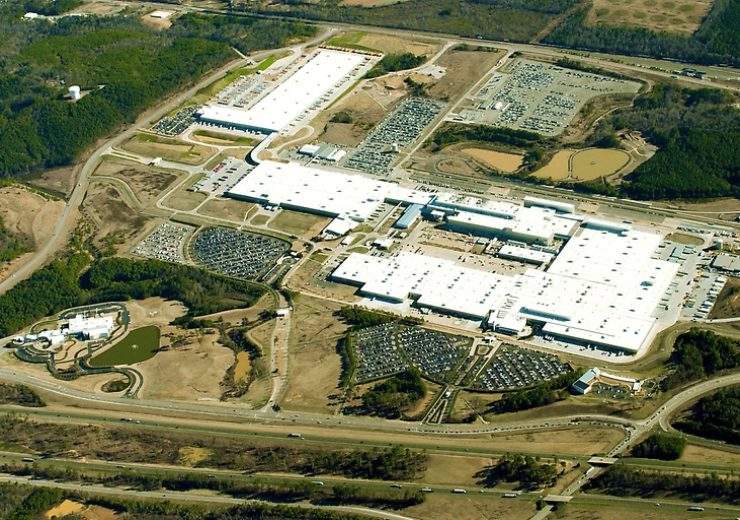 The upcoming Mercedes-Benz plant in Alabama, US (Credit: Daimler)

One of the world’s biggest automakers has solidified its commitment to electric vehicles with the start of construction on a new Mercedes-Benz battery factory in the US.

Located in Alabama, next to the Daimler AG subsidiary’s existing Tuscaloosa vehicle plant, work on the upcoming facility was announced with a ceremony on 5 October.

Its main function will be to provide batteries for the future electric vehicles set to be part of the German manufacturer’s product and technology brand EQ, which it announced at the Paris Motor Show.

Markus Schäfer, member of the divisional board of Mercedes-Benz cars, production and supply chain, said: “The widely export-oriented Mercedes-Benz plant in Tuscaloosa is a high-tech production facility with a successful history and an exciting future in terms of our brand in the United States.

“We aim to play a pioneering role in the development of e-mobility and are well prepared to accomplish this mission.

“One year ago, we announced a $1bn (£770m) investment in Tuscaloosa mostly for the production of electric SUVs and a battery plant.

“We are bringing electric mobility for Mercedes-Benz to the US. Around the globe, we are preparing six sites for production of EQ models and our battery network will consist of eight factories.”

The new factory will be built seven miles away from the existing vehicle production site in Tuscaloosa.

More than $6bn (£4.6bn) has already been invested in the plant since 1995, with the recently announced additional $1bn (£770m) set to help Mercedes-Benz drive its electric transport initiative in the area.

Once completed, the planned factory is expected to create an additional 600 jobs in the US state.

It will be built alongside the planned Consolidation Centre, which was also announced as part of the 2017 $1bn investment.

The centre will comprise three areas each responsible for different functions: One for body part preparation, another for assembly parts preparation and a final location for storage.

The announcement of both facilities’ construction came in conjunction with the unveiling of the first Mercedes-Benz GLE, which left production lines last Friday and is now available to customers worldwide.

The big picture: How CFOs can develop smart strategies through analytics and insight

A question of purpose: How finance can drive an organisation's principles and practices