High-speed rail in Britain should be an ‘X’ that connects whole country – not just London, says thinktank

Thinktank Greengauge 21 has made a series of proposals in its Beyond HS2 report for high-speed rail upgrades across the UK, including new lines in Scotland, London to Stansted and in the West Midlands 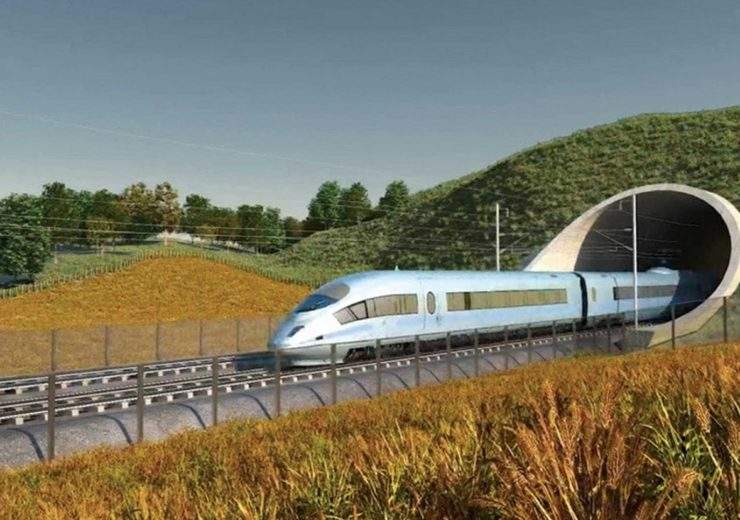 Britain’s new high-speed rail network should link up its regional cities rather than simply provide faster connections to London if national productivity is to be transformed, according to a railway thinktank.

Rather than the current “Y” shape being proposed by the UK Government for HS2, Greengauge 21 says the railway should be re-orientated to form an “X” – swapping a “hub-and-spoke” model centred on the capital for a set of upgraded city centre “hub” stations around the country.

Its vision includes creating a new connection in the West Midlands that means high-speed trains could operate from Bristol and Cardiff to destinations in the Midlands, the North and Scotland.

The not-for-profit organisation, established in 2006 to research and develop the concept of a high-speed rail network as a national economic priority, believes this would give the UK’s rail strategy a specific objective of boosting national productivity levels.

A “guiding mind” for high-speed rail in Britain

Greengauge 21 director Jim Steer, one of five co-authors of the report Beyond HS2, said: “Britain lacks a long term national railway strategy beyond HS2. We need a plan to put rocket fuel into our economic productivity and today’s report sets out proposals to do so.

“It is vital for the future of the country that no region is left behind, and the national railway strategy needs to reach all parts of the country.

“To transform productivity across the whole of Britain, we need to transform the connectivity of dozens of cities the length and breadth of the country.

“Fundamentally, we need to completely re-orientate the railway from a ‘hub-and-spoke’ centred on London to a fully national network.

“What we have published today provides a wealth of new analysis on connectivity strengths and weaknesses across the country.

“It is often said that rail needs a ‘guiding mind’ and we hope this report will show just what can be achieved by being prepared to think strategically.”

The report’s key proposals, which it wants to be implemented by the middle of the 21st century, include:

The Greengauge 21 report said there is a long-standing productivity gap in the UK, meaning that the output per worker employed in the UK is well below most of the country’s major international competitors.

Britain’s productivity continues to lag behind the average for the other six G7 economies, with Office of National Statistics figures showing a gap of 16.3%.

Compared to our European neighbours, the UK’s productivity is lower than Italy by 10.5%, lower than France by 22.8% and lower than Germany by 26.2%.

These figures are calculated on a current price GDP per hour worked basis.