Cuadrilla has already built a horizontal fracking well in Lancashire, and now it wants permission from Business Secretary Greg Clark to begin hydraulic fracturing at the Preston New Road site - despite major opposition from environmentalists 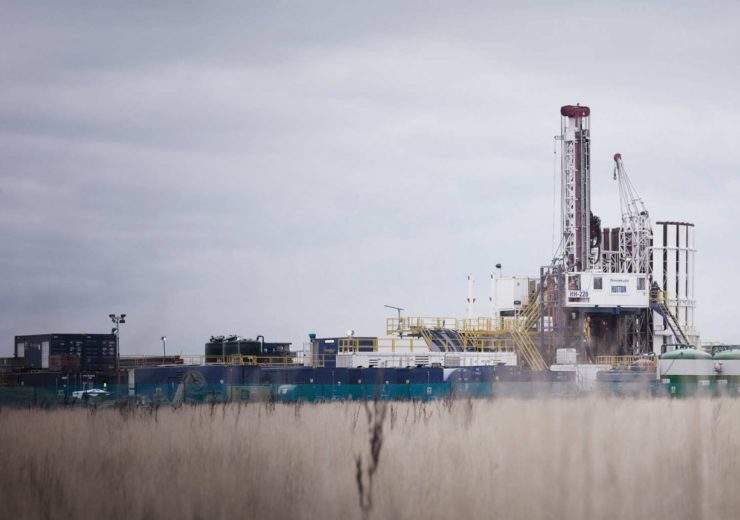 Fracking in Britain may not be far away after oil and gas company Cuadrilla asked the Government for consent to carry out the country’s first ever hydraulic fracture.

The company has submitted an application to Business Secretary Greg Clark for permission to frack in a horizontal shale gas well built near Blackpool in April.

The well at its Preston New Road exploration site, in the parish of Westby-with-Plumptons, Lancashire, is about 8,900ft deep through the Lower Bowland shale and extends laterally for 2,600ft.

If permission is granted, fracking could commence in both wells over the second half of this year, before connecting them both to the local gas grid network in 2019.

Cuadrilla CEO Francis Egan said: “Following the Government’s very recent announcement which underlined the national importance of shale gas we are very pleased to submit our application for hydraulic fracturing consent to the Secretary of State.

“We are now very close to demonstrating that Lancashire shale gas can be commercially developed in a safe and environmentally responsible manner.

“We look forward to receiving consent to progress from the Secretary of State at the earliest opportunity.”

Environmental campaigners have called on Mr Clark to turn down the application while a legal challenge continues over how Cuadrilla was granted a permit to frack by the Environment Agency.

Helen Rimmer, Friends of the Earth North West campaigner, said: “The Government’s so-called gold standard regulation is supposed to reassure everyone, but we believe our legal challenge shows the opposite.

“Greg Clark should not grant fracking consent while significant questions are raised about basic regulation in the High Court.

“Fracking is unwanted, bad for people, the environment and our climate, and should be stopped.”

Meanwhile, Cuadrilla has also applied to the High Court for a revision of its injunction that forbids protestors from trespassing on the Preston New Road site, saying it has the support of farmers who own neighbouring land.

It wants a new regulation that prevents unlawful obstruction of the site entrance and an adjacent road, as well as to the supply chain.

Mr Egan said: “Whilst we fully respect the right to peaceful and legal protest, unfortunately over the last 18 months we have seen an extraordinarily high level of unlawful protest activity.

“This has been directed at and impacted not just our workers but also our suppliers and other law abiding citizens using the main road passing our site for their normal daily activities.

“Such unlawful conduct cannot be permitted to continue, and we hope that if we can secure this injunction it will deter this unlawful behaviour which is reckless and continues to cost local taxpayers millions of pounds.”

The application will be heard by the High Court at Manchester Civil Justice Centre on Thursday 31 May.

Cuadrilla previously attempted to carry out a frack at a site in Preese Hall, Lancashire, in 2011 but stopped after seismic activity in the area.

It was later plugged with cement and restored to greenfield land in 2015.