How the cocoa industry is working closely with governments, farmers and other partners to make the commodity's production more sustainable and fair for the millions who rely on it 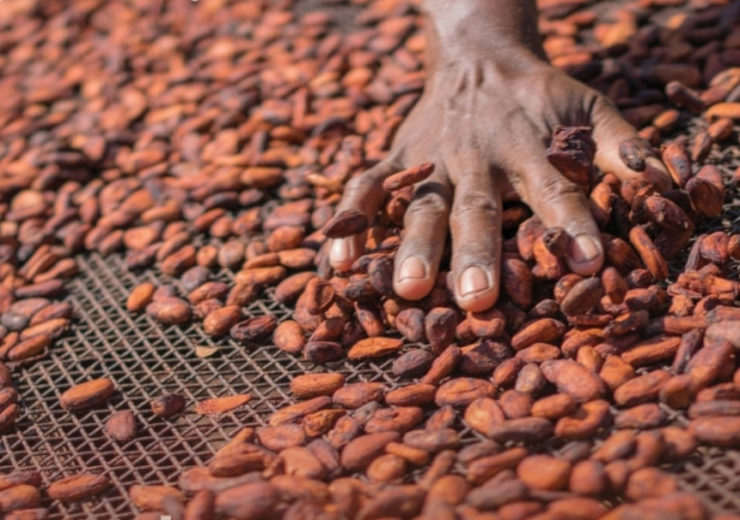 The World Cocoa Foundation, has been working on making cocoa more sustainable for decades

While the coronavirus pandemic has driven people indoors, many have taken solace in the small pleasures in life, including chocolate. As people indulge their sweet tooth in these difficult times, it is worth considering what it will take to produce chocolate in a way that is better for the millions of people in society who depend on it and for the planet. Richard Scobey, president of the World Cocoa Foundation, explains what needs to be done.

The cocoa and chocolate industry, in collaboration with the World Cocoa Foundation, has been working on making cocoa more sustainable for decades. Its 100 members, representing 85% of the supply chain, are cooperating on three big problems:

Much has been accomplished, but a lot more remains to be achieved.

Take the first problem: increasing incomes. Cocoa is grown by millions of smallholder farmers in tropical countries, with most of its production coming from West Africa. An example of the challenges involved can be seen in the demands placed on cocoa farmers, like Haruna Arko in Ghana. During a good season, Arko earns enough to provide for his family. He is able to pay the school fees for his seven children and open up a provision store for his wife, so she can bring in some extra income. He is even able to buy another plot of land to develop for more cocoa.

Unfortunately, the weather, yields and prices are highly variable in cocoa farming, and Arko struggles outside of the season to pay for his children’s education. His struggles are typical for the millions of farmers who work to supply the core ingredient for chocolate.

Producers need to earn enough to give their families a decent standard of living and ensure the long-term future of cocoa. The sector is, therefore, working closely with governments, farmers and other partners to make cocoa farming more profitable, and raise the worker’s income. The industry is now implementing the new living income differential, which Côte d’Ivoire and Ghana introduced in July 2019.

For several years, businesses have paid an additional premium for cocoa that is sustainably grown, without child labour and deforestation. The goal is to help farmers grow more cocoa on less land, with higher income. These schemes support farm renovation and diversification, strengthen farmer organisations and increase access to financial services.

Ediko Appo Agnes’s story is a successful example of how these industry programmes are working. An urban migrant who returned to the land in Côte d’Ivoire, she was able to boost her yields on her small cocoa farm after receiving training from a company-supported cooperative in the Agboville region.

Raising incomes for farmers is also central to overcoming two other challenges facing the cocoa sector: child labour and deforestation.

When talking about child labour, it is usually defined as work that harms a child. N’Dri Kouadio Pascal, a cocoa farmer in Côte d’Ivoire, knows what this means from his own life experience. He is an orphan and had to work throughout his childhood. He never went to school and survived by working on cocoa farms.

Child labour is primarily driven by poverty. Two thirds of the world’s cocoa is grown by 1.6 million farmers in Ghana and Côte d’Ivoire. Many of these farmers live below the poverty line and are too poor to hire adults – so they hire children to work.

This is very different from child slavery. The industry has zero tolerance for forced labour, modern slavery and human trafficking. These practices are actually extremely rare in the cocoa industry. A recent report showed that fewer than 0.17% of children working in the cocoa industry in Côte d’Ivoire could be classed as forced labour. Slavery and human trafficking are against the laws of Côte d’Ivoire and Ghana, ILO conventions and human rights. If any evidence is found by companies, then it is reported to the authorities who have the power to pursue, arrest and bring those who traffic children to justice.

The biggest concern in the cocoa sector is what the International Labour Organisation (ILO) calls the ‘worst form’ of child labour. In the cocoa industry, this means children doing hazardous work with sharp tools or pesticides, lifting heavy loads, working long hours or clearing land with fires. According to estimates, this affects two million children in Ghana and Côte d’Ivoire, and an upcoming US government study into child labour is expected to show the problem is not getting solved quickly enough.

Chocolate companies have spent more than $215 million over the past two decades to tackle these problems, which has been spent in the following five key areas:

These key investments have shown results. The International Cocoa Initiative estimates that child labour has fallen by about 50% among the children identified by its programme.

Companies aren’t standing still either. The industry is working closely with governments and UN agencies to develop a new public-private partnership that builds on what has been learned, and takes the fight against child labour to a new and much higher level. This partnership aims to go further than previous actions by fighting poverty as a root cause of the practice.

Initiatives include improving education for children with a major public-private investment in schools in Côte d’Ivoire. Also planned are further actions to increase farmer incomes, so that they no longer need to use their children as workers. Initiatives will include expanding health, nutrition and child protection services.

A third challenge linked to farmer poverty is deforestation. If cocoa farmer Yao Ahou is asked why forests matter, it seems obvious to her. She has witnessed the ecological impact of deforestation in Ndenou, Côte d’Ivoire, first-hand.

Yao is one among more than a million people who are actively involved in the cocoa and forests initiative. In 2017, top cocoa-producing countries Côte d’Ivoire and Ghana, along with leading chocolate and cocoa companies, committed to woodland protection and restoration within the framework of the CFI. While deforestation rates are dropping in some protected zones – in response to the collaboration between industry and governments under the initiative – there is still some continued conversion of forest land for smallholder cocoa farming in other areas.

The companies involved published their first individual action plans to reverse deforestation under the initiative in early 2019. They only published their first progress reports, however, to demonstrate that they are taking the critical steps to map and monitor farms where cocoa is grown, in order to ensure forests are not being destroyed as a result. However, it will take several years until there is measurable progress in restoring forest cover and reducing carbon emissions through climate-smart cocoa production.

There is, therefore, much more to do to achieve the goal of stopping logging, and restoring forests. In 2020, the industry and governments will accelerate collaborations across cocoa landscapes and put effective new tools in place to monitor and eliminate any new deforestation. They will work together to mobilise sustainable funding, especially for the key areas of protection, and restoration of national parks and classified forests. They need to further involve communities to improve livelihoods and ensure full engagement in forest protection, addressing critical issues, such as carbon footprint and biodiversity.

Much more needs to be done, and the World Cocoa Foundation invites every player in the cocoa and chocolate industry to join it in making their supply chain more sustainable. Cocoa cooperatives, traders, logistic providers, supply chain companies, manufacturers and processing technology businesses must all collaborate with farmers, governments and civil society for the long-term. Everyone must work harder to achieve a thriving and sustainable cocoa sector, where farmers prosper, communities are empowered and the planet is unscathed in the years to come.