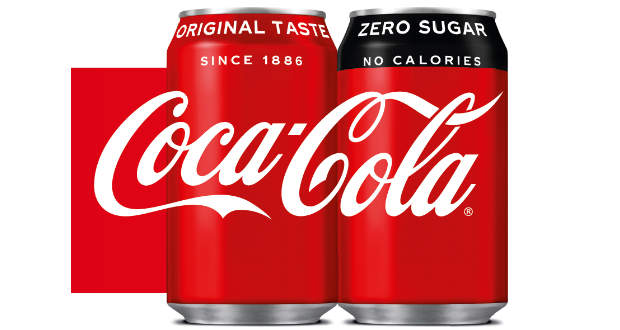 Coca-Cola’s new packaging designs have narrowed the difference between its original taste and zero sugar soft drinks in Britain.

The beverage giant has made the biggest change to Coca-Cola zero sugar, with bottles and cans now bearing a red design similar to the original recipe but with a black “zero sugar” band at the top.

The bottles will also be provided with coloured caps to help consumers to easily differentiate between the original recipe and no sugar variants.

It says the refresh, which will be launched next month, forms part of its commercial strategy to drive more people towards the zero sugar drink, following the introduction of “sugar tax” in the UK in April.

“Sales of Coca-Cola zero sugar have almost doubled in the last two years and we believe this latest change will help us grow it even further and encourage more people to give it a try.”

Coca-Cola was introduced in 2005 and reformulated with a new recipe and packaging in 2016.

According to the company, about 58% of Coca-Cola drinks sold in Britain, also including Diet Coke, has no sugar.

Coca-Cola’s new packaging will be supported by a £5m marketing campaign, which will address changes to consumers.

The campaign will also include a 10-second and 30-second TV advert, as well as home advertising.

In 2015, Coca-Cola included all its variants under one brand and promoted all variants together in campaigns.

Coca-Cola also noted that its packaging will continue to be 100% recyclable and is aiming to increase the recycled plastic in all of its bottles from 25% to 50% by 2020.