Cleveland has become the 83rd US city to implement a 100% renewable energy target for 2050 as part of an updated climate action plan, which also includes a goal to reduce the city's greenhouse gas emissions by 80% from the level it was in 2010 by the same date 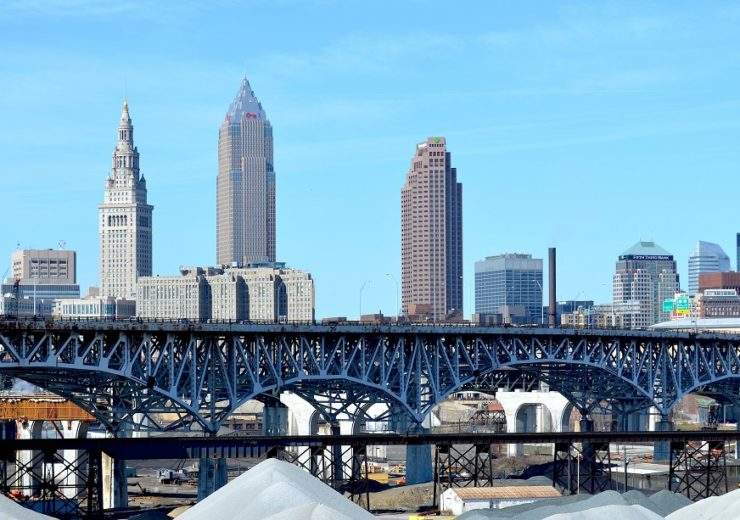 Cleveland’s climate action plan has been updated to include a 100% renewable energy target by 2050 – making it the 83rd US city to announce similar pledges by that date.

The revised strategy, which involves a reduction in greenhouse gas emissions of 80% from 2010 levels over the next 32 years, outlines how the Ohio city will develop more renewable energy sources while improving existing ones – such as the offshore wind power facility in Lake Erie.

It also defines how it will increase the use of public transport and accessibility of electric vehicle charging to reduce its reliance on fossil fuels, while cutting emissions by improving the energy efficiency and deign of its buildings.

Cleveland officials revealed no details concerning how it plans to interact with energy companies as far as implementing the plan is concerned, which has drawn criticism over the validity of its intentions.

In a letter introducing the report released last week, Cleveland Mayor Frank Jackson said: “For the past year, the city of Cleveland has led a community process to update its climate action plan.

“When the US pulled out of the Paris Climate Agreement in 2017, it became clear
that leadership from local government, businesses and civic institutions is needed now more than ever.

“This plan is about much more than climate change. Implementing the actions in this plan will create a more sustainable Cleveland.

“By strengthening our economy, cleaning our environment, and improving the health and wellness of Clevelanders, we are building a thriving green city on a blue lake.”

According to America’s largest environmental organisation Sierra Club, Cleveland’s announcement makes it the 83rd US city aiming to have 100% renewable electricity by 2050.

It joins the likes of San Francisco, San Diego, Portland, Minneapolis and Orlando in this regard, while six cities including Georgetown and Burlington have already attained exclusively clean energy.

“We’ve reduced carbon pollution while growing the economy, water quality and air quality have continued to improve and the city has been recognised for supporting solar and wind energy.

“Despite this momentum, we know much work remains to accelerate progress, and to ensure those most in need enjoy the benefits of climate action.

“This plan update builds off the previous work by firmly establishing a series of cross-cutting priorities: Social and racial equality, green jobs, resilience to the impact of climate change, and business leadership.”