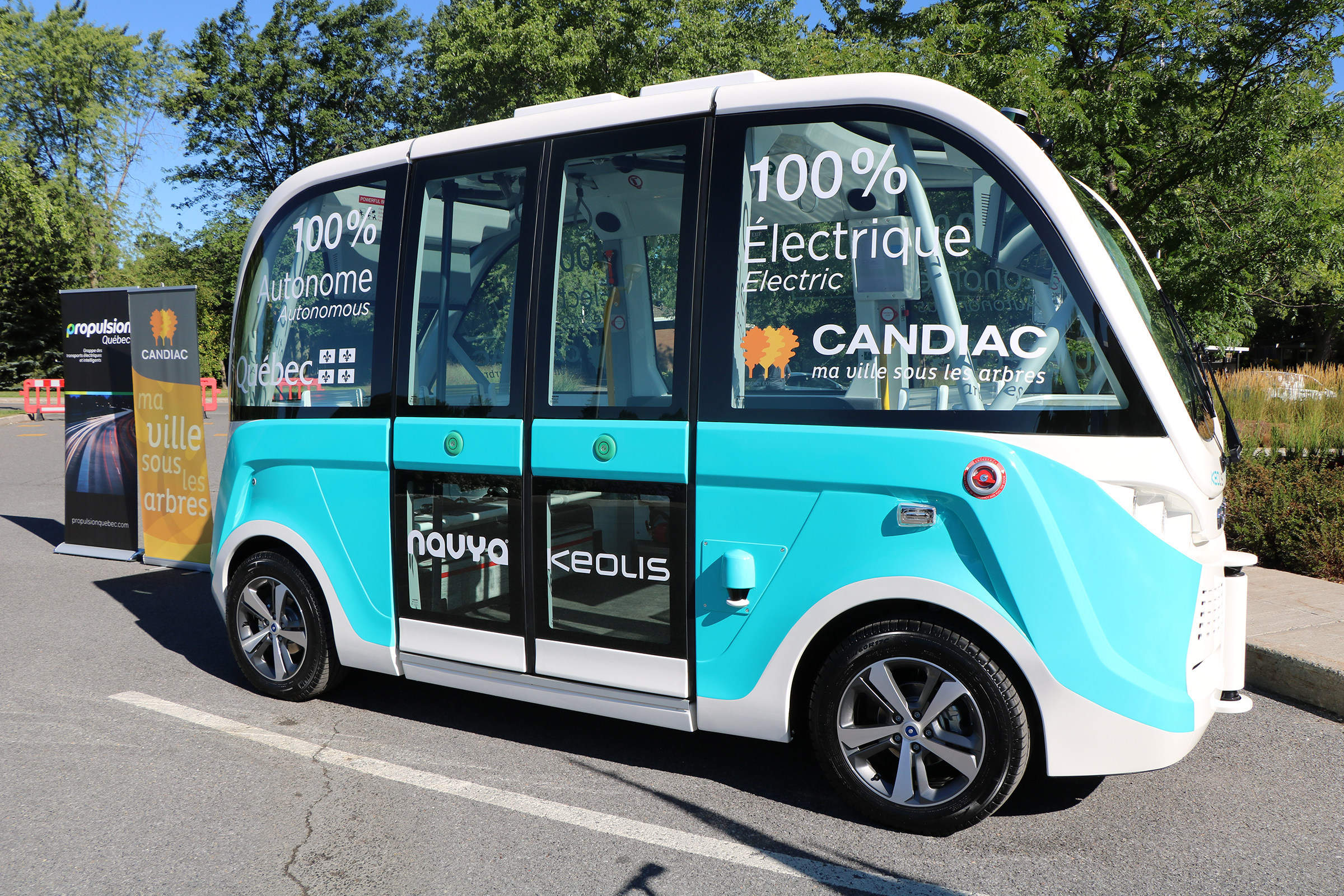 A fully autonomous electric shuttle will be rolling onto the streets of a Canadian town from next month.

In what will be a first for the country, the battery-powered shuttle will reportedly provide citizens in Candiac with free transportation from the park-and-ride lot in the south to André-J Côté Park by the St Lawrence River in the northernmost part of the Montreal suburb.

They will run through until winter, when weather conditions prevent further use, though a passenger-free experimentation phase will continue thereafter to assess the vehicle’s performance during the inclement season.

“We are constantly working to provide additional multi-modal transportation options while remaining steadfastly focused on the notions of sustainable development and the smart city.

“A true showcase of technological advancements, the autonomous electric shuttle project put forth by Keolis Canada and NAVYA is perfectly aligned with our vision in terms of innovation and is at the heart of our 2014–2029 strategic development plan.

“We are extremely proud to be the first city in Canada to move forward with a project of this nature.”

In addition to providing more transport options for Candiac’s 21,000 residents, the goal of the project is to contribute to the evolution of autonomous transport technology.

Though it will be self-driven, an operator will remain on-board the shuttle for the duration of its journey in case of emergency.

In his announcement today, transport minister André Fortin noted the involvement of transportation company Keolis Canada and autonomous and electric manufacturer NAVYA which were instrumental in making the joint-project possible.

A subsidiary of Keolis Group, Keolis Canada specialises in the transportation of people whether it is urban, school, airport, chartered, or light rail.

Its team of more than 900 employees ensures the ongoing operation of a 410-strong fleet of vehicles which carry almost ten million passengers every year.

The Quebec government has provided financial support and will continue to do so.