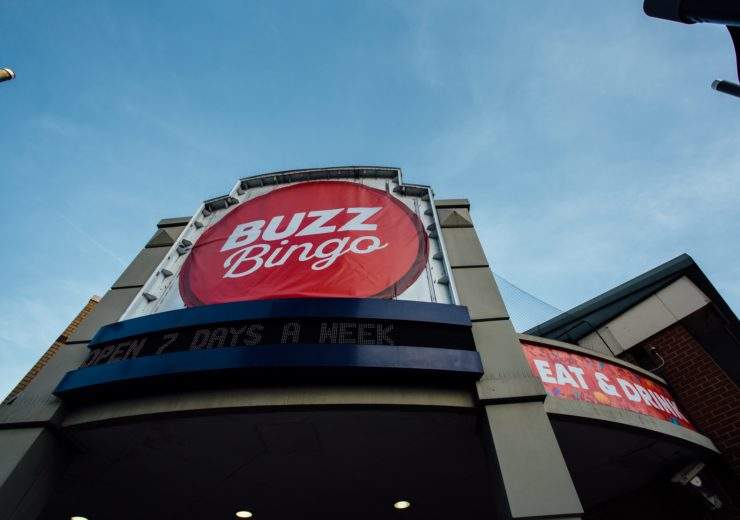 Gala Leisure clubs have been a staple of Britain for 27 years – but Britain’s largest bingo operator has rebranded to Buzz Bingo as part of a £40m investment.

The Nottingham-based company has also given its venues and online platform – now named buzzbingo.com – a refresh as bingo enters the modern age.

It has already renamed 103 bingo clubs, with plans to complete a final 19 venues in February next year.

“Our players and colleagues feel it sums up their experience of being part of our family.

“We’re focusing on our players and providing them with somewhere they can go to have fun and feel part of a community, no matter who they are or where they’re from.

“We designed our new online platform to highlight and celebrate that our players span all generations and backgrounds. We want the great British public to fall in love with Bingo again.”

From Coral to Gala and now Buzz Bingo

The chain has endured a number of guises with roots stretching back almost four decades.

Initially operated by Bass Leisure, a division of the Bass plc company behind the once-famous Bass Pale Ale brand, in 1983 it had 22 bingo clubs operating under the Coral brand now better associated with bookmakers.

In addition, there were 24 clubs located in Pontins holiday camps.

Bass expanded by taking over companies including Thorn EMI, Zetters Leisure and Granada plc to make it the UK’s joint-largest bingo operator alongside Rank Organisation with 165 locations in 1991.

In October that year, the Gala brand was launched by incorporating the letters from “Granada” and “Coral”.

Several other acquisitions – including a management buyout – have since taken place, with the Gala Coral Group formed in 2005 after Gala purchased Coral Eurobet for £2.18bn.

The most recent deal involved Ladbrokes taking over Gala Coral’s betting assets for £241m in 2016 to create Ladbrokes Coral – although the 130 Gala bingo clubs were not part of the merger.

The introduction of a smoking ban for indoor public places in Britain in 2007 has been partially attributed to the gradually decreasing popularity of bingo.

While the number of Gala clubs peaked at about 174 during its heyday, it now has 122 venues – prompting the operator to innovate.

Putting the Buzz back into Bingo

The latest chapter in the company’s history will be marked with the official launch of a major advertising and “creative” campaign for its new brand on Friday (12 October) with the aim of attracting a younger audience.

Buzz Bingo has partnered with gambling software developer Playtech as the platform and content provider for its bingo and slots.

It claims the website is a “powerful omni-channel platform delivering gaming and player engagement capabilities on mobile, tablet, desktop and touchpads in all clubs”.

In the future, it says this technology will allow customers to enjoy seamless play in clubs and online – “creating that community feeling on and offline”.

The company’s digital team built the website after compiling market intelligence about all aspects of a player’s online journey from sign-up to the size and quantity of jackpots.

Buzz Bingo digital director Stevie Shaves said: “Like our clubs, buzzbingo.com is all about community.

“We spent over a year ensuring our online offering is exactly what players want. We’ve captured the in club feeling of being among friends and delivered it online.

“When players log in to buzzbingo.com, they see where their ‘Buzz Buddies’ are playing and can join their game in seconds. This seamless process truly encompasses what we are all about as a brand.”

Buzz Bingo now has hundreds of slots games online and in clubs.

They include those with smaller and more frequently won jackpots, as well as progressive jackpot games totalling more than £9m.

There are no wagering requirements on bonuses so players can withdraw bonus winnings of more than £5.

The company, which has offices in Nottingham and London, claims to have more than 1.1 million active club members and welcomes 200,000 players through its doors every week.