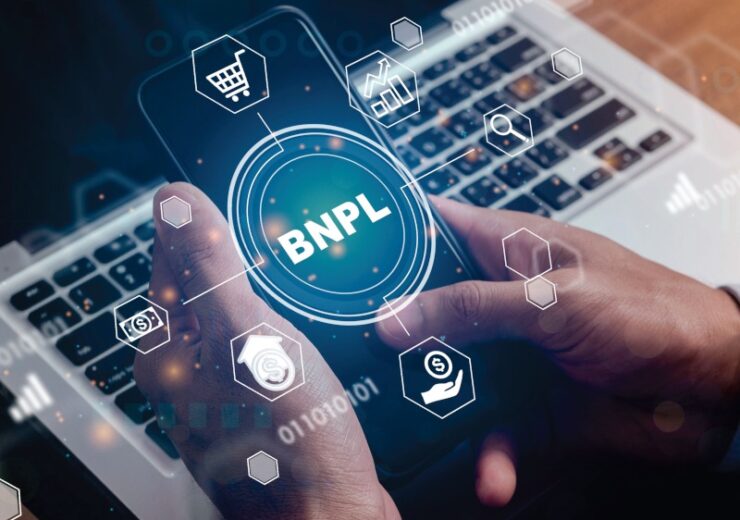 Last October, when Standard Chartered and Atome Financial announced a ten-year multi-product strategic partnership to deliver a wide range of financial services to consumers and merchants across key Asian markets, it was widely viewed as a logical move. This, after all, was typical of a traditional bank looking to generate new revenue streams – and also retain existing customers.

“Consumers have become accustomed to being offered a selection of payment options when shopping both online and in-store,” says Antony Stephen, official spokesperson for BNPL at Barclays, as well as CEO of Barclays POS finance business. That is especially true, Stephen emphasises, when it comes to “new payment methods that enable them to manage their finances more flexibly”.

Little wonder, then, that banks like Standard Chartered are rushing towards introducing so-called ‘buy now, pay later’ (BNPL) schemes – allowing customers to spread the cost of purchases without incurring any fees or interest. Nor is the Asian giant alone. The global BNPL space – a market accounting for an estimated 2.1% of global e-commerce transactions in 2020 – is forecast to double to 4.2% by 2024.

Barclays Partner Finance, for its part, has been providing regulated point-of-sale lending products and services for many years, offering interest-free and interest-bearing loans over a range of lending periods. Last December, for instance, it extended its partnership with Amazon, enabling customers to pay in instalments on purchases of £100 via the Barclays app.

It pays to be flexible

This new flexible payment method – known as Instalments by Barclays – is a fully-regulated lending option whereby the bank carries out credit and affordability checks to ensure consumers are only borrowing what they can afford to repay. If flexibility is the major takeaway here, it certainly has not been lost on BBVA either, where Eduardo Flores, global program manager for BNPL, says the bank currently has “three large blocks of solutions” in development.

“In the first place [there are our] own developments, such as the one we’ve promoted with the AliExpress partnership in Spain, so that buyers can defer payments for purchases on this platform,” Flores explains. “Secondly, there are solutions done in collaboration with third parties. Thirdly, there are those initiatives based on the bank’s own payment tools, with the aim of improving the shopping experience for BBVA customers, with more flexibility, control and transparency.”

In the broader BNPL space, meanwhile, Klarna continues to loom large. Based in Stockholm, the Swedish giant has moved into ten new markets since the start of 2020 alone. This growing international presence is unsurprisingly making more traditional providers, including major banks, sit up and take notice – especially given the US is currently Klarna’s fastest-growing key market by volume. Part of Klarna’s success has been attributable to customers being ‘less sticky’ than has been the case historically. This relative lack of consumer loyalty means they are more likely to accept a one-off ‘deal’ before moving on to another provider.

Noteworthy too is the fact that the BNPL business model does not rely on monetising the consumer. Instead, BNPL providers generate most of their revenues by charging merchants a fee for helping secure the sale. Moreover, merchant loyalty can be bought – despite BNPL fees typically being higher than those when accepting payments via credit or debit cards – simply because many merchants find these fees are more than offset by the benefits of offering BNPL as a payment option.

“[There are our] own developments, such as the one we’ve promoted with the AliExpress partnership in Spain, so that buyers can defer payments for purchases on this platform.”

On the face of it, then, operators like Klarna pose a major threat for traditional banks looking to both attract and retain customers. BBVA’s Juan José Solís, however, is sanguine. “The loss of stickiness with banks isn’t new, there have always been clients who operate with various entities,” explains Solís, global head consumer finance, open innovation and new business models at the Spanish bank. “But the mainstream banks still keep the strength of trust and the strength of the brand.”

Users admitted choosing BNPL because they had insufficient funds to pay for their purchase.

Solís adds that the value proposition of banks combines three elements: the digital side, financing and loyalty. All these are supported by businesses. As he puts it: “The bank’s relationship with the client implies knowing their trajectory, having the management of their finances and a fluent interaction with them so we can provide them with a better service based on that knowledge.

“Although at specific points the client may want to operate with other entities,” Solís adds, “they’d rather perform most of their transactions with us. Therefore, we must be able to offer the best solutions, and we’re doing so. BBVA’s Aqua Card, for example, outperforms any fintech solution in terms of user experience [digital first] and security.”

At Barclays, meanwhile, Stephen argues that while customers are becoming increasingly savvy (and less loyal) with their finances, banks and credit providers still need to act responsibly. “They should be focusing on long-term customer outcomes rather than short-term profit, by making responsible lending decisions to ensure customers are only borrowing what they can afford to repay.”

A fair point. After all, the bank’s own research shows a lack of regulation around BNPL products, something that can potentially lead to irresponsible lending whereby people take out BNPL contracts – despite having previously been rejected by regulated alternatives. According to that study, 35% of BNPL users admitted choosing the service because they had insufficient funds to pay for their purchase. Even more tellingly, 10% said they picked a BNPL because their applications for a credit card had been rejected.

Despite the threat of tighter regulation and increased competition, Solís argues that flexible payment solutions like BNPL are here to stay.

“There is a requirement now for banks to take stock, consider their options and develop robust plans to respond to customer demand,” he says. “Some banks will succeed in developing simpler, more dynamic and easier models, extended to more people.

“There also may be a convergence between the services offered by banks and fintech,” Solís continues. “There is no doubt that the banks will continue to implement the improvements in payments that the customer demands.” Of course, much will also depend on the degree to which those fintechs with banking licences decide to compete in the wider financial services space.

What is clear is that existing models will need to be tweaked, ensuring that card issuers will have to modernise by adopting microservice-based technical architectures, as well as increasing the use of APIs and cloud-based hosting of processing platforms. Yet if APIs and cloud-based hosting can provide the underlying architecture to bolster customer outcomes, the key point to make for BNPL is that it offers a ‘smooth’ payment journey. As Stephen explains, this is partly because BNPL providers are subject to less regulatory oversight around credit and affordability checks.

This is set to change, and not before time. After all, and according to research by Barclays Partner Finance, 39% of BNPL users lacked a full understanding of how the products actually work. Even more strikingly, 58% of respondents were apparently unaware that these unregulated loans offered them less protection than regular products.

To put it another way, it seems fair to agree with Stephen who argues that regulation is vital – ‘smoothness’ be damned. “Once the new regulations are put in place, it may mean the BNPL customer journeys aren’t as smooth as they have been,” he says. “But we believe it’s a price worth paying if it means protecting consumers from problem debt.” Solís makes a similar point, suggesting that regulation is an inevitable consequence of concerns around the potential targeting of vulnerable consumers, and encouraging them to spend beyond their means.

Flores, for his part, takes a broader view, arguing that growing regulatory attention will “balance the game board”, and that the trend is still for instalment payments to spread globally. Flores further notes that in certain countries where BNPL has already gained traction – notably Australia and the UK – regulators have taken steps to address potential issues. In the meantime, instalment financing is clearly growing internationally, even as traditional revolving financing is winding down and customers are beginning to pay more on debit than on credit.

Fintechs, for their part, are looking for new ways to monetise their clients. Indeed, there is growing interest in expanding business models beyond simple payments, with marketplaces built into payment platforms, allowing customers to buy directly from third-party merchants. Whatever the eventual outcome, traditional banks will need to be on their toes as this new industry evolves.

The power of progressive policies at Trip.com Group