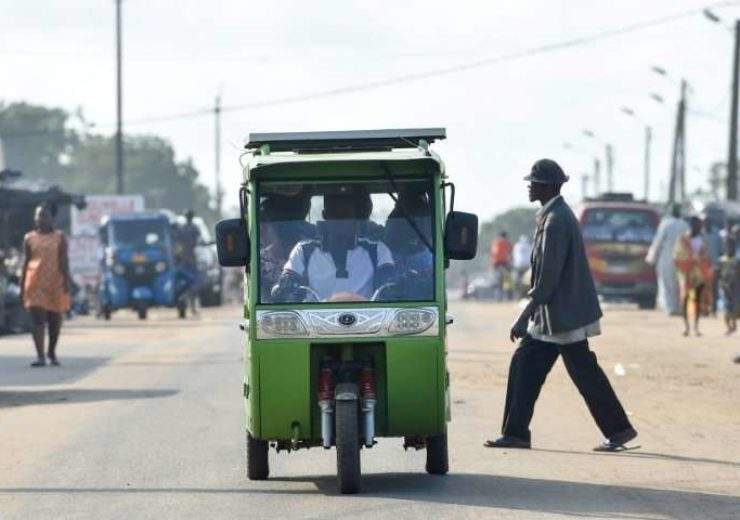 Bush taxis are being replaced by solar-powered vehicles in Ivory Coast (Credit: Phys.org)

Noisy and rickety bush taxis are set to be replaced by hi-tech, cheap and solar-powered three-wheel vehicles in an Ivory Coast town.

The 2.7m-long and 2m-high mini-cars are covered in solar panels, each comprising six 12-volt batteries, which provide them with a range of 87 miles.

Made in China, the “Saloni” or “Antara” tricycles have recently been introduced in Jacqueville and marks the latest chapter in the coastal town’s effort to become the African country’s top environmentally-friendly urban area.

Mayor Joachim Beugre said: “We are used to seeing bush taxis pollute the atmosphere and the environment. We said to ourselves, if we could only replace them by solar trikes.”

“Today, a dozen cars are up and running. We are right in the test phase. More and more people are asking for them.”

Replacing bush taxis is only the beginning for Jacqueville

Jacqueville’s solar-powered tricycles have so far provided work for around 20 people in the town, such as drivers and mechanics.

Mayor Beugre intends to take the vehicles to the country’s northern towns, including Odienne and Korhogo, which benefit from more sunshine.

Next month, he plans to mark the start of the school year by introducing a 22-seat solar coach to Jacqueville, helping schoolchildren with commutes of up to six miles.

The solar-powered tricycles are cheaper than their traditional “woro-woro” downtown alternatives, costing half as much at 100 CFA Francs (14p), with between 500 and 1,000 customers every day to date.

Ivory Coast is the West African leader in electricity production, with 75% of its total amount being generated by thermal energy and the rest sourced from hydroelectric dams.

The country aims for 11% of its total energy consumption to be renewable by 2020.

Mayor Beugre added: “Our ecological project will go all the way and stand up to the power of oil and gas.

“In years to come, we want to ensure that these solar-power machines become the main means of travel in the area.”