Germany energy firm Innogy has opened Brechfa Forest West wind farm, in Wales, which has the capacity to power 38,800 homes in the country - and is set to invest some £11m into the local community over 25 years 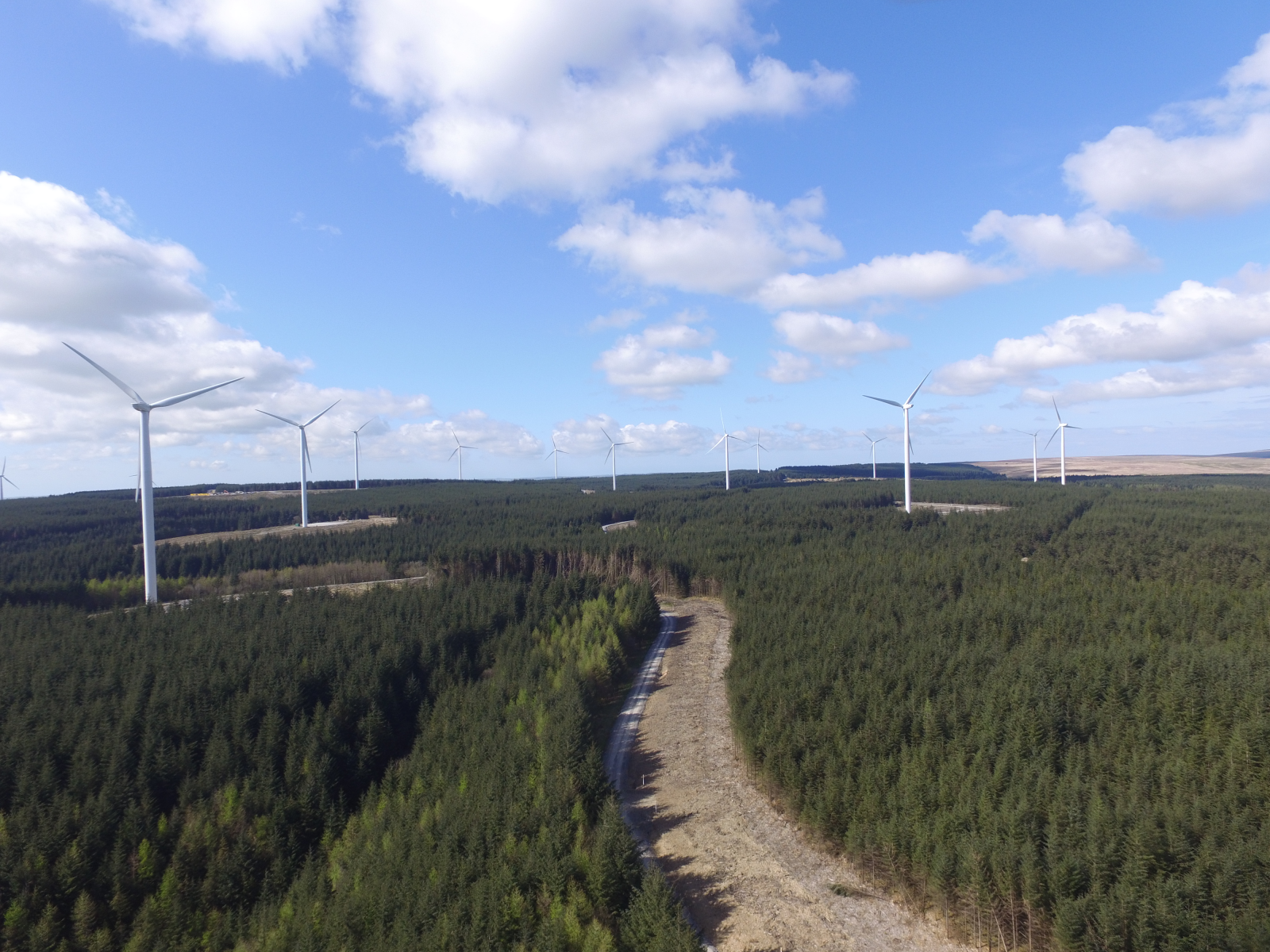 Energy firm Innogy SE is ready to launch its Brechfa Forest West wind farm – which has the capacity to power 38,800 homes in Wales.

Innogy claims the clean energy project has a capacity of 57.4 megawatts (MW), a figure based on generation estimates that could change as it collects real-world data.

Hans Bünting, chief operating officer for renewables at Innogy, said: “It is a very proud day for Innogy and marks the culmination of a tremendous amount of hard work by many people.

“It is our first onshore wind farm to be built in Wales for 12 years and has been built by local people using local materials wherever possible.

“More than 70% of the materials for the civil works were procured from within 30km of site.

“Over the next two years, we look forward to completing another two onshore wind projects in Wales – Mynydd y Gwair and Clocaenog Forest Wind Farm – which, in addition to Brechfa Forest West Wind Farm, equates to a total investment of around £272m.”

Innogy expects the wind farm to have a long-term benefit for Wales and help the government reach its target for 70% of electricity consumption to come from renewable sources.

Welsh government environment minister Hannah Blythyn said: “We want to generate enough electricity from renewables in Wales to equate to 70% of the electricity we use by 2030.

“We are well on the way to this target and electricity generation from renewables in Wales has trebled since 2010.

“Onshore wind developments such as Brechfa Forest have played a major part in this success and to achieve these goals we need more such developments. I look forward to seeing the long term difference the Brechfa development and its associated fund will make to this part of Wales.”

A total of 28 Senvion MM92 wind turbines will generate clean power for the surrounding area.

Innogy said the sum would be invested into the local area over the 25-year lifetime of the wind farm.

It has also claimed that £40m was invested in Wales during construction of the eco-friendly project.

Environment minister Blythyn said: “I’m really pleased to be at Brechfa Forest today to celebrate the inauguration of the £100m wind development, and the launch of the £548,200 annual community investment fund.”

Natural Resources Wales chief executive Clare Pillman added: “The environment is our most valuable natural asset, and sustainable initiatives such as this are a milestone for the development of renewable energy in Wales.

“Projects like Brechfa Forest West wind farm on NRW Managed Estate are testimony to our working partnership with Innogy, to secure the environmental benefits and the economic opportunities onshore wind farms represent for Wales and our Welsh communities.”

The £100m Welsh wind farm was awarded the renewable energy project of the year prize at the BusinessGreen Leaders Awards.