The UK government has passed the Automated and Electric Vehicles Act, which include new laws on introducing charging points at motorway services and giving motorists the same insurance policy for both conventional and self-driving vehicles 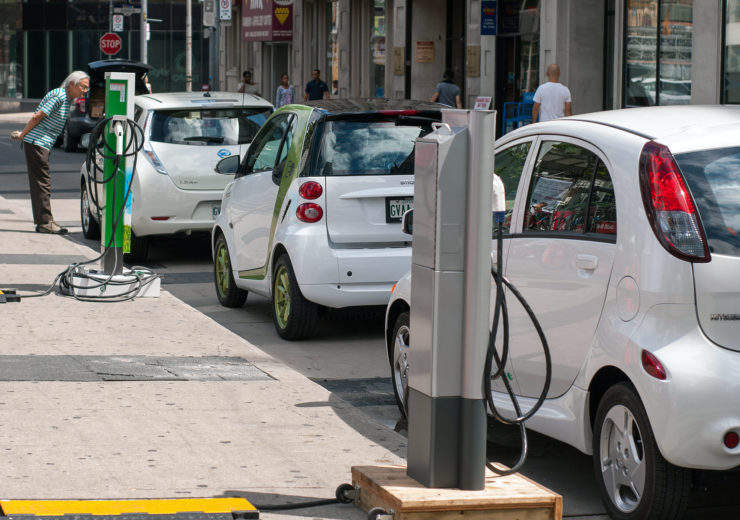 Electric car charging points will become a more common sight on British motorways after the government passed the Automated and Electric Vehicles Act through Parliament.

The legislation gives it new powers to ensure motorway services are upgraded with “plenty” of charging stations, while mayors will be able to request installations at large petrol stations in their areas.

The government said the act provided a major step forward in the UK’s “electric vehicle revolution” and would lead to improved air quality, reduced congestion, better road safety and the creation of thousands of jobs across the country.

Roads minister Jesse Norman said: “The UK is becoming a world leader in the roll-out of low-emission transport. Today we have passed a significant milestone in that journey.

“The increasing automation of our cars is transforming the way we drive, and the government is steadily updating our laws in order to prepare for the future.

“This act will ensure that the UK’s infrastructure and insurance system is ready for the biggest transport revolution in a century.”

As part of the Automated and Electric Vehicles Act, public charge points will be made compatible with all vehicles and a standardised payment method will be introduced to set reliability standards.

How the Automated and Electric Vehicles Act helps self-driving cars

The new laws will also bring automated vehicle insurance in line with long-standing motor insurance practice so drivers are covered both when they are driving and when they have legitimately handed control to a self-driving vehicle.

The measures in the new act form part of the government’s recently launched Road to Zero strategy.

It says this will set the stage for the “biggest technology advancement to hit UK roads since the invention of the combustion engine” and also includes aims to ban new diesel and petrol car sales by 2040.

But the government’s Committee on Climate Change, an independent advisor on a low-carbon economy to the government, said in a report last week that the targets fell “well short” of what is needed.

The UK will also host the world’s first Zero Emission Vehicle summit on 11 and 12 September in Birmingham, promoting the UK as a world leader for investment in and uptake of zero emission vehicles.