Wimbledon's most storied champion Roger Federer has a new $300m sponsor for this year's tournament, marking the end of a 24-year contract with Nike - but what is Uniqlo and how has the considerably smaller brand found its way to the top table of tennis? 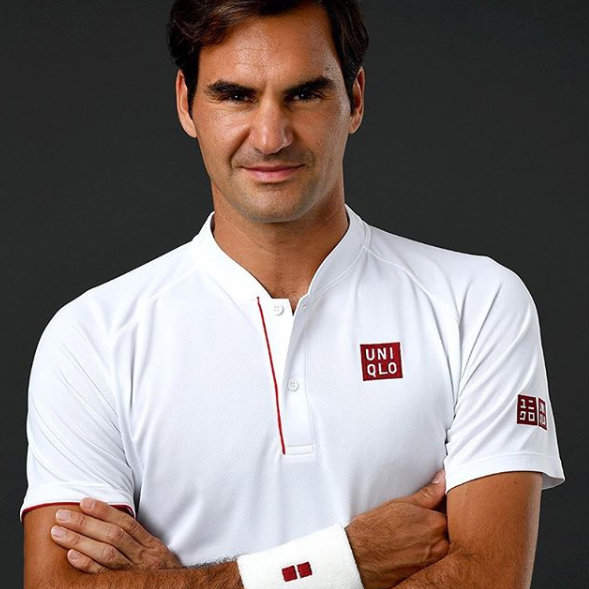 One of the biggest stories at this year’s Wimbledon has nothing to do with tennis and instead concerns Roger Federer’s switch from global giant Nike to a relatively lesser known clothing brand – but what is Uniqlo?

He will apparently be paid whether he plays or not, and with the Swiss having already passed his 36th birthday, he’ll likely be watching tennis rather than playing it for the majority of the deal’s duration.

Federer’s looming retirement could also explain the conspicuous lack of a Nike counter-offer, despite its 24-year partnership with the eight-time Wimbledon champion.

Tennis fans may recognise Uniqlo as the previous sponsor of another tennis great, Novak Djokovic, but the brand did precious little in terms of marketing with the Serbian star, who moved to Lacoste in 2017.

Compared with the way in which Nike has become synonymous with Federer, as well as its other major ambassador Rafael Nadal, the Japanese brand appears to have wasted a lucrative opportunity in this regard.

But that could all be about to change as the globally-beloved Swiss maestro takes to the Wimbledon lawns adorned with the red Uniqlo box rather than the black Nike tick for the very first time.

What is Uniqlo? Tracing its history

Uniqlo is a clothing brand owned by public Japanese retail holding company Fast Retailing, having been founded in Yamaguchi in 1949 as a manufacturer primarily of textiles.

In 1984, it opened a unisex casual wear store named Unique Clothing Warehouse in Fukuro-machi, within Hiroshima’s Naka-ku district, and ten years later there were more than 100 Uniqlo stores operating throughout the country.

But the 2000s proved to be the most expansive period in the company’s history to date as it grew exponentially to become one of Asia’s largest clothing retailers.

It wasn’t all plain sailing, however, as many of its international expansion projects did not go according to plan.

But it wasn’t long before Uniqlo managed to conquer London and, while the majority of its stores are in Japan, the retailer has a strong presence in most of Asia, as well as overseas in the US, Australia and France.

Today, it is a well-established global brand with nearly 2,000 stores worldwide.

What is Uniqlo? Where it sits within Fast Retailing

This equals roughly 80% of Fast Retailing’s total turnover, with its other brands – including J Brand, GU, Comptoir des Cotonniers, Princesse Tam-Tam, and Theory – making up the difference.

Fast Retailing has its sights on global revenue of 3tn yen (£20.3bn) for the end of 2020, and as such will need Uniqlo to continue delivering substantial financial gain going forward.

What is Uniqlo? Inspecting its design philosophy

The company has a dedicated research and development (R&D) department, which identifies new materials to work and tracks the world’s mercurial fashion trends.

Using this information, Uniqlo holds meetings one year ahead of a product’s launch with representatives from the merchandising, marketing and materials development teams to determine the right concept.

It seeks to provide high-quality, innovative clothing that is universal in design and can be worn by anyone, with a simple, refined aesthetic.

Like most clothing brands, the company operates on a seasonal basis, and will use promotional campaigns to highlight new product lines as and when they become relevant.

These are particularly prevalent in Japan, where Uniqlo will have weekly flyers in most of the county’s national newspapers.

What is Uniqlo? Athlete ambassadors

The 28-year old has struggled with his form of late, but looks solid at this year’s Wimbledon having beaten the enigmatic Australian Nick Kyrgios in the third round.

He achieved the number one ranking in 2014, adding to a list of accolades including a gold medal at the 2008 Beijing Paralympics, and a run of eight titles at the Australian open between 2008 and 2015.

Golfer Adam Scott also became a brand ambassador for the company in 2013, the same year he became the first Australian to win a Masters championship.

It’s a glittering list but none have quite the same star power as Uniqlo’s newest sporting legend, Federer, who should be instrumental in their marketing going forward.

No prizes for guessing who the Japanese company wants to see raise the Wimbledon trophy aloft for the ninth time this year.