In order to help it deal with the implications of climate change and inevitable challenges such as over-population, the UK is planning to create a digital twin of itself so it can test its own resilience against these issues and work out some answers 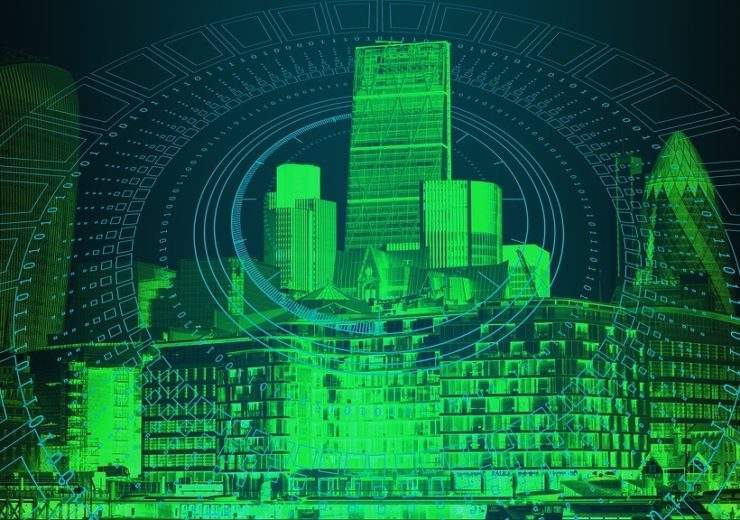 Creating an end-to-end digital duplication of Britain’s entire infrastructure is no small undertaking, but both the public and private sectors are working towards making this digital twin a reality nonetheless.

Representatives from both areas gathered in London yesterday for techUK’s Brit-Twin: Towards a National Digital Twin event to discuss the idea and what needs to be done to see it through to fruition.

Here we break down precisely what a digital twin is, and the feasibility of making one for the UK.

What is a digital twin? Examples in cities

A digital twin is a computer simulation of something else, which can help its user gather insight and data on whatever it’s duplicating.

It does this by allowing them to test a whole range of scenarios in an experimental fashion, helping them to see what works and what doesn’t – and prepare accordingly.

The simulation could be of a product, a service, a business’ infrastructure or that of an entire country, as the UK is planning to do.

Matthieu Francoz, a smart city business developer for the firm, said: “Our digital twin is the first in the world for an entire city region and it’s going to be a game changer.

“Really, what is has given Singapore is the ability to predict disasters, the ability to manage town planning with greater efficiency and ultimately a huge life improvement for its citizens.”

A city digital twin project is already in the works in the UK, namely in Newcastle.

Newcastle University and utility firm Northumbrian Water are attempting to create a computer replica of the city. It’s hoped that once complete, it will allow for resilience testing.

This would highlight how Newcastle might fare in the event of emergencies like flooding and extreme weather, as well as how it could deal with issues such as population growth.

Newcastle University’s professor of hydrology and climate change Chris Kilsby told the Guardian last month: “If you are a car manufacturer and you want to test how safe your car is, you can get a real car and put in crash test dummies and drive it into a wall – but that’s quite expensive.

“If you think ‘I wish we had done it with these tyres instead,’ you have to do it all again.

“But if a computer model is good enough you can run it thousands of times with all sorts of different variations.

“So in the same way, you can try lots of things with the twin that in the case of a city you are just are unable to do – I think of it as a replica that you can play with and do unimaginable things to see what would happen.”

Benefits of creating a digital twin

The benefits an urban digital twin are many-fold, allowing city planners to enhance the efficiency of energy consumption, shops to adapt their opening hours depending on adjacent footfall and traffic light systems to be fine-tuned.

But on a national scale, the benefits could be profound, from helping entire regions prepare for flooding and bouts of extreme weather to predicting the best ways to deal with and prevent energy shortages.

It’s this kind of benefit tht Britain’s National Infrastructure Commission is hoping to bring to the UK in the future by building a national digital twin.

It would comprise an ecosystem of intertwined digital twins of the country’s various cities and regions.

When could the UK have a national digital twin?

Sarah Hayes, of the UK’s National Infrastructure Commission, argued there’s still a long way to go before Britain could actually introduce a digital twin – 30 years to be exact.

“A national digital twin could have enormous value but it’s a huge task in its entirety and it’s going to require a massive logistical effort to co-ordinate all the pieces and people that need to be involved,” she explained.

“We have to define the necessary approach for delivering real benefit, establish how the project will be managed, facilitate widespread adoption of the end result and much, much more.

“None of this is to say the project won’t bring some value in the short-term, but ultimately it’s going to be a while before it’s complete.”

A panel of experts on the subject at techUK’s event discussed what needs to happen in order for the UK’s digital twin to become truly feasible and three key points were prominent: Collaboration, funding and a wholesale culture change.

A project such as the UK digital twin isn’t one that can be undertaken by any one company or public body, according to Ms Hayes.

“It shouldn’t be something that a single company owns, no one company can have access to all that data, it must be publicly owned,” she explained.

“But at the same time, we will need the full weight of the private sector, and its AI capability and tech knowledge – it’s going to require genuine collaboration to be successful.”

Alexandra Bolton, assistant director of the publicly-funded Cambridge University body Centre for Digital Built Britain (CDBB), argued that widespread input is the only way to see the project through.

The CDBB has set up a Digital Framework Task Group to help progress the national digital twin concept, which will work closely with the National Infrastructure Commission to deliver it.

Ms Bolton said: “Bringing together both the private and public sector is key to the success of the digital twin idea.

“There are so many facets that it’s going to require collaboration across multiple industries and various organisations.”

It goes without saying the national digital twin will require no shortage of investors willing to put up the funding needed to get the project off the ground.

“I think with something like this, which represents quite an unknown idea in a new market, you really need that one anchor customer that’s totally on board and is willing to make the journey with you.

“Then, when you succeed, you can convince others.

“That’s what happened with McLaren – we were among the first to start using digital twins in Formula 1, and now everyone does it because they’ve seen it work.

“But we certainly didn’t wake up one day and think it would be good to try and sell the digital twin idea to the entirety of Formula 1 – you start from the ground up.”

Tech start-up Improbable’s director of partnerships James Kidner stressed the need for government to play its part in helping the private sector.

“We need our government to actually get behind the idea and put its money where its mouth is,” he said.

“Once that’s all in order, we need some red-blooded capitalism to get the whole thing moving.

“There’s a lot of great work going and, in many ways, the technology for the idea is already here.

“We just need someone with some money to come and invest to make it all possible – one of the fat cats at Goldman Sachs would do, for example.”

As with any new concept, a good deal of time is needed before people come to be truly comfortable with it.

“These things take time for people to adjust – technology has a way of becoming normal to people over a number of years,” said Dr Manen.

“We started using digital twins about 20 years ago at McLaren, but it took ten years before the team really started to use it properly.

“The tipping point came when, after a pit stop, the first thing anyone said was ‘what does the twin say?’

“It took ten years and that shows just how long people need to normalise these things.”

For Mr Kidner, the UK digital twin idea needs a story around it that explains the benefits it will bring before people get fully on board with it.

A small-scale digital twin needs to solve a major crisis, like a flood or an issue with air pollution, before people take notice and offer real buy-in.

Mr Kidner added: “I’m old enough to remember when people weren’t so happy sharing their data as freely as we do now – it took some time for Facebook and co to encourage people to become okay with that.

“It’s the same with the digital twin idea. People need to be gradually encouraged to see the benefits and, in time, the necessary cultural shift will occur and we’ll get some momentum towards making it a reality.”