Manchester City are known for their success on the field, but partnership director Tom Carter explains how his commercial team help to secure sponsors to be a force off the pitch too 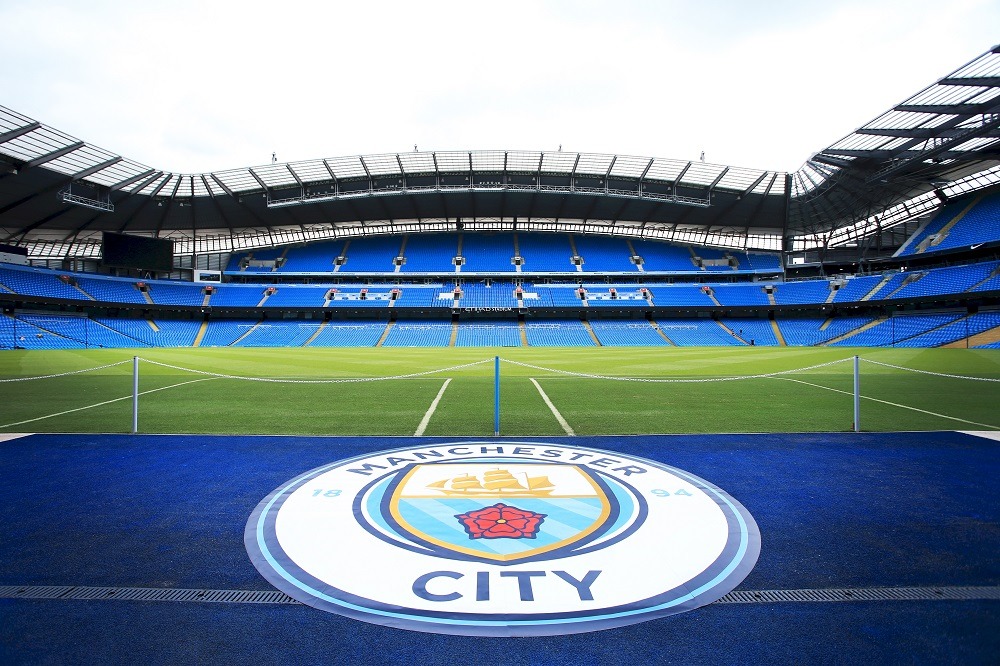 Football is no longer a sport competed on the field – the announcement of new sponsors can be as vital to a club’s performance as the signing of a top player – and at Manchester City, the balance between commercial and sporting success is a high priority.

The reigning English Premier League champions, owned by Emirati royal owner Sheikh Mansour, have become one of the best teams in the world after being blessed with stronger finances than most.

But to make success sustainable, the club has had to secure sponsorship deals with some of the biggest companies in the world to raise its global profile and compete off-the-pitch with the commercial behemoths of Manchester United and Liverpool.

It makes the role of Tom Carter, partnership director at City Football Group – the parent company of Man City – more important than many would give credit to.

Tom provided insight into the process of making such deals happen during an interview for the new Not Yet CEO podcast, in which host Sal Mohammed – owner of consultancy model disruptor Quick to Act – talks with “top performers from the world’s best companies”.

Tom Carter on partnerships and sponsors at Manchester City

The old-school term for partnership is sponsorship – if you look at football clubs, there are only a few areas that you can use to create revenue.

Obviously, there is big scrutiny and pressures on making sure those revenues are maximised.

Commercial revenues come alongside broadcast and matchday – which includes tickets and hospitality.

It’s my group that has to source those new partners.

Given the success of Manchester City last season, there are many brands and agencies that bring brands to the table.

It varies in terms of how to approach a partnership. I look after EMEA and companies that are headquartered in those territories are ones that we will be looking to build relationships with.

We have a similar set-up in New York looking after the Americas.

Given the scope of the global game, it was quite a clever move from the club to set up those 11 regional offices.

They have the local expertise and a better understanding of what those brands are after and what the Premier League exposure is like in all those markets.

How sponsorship deals happen in football

Incoming requests from prospective partners are usually great because they normally have an idea about why they want to utilise sport as a storytelling platform.

But a lot of it is dependent on us being creative about how we reach out to brands to form a partnership.

The way we approach brands is very thought out and strategic – we always have a plan in mind as we go out to do it.

We have a business intelligence team in London and we use certain key metrics and data to figure out who our audience is, and who is relating and reacting with our content.

The obvious industry would be the betting industry because there’s a clear, tangible result there.

If you look at the people who are placing bets and talk to bookies, over 70% of their revenue is done through online sports betting.

So that would be one example where you think the connection is obvious.

We would then assess the different brands that are in the market and see who is closest aligned to our brand at Manchester City.

The brand is an essential element of any sponsorship deal, especially when you look at it from our role – which is essentially as advertisers.

Fortunately, a lot of people know about Manchester City and the size of the club, so for us it’s more about understanding where we can fit into the brand and its marketing strategy.

We have one of the biggest digital followings in the sports industry, so can we utilise that or some of our expensive assets – like a backdrop behind Pep Guariola for pitchside advertising?

If we go to a big brand, it’s about getting an understanding and finding a solution as opposed to just telling them how great we are.

We look to divide and conquer the different industries with different personnel across our offices.

In Europe, we’ll have a few experts on consumer electronics or whatever it may be and we’ll have a similar set-up in each of the regional offices.

They’ll work together to build a story of what we’ve got that’s of relevance.

Then it’s a case of being strategic about targeting the companies that make sense.

The kit manufacturer and front of shirt deals are the ones that are widely talked about in the media but they take years to be done and it’s a very collaborative process in terms of what the best fit for the club and manufacturer is.

If you look at our old deal with Nike, Manchester City were at a different level to where we are now.

The brand tells a huge story because of the different athletes they work with and the experience they have.

At the time, we were intent on global expansion and Nike has a great distribution network, so working with a partner like that helped too.

It meant that we could put Nike in front of fans, and it could also put us alongside other sports teams and athletes and put our kits in stores worldwide.

There is an element of financial gain, but there are other elements that come into play as well.

Role of technology partnerships in football

If you look at the number of sports brands across the world and their engagement, it’s an incredible storytelling platform.

Tech can impact three areas – there’s the performance element, where technology can help marginal gains in an area that’s more competitive than ever before.

Also, with so much riding on these results, how can tech enhance the matchday experience and make results more accurate?

VAR is coming in and presents new opportunities for brands that want to own that moment too.

Intel is a tech giant with lots of ideas and this is a conversation that’s been happening over a couple of years, when we started conversations about the emerging technologies.

It had already done stuff in La Liga with Barcelona and Real Madrid, so it introduced us to this new technology called TrueView, which uses the highest definition cameras on the market.

We thought it was great but wanted a way for it to enhance the experience for the fan.

Intel is in the process of installing 38 cameras across the Etihad Stadium and, using the technology, we will get a new way of watching, consuming and analysing football.

You’ll be able to go to the view of say, Kevin De Bruyne, to see why he missed a passing opportunity or the view of a referee using the 3D technology to see why they didn’t give a penalty decision.

It brings our fans, who are obsessive consumers of sport, closer to the action than ever before.

The Not Yet CEO podcast is now available on Spotify here. The first series will include interviews with O2 Telefonica head of customer monitoring George Guthrie and Barclays head of entrepreneurship Tim Heard