The hiring and recruitment app Job Today has attracted big-name investors and serious funding, even as Brexit and possible staff shortages draw closer. James Walker sits down with co-founder Polina Montano to discuss the UK's imminent departure from the EU, the app's standards and the future of traditional listing websites 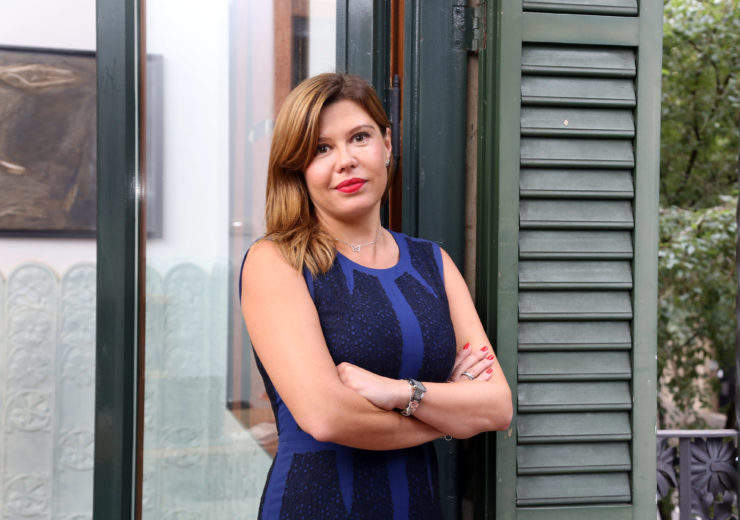 Polina Montano was managing six Shell petrol stations under a franchise agreement for eight years before she kickstarted Job Today in 2014.

Last month, the firm announced a $16m (£12.3m) investment round in which Job Today drew funding from New York-based investor 14W – adding to backing from Mangrove and Facebook-backer Accel.

Headquartered in Luxembourg is even pitching itself as a handy post-Brexit hiring solution for hospitality employers looking to fill vacancies within 24 hours.

Would-be workers use their profile as a form of CV when applying for job listings, and can then discuss an opportunity with an employer further over a chat function.

Employers pay to place a job listing on the service, filling out information about the vacancy and choosing whether or not to advertise their hourly rate.

Four years after she formed the company as solution to hiring issues she experienced first-hand while working in the retail sector, Job Today has listed one million jobs across Spain and Britain.

Focusing on the retail and hospitality sectors – two industries with notoriously high staff turnover troubles – the app has also garnered five millions users, including 400,000 businesses, across Britain and Spain since its launch in 2015, according to Polina.

Compelo sat down with the Job Today co-founder to discuss Brexit, the standards of the platform and her views on the future of traditional job listing websites.

Why do you think turnover in hospitality and retail is so high?

Well, for many reasons. Let’s first see what kind of people actually work in hospitality.

So yes, there are professional people in the industry who choose to build careers in hospitality and retail, but there are lots of young people who are doing these jobs part-time.

They’re working while they’re still studying or juggling other commitments and so on.

If you look at the younger generation today, most millennials have more than one job. Why is that? Because there’s a growing need and appreciation of flexible work and hours.

They like variety of experience and learning new skills, the environment in which they are working is also important to them. There is a constant desire to discover other places and opportunities.

At the same time, we also have to mention entry-level positions in retail and hospitality aren’t very well paid and are also hard work.

So people are always on the lookout for better opportunities in terms of pay and location.

How does Job Today work for employees and employers?

One important thing to remember about Job Today is that it’s mobile-first.

We believe mobile is a huge differentiator for young people searching for these kinds of jobs.

But it’s important to be mobile-first on both sides of the equation, because hiring managers in those industries need a friendly, modern solution to fill jobs faster.

The idea behind the app is simple. It’s a mobile app and you can use it on the net. It simply connects people available for work and people looking for workers as fast as possible. We try and make it happen within minutes.

If you want to post a job listing on the app, it will take you less than a minute. It is as easy as sending a WhatsApp to a colleague.

Candidates can apply straight away, and the rest happens as a WhatsApp conversation between a hiring manager and a would-be employee.

I’m saying WhatsApp, but it’s actually a chat built within the app which gives the exact same experience as if it were WhatsApp.

Chats on mobile have an immediacy to them. If you’re sending someone an email, you think OK they have a couple hours or a couple days to get back to me.

Chat is much more direct, quick and personal. Personality is also a big factor in deciding who is qualified and not qualified.

How do you see your app disrupting major listing sites?

It’s funny, you know when you start a company, one big question is who you measure yourself against.

In London, before Job Today came along, Gumtree was famous for posting jobs.

Hospitality and retail firms would be posting ads on Gumtree and hiring staff from the platform.

But only two years in, based on our statistics – and we’re only comparing head-to-head numbers – if you look at the volume of hospitality jobs posted in London, Job Today overtook Gumtree in July this year by 114%.

We are already making up 20% of all hospitality sector job listings posted in London.

We are growing so fast because we’re focused on what’s essential for the job search and hiring in retail and hospitality, which boils down to ease of use and immediacy.

We want to be the tool of choice for hiring managers who need someone urgently and jobseekers who need a job right now.

A stat I saw today surprised me a bit: 78% of all jobs posted on Job Today in London are looking for an immediate start – meaning most employers were looking to hire yesterday.

What opportunities and difficulties does Brexit present Job Today?

The way we see Brexit is that it’s clearly going to be a catalyst for most UK employers to feel that pain of staff shortages.

We already see the trend emerging – 90% of restaurants are already struggling to fill empty positions.

Imagine that in an environment where turnover of staff is already very high.

It paints a picture where there is a need for a hiring solution that can connect workers and jobs faster.

How much of your business is divided between Britain and Spain?

At the moment, it’s still in favour of Spain because we launched there earlier. One year makes a big difference for a company in our station.

In terms of total numbers, we are at more than five million users overall and we’ve had more than 400,000 companies use the platform in three years.

Imagine it, 400,000 businesses using your hiring solution. There is no way in hell you can get to this number if you went through a traditional sales technique.

The reason our solution works so well is because its proposition is understandable, and it’s such a vital need for every small business out there to find staff fast – especially in the hospitality and retail industries.

What major employers have used your platform?

We do have quite a few big names on Job Today who joined the platform without us having to necessarily make a sales effort.

Marriott, Eat, Young’s Pub, Caffe Nero in a couple of locations, Costa Coffee and those kinds of businesses are on board.

The app is so simple that people come on-board themselves. The solution is built to attract SMEs.

When it comes to job listings, have you got a minimum set of standards?

We can’t necessarily ban them if they’re posting a job which is maybe paid less than minimum requirements.

However, we are trying to get as much information as possible about job listings and we really push them to make that information public.

When you see job listings, most of them will actually mention the hourly rate, and then it’s obviously up to the candidate to decide: “Is that something I’m interested in or not?”

We really encourage companies to share as much as possible about the positions they are posting.

We try to chase them up to share it, but they are also penalising themselves if they are not sharing enough information, because when people have choice – and trust me, today they do have choice – they’d rather go for the positions that look better and provide more information.

If anyone has a problem with an employer, do you take action if they report it?

Yes, they report to us and we immediately act upon it. Obviously if there is any kind of wrongdoing or any kind of abuse, we take the employer off of the platform.

It is very important, obviously, for the reputation of our mobile marketplace.

Have you had to remove any businesses?

Yes, of course it happens unfortunately. I mean abuse exists everywhere, but we are taking it very seriously.

We have a fraud department, which actually looks at all kinds of inappropriate behaviour, abuse on the platform and so on.

You’re based in Luxembourg. Do you do a lot of business there?

No, it’s purely R&D. Purely a place for engineers to code and for me to some kinds come back home and see my kids.

What were you doing before Job Today?

My last project was with Shell. I was running a chain of petrol stations for them, which is hardcore retail business because they are open 24/7 and you are selling gas on top of being a mini-supermarket.

That’s how I came across this amazing universe of finding staff at short notice and nothing fully filled the gap.

Are you going to be looking around for further investment after your latest deals?

Not at the moment. I think at the moment we will just be heads down, executing what we have to do and most of the money will be used on our product.

Essentially, Job Today is a consumer software company, and we do have to create this unique customer experience and be the best at what we do.

So clearly a lot of the funding will go on the product and some will go into expansion of our current markets.

How much of Job Today is still owned by you?

I don’t think I can give you a percentage, but we’re very pleased to have investors on board that value us.

They are professional investors who have been around for a while, and they understand the importance of founders staying motivated and invested in the company.

So they’re treating us fairly. We’re not complaining.