The 2018 FIFA World Cup is set to begin on 14 June, but unlike other nations with more established football pedigrees, host country Russia has had to build a number of expensive stadiums specifically for the biggest football tournament on the planet 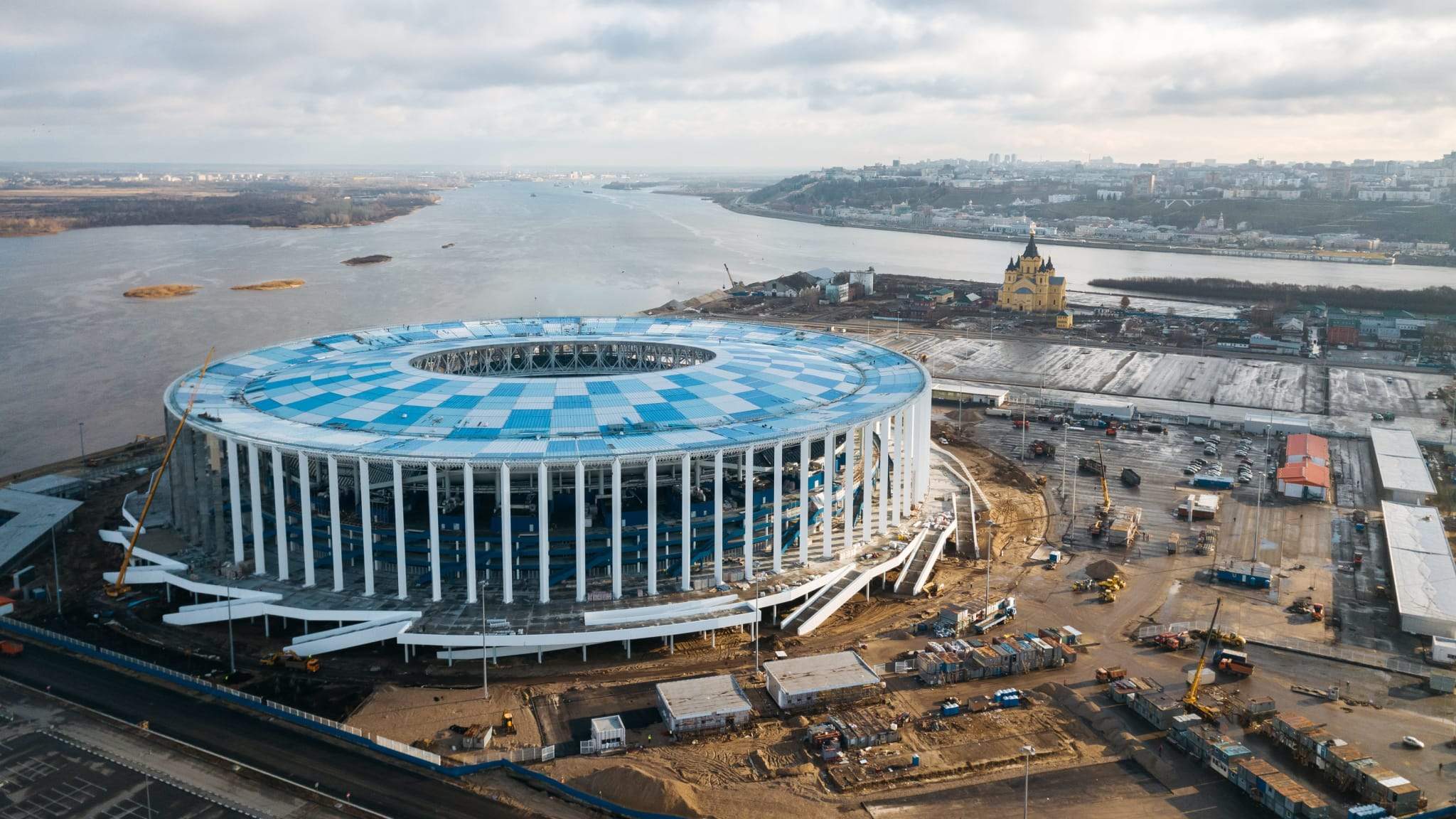 The costs associated with hosting the world’s biggest sporting event are high, to say the least – and for countries that don’t have a pre-existing raft of major stadiums such as this year’s host Russia, they climb even further.

The home nation for this year’s World Cup has poured an estimated $10bn (£7.5bn) into the construction and refurbishment of new and existing facilities to stage the matches and seat the spectators.

These facilities will host 32 international football teams playing a total of 65 matches between 14 June and 15 July.

As the host prays the phrase “build it, and they will come” proves true – which it seemingly has with an estimated 90% of tickets sold, more than 2.3 million, as of May 2018 – we take a look at some of the biggest and most expensive purpose-built stadiums for the 2018 FIFA World Cup.

They will join other venues already built ahead of the competition, including the 81,000-capacity Luzhniki Stadium – which opened in 1956 but has been refurbished for the tournament – and 43,000-seater Spartak Stadium, both in Moscow, as well as the 45,000-capacity Kazan Arena, in Kazan.

The Cosmos Arena opened on 28 April and will serve as the new home for club Krylia Sovetov in place of the Metallurg Stadium in the same city.

Seating a total of 44,198, plans for the stadium were initially drawn-up in 2010, with construction starting halfway through 2014.

Russia will play Uruguay in one of the Cosmos Arena’s four World Cup group stage matches, with a round of 16 match scheduled for 2 July and a quarter-final to be played on 7 July.

Also referred to as the Arena Baltika, the Kaliningrad Stadium opened on 11 April with a capacity of 35,000, set to be scaled back to 25,000 once the tournament finishes.

Construction on the venue began in September 2015, making it the last stadium to be constructed specifically for the World Cup.

Costs reached 17.8bn rubles (£210m) for the stadium, which includes a retractable roof.

Upon its opening, Kaliningrad Stadium hosted a league match between FC Baltika and Krylia Sovetov, with the home side winning 1-0.

It will play host to teams such as England, Spain and Belgium in its four planned group stage matches.

It was first planned in 2010 but work was delayed until late 2014 before it opened this year with a match between Mordovia Saransk and Zenith Ishevsk, which ended 0-0.

The stadium will have its capacity reduced to 28,000 following the World Cup.

The Mordovia arena will only be hosting group stage fixtures, including Portugal vs Iran and Colombia vs Japan.

Located in the city of the same name, the Nizhny Novgorod Stadium replaced the Lokomotiv Stadium as the home of the club FC Olimpiyets when it opened on 15 April.

Its design was inspired by the surrounding Volga region in the west of the country between Moscow and the border with Ukraine, and features a semi-transparent facade that lights up at night.

Four group stage matches will be played at the Nizhny Novogorod Stadium between a total of eight teams including Argentina, England and Sweden – in addition to one round of 16 fixture and a quarter-final.

Also opened on 15 April this year, the Rostov Arena will be the new home for the local club FC Rostov, and will seat 45,000 spectators for the World Cup before being scaled down to accommodate 25,000 after the tournament.

Reaching a total construction cost of 19.4bn rubles (£230m), the blueprint for the stadium was finalised in 2012, but official building work didn’t begin until 2015.

Global architectural firm Populous was selected to design the facility, and based its idea on the ancient mounds of earth – known locally as kurgans – which dot the surrounding area.

Brazil will play Switzerland and Iceland will face Croatia in two of four group stages matches to be staged at the Rostov Arena, before one round of 16 fixture on 2 July.

Volgograd is located in southern Russia, close to the Kazakhstan border, and is the site for the 16.4bn rubles (£200m) Volgograd Arena.

The venue seats 45,000 spectators – to be reduced to 35,000 after the tournament ends – and will be the new home of club Rotor Volgograd.

Demolition of its predecessor, Central Stadium, began in late 2014 with construction on the new stadium starting mid-way through the following year.

It has a cabled roof and meshed exterior, and will host England vs Tunisia as one of its four group stage fixtures.