As a seasoned veteran of finance transformation projects, Madi Pistola has been through more or less every possible scenario – good and bad – that a major change effort can present. But working with Cognizant to transform Inchcape’s systems and processes took change to a new level 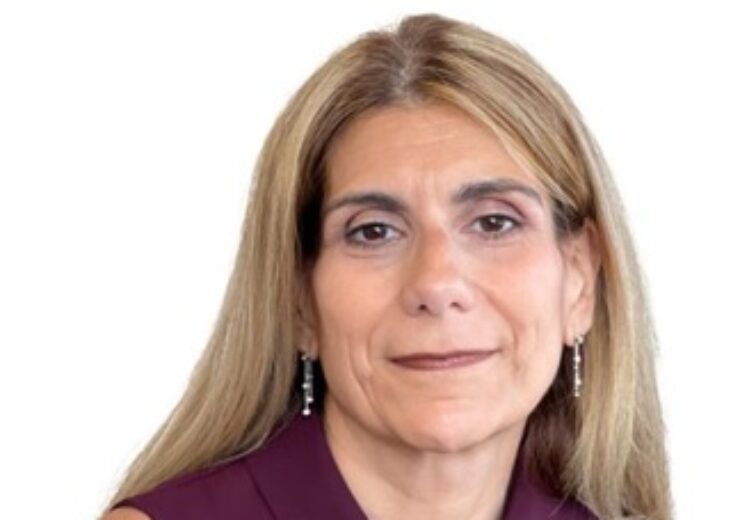 As a result of the global growth of its business, Inchcape, in common with many successful businesses, found itself with a familiar problem: countries, regions and markets diverging from the centre and operating in isolation. Systems and processes were inconsistent, reflecting the fractured nature of the organisations. Having grown in part thanks to pursuing acquisitions, Inchcape found it increasingly tough to integrate new units into a disparate global operation.

“We had different processes, different ways of doing things, and so we had to look at doing things differently,” explains Inchcape Group CFO Gijsbert De Zoeten.

So, two years ago the focus shifted towards establishing global standardised processes –something that was increasing in importance as the global operating environment grew more volatile.

“The need to put in place some standardised processes was clear, and we wanted to achieve consistency across all our regions, not only from a cost efficiency perspective but also to allow us to free up our people to do what we need them to do – partner the business, influence strategy, and enjoy fulfilling careers in finance.”

“Our adoption of Global Business Services (GBS) through BPO was the first opportunity for us to do that, and to work with an outsourcing partner to access their expertise to help us develop and refine some of those common processes,” he says.

“GBS is a really good example of how Inchcape has moved forward as a business,” says De Zoeten, who explains that the transformation supports our Finance Brilliant Basics: a foundational approach to making sure that transactional processing was outsourced to experts.

Developing a best in class BPO approach is aimed at enabling the business to develop greater agility in what is a volatile world, and it should also help us integrate acquisitions more smoothly in the future.

“GBS was a really key strategic move for Inchcape, so it was vital we got it right.”

The task of executing the plan was entrusted to Madi Pistola. Having joined Inchcape in 2020, she set about understanding the business’s processes and infrastructure. In doing so, she worked with Cognizant to assess the business’s needs, design a solution, and implement one of the most ambitious transformation solutions around.

“I’ve been doing this for 25 years,” Madi says. “This is my eighth transition, and although some have been larger than Inchcape, it’s certainly been the most complex from the systems, processes and scale of change perspective.”

For the group transformation director, no project can hope to succeed without first asking a fundamental question: why are we doing it?

Inchcape’s previous consultations on updating its financial systems and processes had recommended a captive approach to digitisation of the finance function, partly as a response to the complexity of the group’s structure.

Yet Madi explains that it soon became apparent that while from a financial perspective a captive approach would represent the lowest cost option, “it would mean a huge investment anyway, because the business had no standard processes”.

And that’s something of an understatement: Inchcape operates in 39 markets but had managed to accumulate 36 ERPs – with only 12 of them including SAP – with some of the remainder offering a nostalgic reminder back to the 1980s. The result, Madi recalls, was that an initial run-through found 1,200 processes globally.

The confusion was reflected and reinforced by the initial feedback from the company’s employment surveys, which revealed some significant challenges: staff were working long hours with little return within what she calls a ‘hero culture’, where the completion of certain tasks rested depended entirely on certain individuals’ presence.

“So, when you added that to the usual reasons for wanting to simplify and standardise processes, and put in place better controls on systems, it was a compelling case,” she says. “It was also important to give an opportunity to the finance teams to become more focused on business partnering through having more of an end-to-end business role – rather than just closing the books and paying invoices effectively.”

Having convinced the senior leadership team of the importance of a large-scale BPO project, it was then vital to explain how Madi saw Inchcape making the journey and to harness the company’s finance talent to help deliver it.

In practice, that meant finding a way of scaling the company’s existing ERPs and then efficiently integrating acquisitions onto the new standard model. And so, after a full evaluation of Inchcape’s needs, it was decided to take a ‘lift and shift’ approach that would cut the number of processes down to just 80.

Cognizant, devised a transition process that involved spending a month designing a detailed strategy, followed by six weeks of knowledge acquisition. Once that was completed, two months of end-of-service readiness testing was scheduled.

In the end, the model that Inchcape settled on involved a main hub in India with three spokes: one in Malaysia, one in Poland and one in Mexico.

Madi then had to decide whether the business – and its chosen BPO partner – was able to deliver on a rapid global rollout and in so doing avoid a long, drawn-out transformation process.

“There were two options as we saw it. We could do a two-year transition market-by-market slowly, or go for a bigger bang approach and deliver several markets simultaneously.”

Having decided on the latter, the transition was done in two phases, with the first three regions transitioned by early November 2020. With an end-December year end, the board had to be satisfied that go-live was realistic. “I was confident with the amount of month-ends we’d done that we had the right team,” she says.

“Obviously there was a back-up plan, we kept some people – but we did it and they closed the books.” And central to the success of the project, Madi says, was the involvement of Inchcape’s regional and market finance directors, who provided invaluable support and knowledge throughout all phases of the journey. “I spent a lot of time engaging with the business to ensure they were part of the team. Having that group sponsoring and pushing the work forwards was core to its overall success,” she says.

And further proof of that came when Inchcape passed its full audit with Deloitte. Madi believes that, in many ways, the full project actually presented a smoother transition than most GBS for year end – and a testament to the tenacity and skill of Inchcape’s people working with Cognizant.

With all this in mind, what comes now? “Next we’re doing the tougher, smaller markets of Europe and the Americas,” says Madi. These other markets, which may only have five to ten people in each office, can produce a lot more noise in terms of transitional friction. Because of this, we worked carefully to ensure the same approach and all our supporting materials are tailored to the new markets and ready to use.

Getting the right partner

The reason Inchcape chose Cognizant can be traced back to their initial approach. Madi puts it like this: “They understood we had systems and process issues. But while they had a framework, they were prepared to listen and be flexible in some of the approaches.’”

While Cognizant offered a proven method, in other words, flexibility was key. Madi says other suppliers’ model – of offering one set templated solution – ran the risk of failing to deliver lasting change by ignoring some of Inchcape’s specific challenges. “Our greatest fear when it came to the other BPO suppliers was them offering a set blueprint to create global processes that didn’t take into account our specific needs. The fact is, they were not listening to our problems.”

Things were different with Cognizant. “Ultimately, it was about creating a partnership,” she stresses. “We don’t want to be dictated to. We know our business but we respect that they know shared services and both of us will work together.”

“We found that while Inchcape is a serious F&A partner with a lot of clients, 350 of them overall, primarily they wanted to listen to us and problem-solve and we appreciate that.”

But that’s not to say that Inchcape weren’t demanding in terms of the technical sophistication required as part of a BPO project. “We have 39 active directories, so we needed someone that actually had the right technical background,” Madi says.

Cognizant’s technology skill sets were a critical factor in delivering a successful transformation project – a big achievement, given Madi admits Inchcape’s existing IT landscape represented a serious challenge. “We needed someone with the right technology background that could help shape the future.”

But beyond that, Madi says it was Cognizant’s determination to connect with Inchcape’s market teams and roll up their sleeves that was the real game changer. “In my experience, imposing a solution doesn’t work. We’ve had many consultants or third parties that come in and spend fortunes trying to harmonise our process.

“So that’s not about simply saying, ‘We know the answer.’ In fact it’s more about getting around a table – and this was in COVID times – and working together to design a solution that was right for us.

“They explained what they could bring to the table but they also listened to our problems,” she says. “And in doing so, they teased out some of the issues that we could work together on, and that’s really what won us over.”

Step in the right direction

As Madi summarises, Cognizant recognised that Inchcape’s particular challenges required a bespoke approach. “They started at the beginning and they listened to the coaching. We had a third-party integrator, as well, to coach them. That helped us ”

Instead, they said, ‘Let’s try this solution. If it doesn’t work then we’ll think of something else.’” In short, Madi stresses that both sides have delivered on their promise to be open and work collaboratively. “A year in, we know there are things we need to improve, but instead of us looking at the contract and arguing about who is right and who is wrong we just get everyone around the table and fix it together.

To read an exclusive supplement produced by Finance Director Europe, in partnership with Cognizant, looking at the importance of leveraging AI to automate accounts receivables and treasury processes, please click here