When Flight Centre CFO Adam Murray needed to transform the company’s finance operations, he developed a BPO project with Cognizant that has delivered deep and lasting change 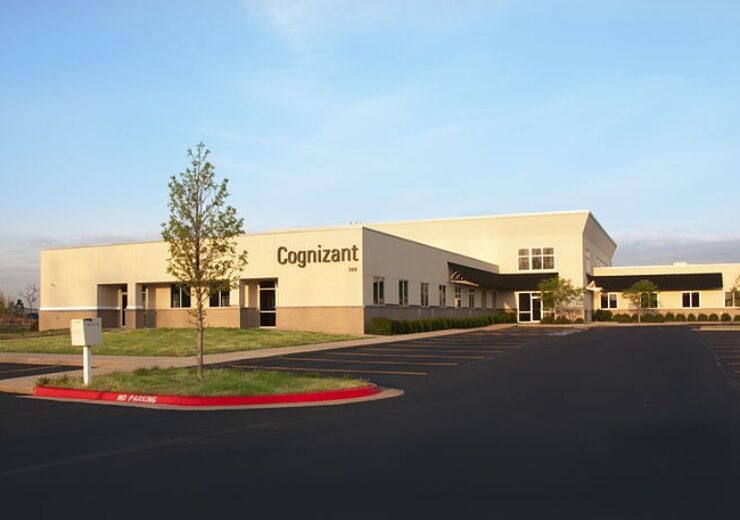 Finance functions across the globe are under incredible amounts of pressure to be more effective, more efficient and to deliver more than simple score keeping. To put it bluntly, they need to do it cheaper, smarter and faster.

And so when Adam Murray engaged Cognizant to do an ‘art of the possible’ review, which involved the tech provider undertaking a full review of Flight Centre’s finance function, to explore and understand what opportunities existed for greater efficiencies, he wasn’t sure what to expect.

Even so, Murray was certainly clear on what he wanted to achieve. “Cost out was definitely a key part of it and where we were,” he says. “Our transactional finance function at the time – as you see with a lot of those functions in finance – was probably struggling.”

Murray points to the fact that many transactional roles had become “repetitive, and not particularly fulfilling”. As a result, staff turnover levels were too high, with the company becoming too reliant on contract staff.

“After a period of that, it feels like you’re always trying to hold things together very much so not really a sustainable model,” Murray continues. “So when Cognizant came in and did their review, it was a lightbulb moment for me. It was very much looking in that critical mirror, highlighting things I probably already knew, but really seeing it brought face-to-face made the difference.”

Cognizant were actually really brilliant at being prepared to challenge us around that as well and were really quite open around what they found and it was glaring stuff for me in that we talked about accounting operations being a centre of excellence for processor efficiency – but the reality was we weren’t using any real meaningful metrics to measure that.”

The other revelation concerned Flight Centre’s processes, which Murray concedes required stiffening into a more robust and resilient shape. In common with many other organisations, a lack of planning had led to an over-reliance on individuals making things work by plugging gaps, at times over-reaching to do the right thing.

In short, the status quo was unsustainable.

A fork in the road

Following the completion of the review, Murray and his team were presented with three options. One was to fix it themselves through internally-driven improvements. The second option was to partner with Cognizant to improve the current model.

“Or, Flight Centre could take a ‘lift and shift’ approach and effectively outsource its finance systems and processes,” Murray says.

And for us, having examined it, the benefit of going with the third option was that it didn’t involve us having to invest upfront to realise benefits further down the line. With lift and shift, labour arbitrage was a key thing. And it’s fair to say that there was little appetite from the business to commit a sizable chunk of investment in a function that no-one really sees, if we’re honest, to realise savings down the line.”

Crucially, however, the CFO now reflects that a full BPO approach offered a golden opportunity to embed real and lasting change.

As the project began to take shape, it was clear that reducing cost would be a central theme.

Alongside that BPO project, the company was also embedding a sustainable process improvement over time, with digital technology at the heart of the change.

“We’ve seen finance functions embraced in this digital journey, and for us it’s become more and more apparent, as our relationship with Cognizant has progressed, that we had to plug into this digital capability which we didn’t have internally,” Murray explains.

Being able to plug into that world-class functionality I think has really helped us with that which we would not have done ourselves,” he adds. “So when you talk about things like robotics and process re-engineering and so on, it’s simply not cost-effective for relatively small finance functions to do that to scale. Being able to plug into that capability has just been fantastic for us.”

As the project began to take shape, Murray made it very clear that the desired model must combine clear and fundamental outsourcing of process – and that outsourcing accountability and responsibility for processes and balance sheets was not on the table.

“That was really important, so we needed a retained team here to do that, partly to hold Cognizant accountable, but equally to work with Cognizant as partners.”

That collaboration has now taken shape, albeit with a smaller in-house team at Flight Centre. That has led to a different skills mix, something Murray believes can offer much richer roles to finance staff, giving them the chance to shape the company’s direction, managing teams remotely through with daily interaction Cognizant.

In addition, partnering with a BPO provider has driven a paradigm shift in the way Murray and his team approach robustness of process. “Back in the old sticky tape days it would be that a business asks for someone, and we’d say: ‘oh yes, we can do this’ or ‘we’ll try and do this.’ We’d always set ourselves up to fail – whereas now it’s very much a matter of ‘OK. You’ve got this thing you want to do. Well, this is the consequences downstream and this is what we need to change and equally, this is what you need to change.’

Murray says that even though Flight Centre customers don’t have direct dealings with Cognizant, the front end improvements delivered by shaking up the back office have been profound.

“It’s easy to underestimate the customer touch points, whether it’s invoicing, statements, and so on,” he says. “For them being delivered in an accurate, robust, timely manner, customers do see that and there has been a real step change in the quality of that output which is firstly key.”

And it’s not just customers: the impact on operational staff has also been significant. “They are the ones who are interacting with the customers much more than we are – they’re able to meet their deadlines,” he says. “They’ve got the confidence that this stuff is right and it’s working and it’s being on time. So I think that has had a genuine impact for our customers and for us to be able to do that on scale as well.”

And, three years on, Murray believes that by working with Cognizant experts has massively increased the level and scale of insights into Flight Centre’s end-to-end processes, and to build metrics around that.

“So, a simple example would be something like turnaround times of invoicing. In the past we’d simply have to tell the business there was a backlog – and that would hit our reputation with the rest of the business.”

Now, though, the analytics that Cognizant provide as a standard part of the BPO model help the CFO isolate and understand where the issues lie. “We can demonstrate that in fact it’s not a finance issue, but the bottleneck is upstream,” Murray explains. “It’s the fact that you don’t actually get your supplier invoices in the format required on a timely basis that’s causing the problem – they arrive two weeks late so you’re already behind.”

The ability to analytically solve specific problems rather than it being landing at finance’s door as a generic problem has been a game changer for this CFO. “It’s hugely helpful to provide insights into the detail of our processes,” says Murray. “And it helps us understand where the processes are weak because they have to be robust; you can’t rely on an individual plugging the gaps all the time. That’s definitely made us a more intelligent business.”

Equally, from a resourcing point of view, going through a full lift and shift BPO journey has made Murray look again at the importance of forecasting transactional volumes and developing smarter processes around that in order to better plan resourcing strategy.

“But I think it helps us think in a more intelligent way,” he adds. “it certainly raises the profile of transactional finance. It was something that sat in the back office and no-one cared about it – it wasn’t glamorous.

“Whereas, now, because we can actually point to opportunities for automation and streamlining, we can be quicker to market with solutions. So when a corporate customer lands that can lead to a real injection of high volume and we’re able to absorb that much quicker than we would in the past. So it definitely makes us more intelligent in that respect.”

Clearly, Cognizant’s performance both before, during and after the transformation process has left a major impression on Murray. “Two of the things that impressed us from day one was first, the pace they run at is incredible; and secondly, the discipline and diligence around project management is first class. They’re so disciplined around that and we took all of that on board, which was great, but we didn’t have that on our side. We were still trying to make this work in our spare time – and we would have benefited from project management on our side to resource that transition.”

But, ultimately, the CFO accepts that no project will succeed without trust between partners. And when Murray reflects on the various relationships he has with those third parties, it’s clear that the bond with Cognizant has been empowering to both the CFO and his team. “You get to that space of trust and it means you can just move that much quicker and it gives you that greater flexibility.

“Now, I’m not saying I don’t have a sense of caution, but I think over the years with Cognizant and challenges we’ve had, that trust has really been there and it makes life a lot easier. You can have much more enriched conversations if you’re open about flaws or issues that exist – that’s been great.”

“It sounds a bit trite, but it is almost like they’re part of my business,” Murray adds. “If you think about our personal relationships, our long-held relationships, our best friends, our partners, whatever, we’ll forgive lots of weaknesses. We don’t look at every one of those with a dark lens. And that’s how we’ve approached it with Cognizant as well. So I definitely don’t have as strong a relationship with any other third party as I do with Cognizant.”

To read an exclusive supplement produced by Finance Director Europe, in partnership with Cognizant, looking at the importance of leveraging AI to automate accounts receivables and treasury processes, please click here