Carl Ennis, CEO of Siemens and Smart Infrastructure for Great Britain and Ireland, discusses the economic challenges of Covid-19 and his hopes for a renewed focus on climate change 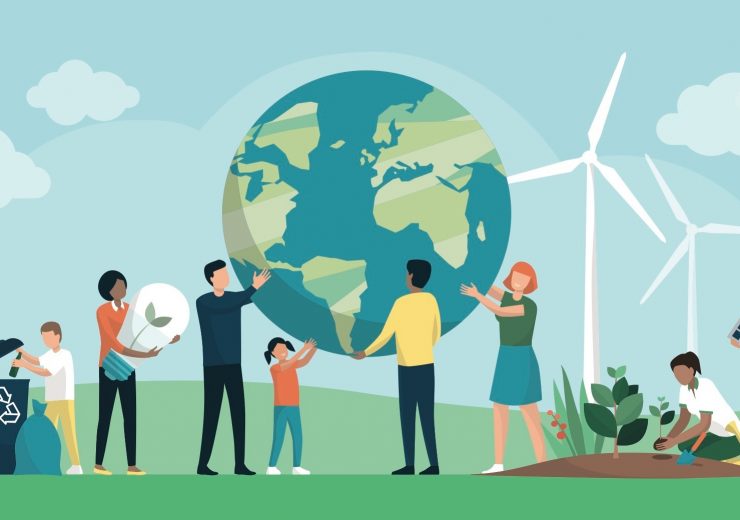 With many working from home and flights kept to a minimum, now is the time to fight against climate change. (Credit: elenabsl/Shutterstock.com)

Whichever way one looks at it, 2020 was tough. From the health disaster of coronavirus to the economic chaos that followed, countries and corporations have struggled to cope. But with the arrival of the Covid-19 vaccine, the shocks of 2020 might give businesses – and their partners in government – a chance to reset, especially when it comes to green aspirations and climate change. Andrea Valentino talks to Carl Ennis, CEO of Siemens and Smart Infrastructure for Great Britain and Ireland, about the challenges of the past few months, what his company has planned going forward and why he’s ultimately optimistic about the future of the environment.

For over 20 years, from Al Gore to Greta Thunberg, to the Extinction Rebellion ruining the turf outside prestigious Oxbridge colleges, the question of climate change has been practically inescapable. Which is fair enough – with carbon dioxide levels double what they’ve been at any point for the past 800,000 years, things are clearly serious.

Combined with the obvious impact of rising temperatures on real people, from floods in Yorkshire to forest fires in the Australian bush, it makes sense that politicians like Joe Biden have committed to spending $5tn to fight the threat.

Yet, since the start of 2020, fears over climate change have gone quiet, like a flame snuffed out by a sudden gust of wind. This is hardly surprising, though; between the terrifying spread of the pandemic – to say nothing of the economic decline that followed – the planet’s political and business leaders have been understandably preoccupied.

With the arrival of the Covid-19 vaccine, industry leaders are once again reflecting on a future of climate upheaval. Only now, of course, they’re doing it in a world of social distancing and swab tests, lockdowns, and quarantines.

Not that the fields of coronavirus and global warming are necessarily distinct. At a time when so many are working from home, and atmosphere-busting flights are being kept to a minimum, now might be the moment to truly fight climate change in earnest.

Certainly, that’s what some executives seem to be thinking. Energised by transformed work patterns and transforming economies, some of the biggest multinationals believe that the months and years ahead mark a real shift in how people think about sustainability and the environment.

Not that they can do it alone. Without strong government support, these grand ambitions risk floundering – especially if Brexit muddies the way.

A challenging year for businesses

The UK of 1706 mostly feels bewilderingly different from that of 2020. Queen Anne was on the throne, and her armies had just beaten Louis XIV in the War of Spanish Succession. Democracy was limited to a tiny minority of landowners and even the borders of the modern country were inchoate – until the Act of Union officially became law in 1707, England and Scotland were still distinct countries.

Yet, if one looked at the exchequer’s books, that vanished world of wigs and smallpox may suddenly seem worryingly similar to the UK of today. Until coronavirus knocked the economy to a bloody pulp, the recession suffered in the early eighteenth century was the worst ever.

Look at the contemporary statistics and one’s mood is unlikely to improve. With GDP down more than 15%, and the national debt spiralling to over £2tn, any recovery is going to take time.

Who better to ask about the battles ahead then than Carl Ennis? He may not have been around for the catastrophe of 1706, but he certainly has had plenty of experience to draw upon. A decades-long veteran at Siemens, Ennis has worked across the company globally, most recently as CEO of Siemens and Smart Infrastructure for Great Britain and Ireland.

Yet, if what Ennis has to say is worth listening to, it’s still sobering. “It has been such a challenging year,” he explains, not least given the space Siemens occupies in the smooth-running of the state.

“Many of our businesses are involved in national critical infrastructure,” Ennis continues, from non-invasive diagnostics and the process of Covid-19 identification, to running power stations and installing smart meters.

With such colossal responsibilities, it makes sense that Ennis would describe the past year as a “black cloud” of problems. Yet, if Siemens has faced particular pressure in Britain, other companies are in a similar position. Unilever’s CEO, for example, recently conceded that it’s “difficult for even the most ardent optimist” to stay positive, with similar sentiments common in boardrooms from Samsung to Nestlé.

All this makes sense and not just because these huge multinationals are expected to juggle a bewildering array of vital roles, from keeping us warm to keeping us fed.

Perhaps the most obvious challenge is the rolling lockdowns that seem to strike the UK endlessly. Now that 38% of UK workers are wedded to remote work, Zoom calls and Slack channels – according to the Guardian – this has led to record slumps in productivity in a country that’s historically lagged behind its neighbours.

Furloughs are another problem, of course, while those workers that do venture into work must contend with temperature checks, social distancing and all the other accoutrements of life under coronavirus. It’s unsurprising, then, that Ennis admits he’s witnessed some “pretty profound” change to how Siemens works.

Has Covid-19 strengthened the focus on tackling climate change?

Not exactly the sunlit uplands promised by the UK prime minister in January 2020. All the same, Ennis is adamant that there are still reasons to smile. Ironically, that comes partly in the one area that’s taken a backseat this year: climate change.

All this, Ennis says, is having a real impact on the statistics of climate change. Among other things, he notes that during the height of the UK’s first lockdown, CO2 emissions dropped by 20%.

More broadly, Ennis wonders if the existential shocks of the pandemic might force people to take a more reflective attitude towards the environment. If nothing else, he’s noticed as much in his own family. “I have a son who’s just started university and a daughter who’s preparing for her GCSEs,” he explains. “And they intentionally buy second-hand clothing.”

Perhaps they just want to make a fashion statement, but Ennis is convinced there’s a deep environmental commitment there too. “If there’s a silver lining from Covid, it’s that there’s a realisation that there’s more to life than just making a quick buck, and how we live is just as important – if not more important – than how long we live.”

Ennis is taking a similar attitude towards his professional life. He may not wear creased Hawaiian shirts on business calls, but he’s certainly prodding his team towards a more environmentally-friendly footing.

That begins with Siemens’ ambitious emissions targets, which aim to make the company net zero by 2030. Then there’s its commitment to green energy. Around 80% of the offshore wind turbines off UK coastlines are made by Siemens, while the company has partnered with Associated British Ports to build a £310m wind turbine blade manufacturing facility in Hull.

Nor is the German behemoth alone. In early 2020, for instance, Unilever announced it would invest €1bn in green projects, while Danone recently called for a “green recovery” of the European food supply after coronavirus finally ends.

Naturally, all this helps rescue the economy as well as the planet. After all, the Siemens facility in Hull will create 1,000 jobs, while a nearby project will conjure 700 more.

Not that going green is simply a matter of brick-and-mortar buildings. As Ennis emphasises, there are a huge number of other factors involved, from investing in smart data and artificial intelligence to exploiting embedded sensors.

At the same time, he highlights the importance of nurturing local supply chains, both to save energy and, presumably, to head off the challenges suppliers have faced in countries ravaged by closed borders and lockdowns. “The idea of localisation, decentralisation and having local energy systems have really started to raise their [heads] again.”

It seems clear, in other words, that big companies like Siemens are trying to live up to their green aspirations. Not that they have everything their own way, particularly on ‘this sceptered isle’. With Brexit approaching – and a looming no-deal risking massive economic disruption – there is a danger that any progressive green agenda gets run over by lorry queues in Kent and angry travellers at customs.

For his part, though, Ennis remains resolutely diplomatic about his partners in Whitehall. “I’m lucky enough to have a number of interactions with governments, both local and national. And I know that the government aspires to take this opportunity and do something fundamentally different going forward.”

Ennis justifies this optimism through the prism of economics. Though he admits that “building back greener isn’t cheap”, he argues that “if you can get stability of policy and a bit of pump-priming in terms of the development, then not only can you actually scale it, which reduces the cost, but also those new markets attract external private capital”.

Given Boris Johnson has promised a “green industrial revolution”, one has to assume he has similar ideas. In the end, Ennis is probably right to be sanguine about the future. Things may not be easy, but he says that 2021 could well bring “future benefits” to individuals, the economy and ultimately the planet at large. Let’s just hope that Spanish fishing rights don’t get in the way first.