Football teams sponsored by gambling companies: From the Champions League to the Championship, it’s a growing trend 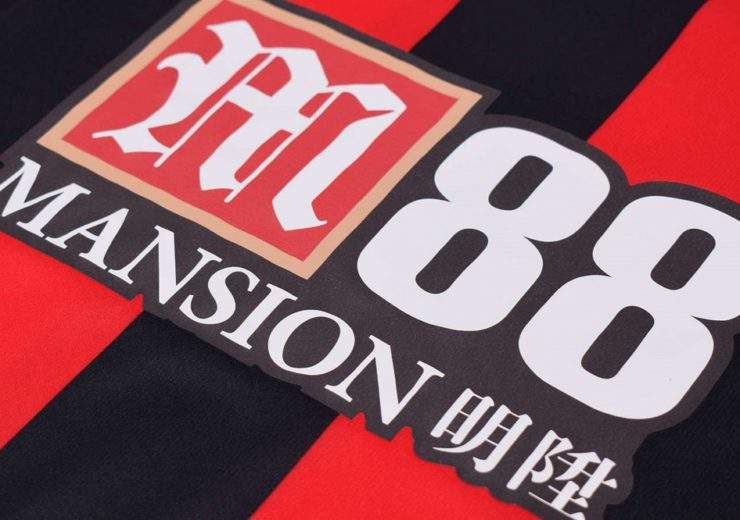 Sponsorship deals between sports brands and gambling companies is big business, which spend $330.5m (£263.6m) a year on securing these rights. Sam Forsdick takes a look at why an increasing amount of football teams are now sponsored by gambling companies

The English Premier League is billed as the most competitive in the world, but the reality is it’s been dominated by the so-called “big six” clubs for the best part of a decade.

As they snap up all the best players for the biggest transfer deals and on the fattest contracts, it means the chasing pack have to find new income streams to try keep pace.

One of the most lucrative options in recent years has been brokering sponsorship deals with betting companies.

The relationship between the gambling industry and sport is a contentious issue as concerns have been raised about “normalising” betting among children and fuelling addictions.

But the amount of money involved means there’s no sign of them going their separate ways, with nine of the 20 EPL clubs and 17 of the Championship’s 24 teams sporting a betting company on their shirts.

Why football teams are often sponsored by Asian gambling companies

Turkish betting firm Spor Toto is the biggest betting investor in sport, with with its five active deals costing a total of $29.5m (£23.3m) – including a $28m (£22.1m) deal with the Turkish Süper Lig.

In England, fans are perhaps most familiar with the likes of Betway and Unibet, which Sportcal listed as the second and third biggest sponsors from the industry at $23.1m (£18.24m) and $22.5m (£17.8m) respectively.

But many of the companies involved in the Premier League are actually from the Far East, including Fun88 at Newcastle United, M88 at Bournemouth and W88 at Wolverhampton Wanderers.

Mr Wiacek believes that money and the international appeal of English football clubs are the key drivers in this trend.

He says: “Due to the international reach of the Premier League specifically, lots of Asian brands use Premier League shirt sponsorships as a media buy to advertise the service to their target market in Asia.

“Due to the vast sums these brands can pay, clubs will take the deals given the revenue they generate even if the target market is the other side of the world.”

This trend is less frequent among the elite clubs, with only one Champions League team – Greek outfit AEK Athens – featuring the name of gambling company Stoixima on their team shirt.

Real Madrid were famously sponsored by Austrian firm Bwin, but ended the six-year deal in 2013.

This contrasts with 70% of clubs in England’s second tier, the Championship, that have a shirt deal with a gambling company – and five of those being with British online casino company 32Red.

According to Mr Wiacek, this was because many of the bigger clubs are able to generate vast sums from sponsors in other sectors.

He says: “Given the demands on lower league teams to reach the Premier League and the pot of money available there, money from betting brands is being used to fuel those ambitions.

“Lower leagues do not have the same revenue coming in from TV and from matchday revenues, so in order to compete they need to find money wherever they can.

“This leads to sponsorship agreements with brands that offer the most revenue, which invariably is betting brands.

“Even teams in the Premier League have these concerns – Burnley and Crystal Palace are prime examples of this.”

The prevalence of gambling companies on the shirts of the football clubs in the top two English leagues has been branded “worrying” by Professor Jim Orford, of Gambling Watch UK.

Speaking to PA Sport in July, he said: “There is evidence that gambling is becoming ever more normalised, particularly among young people, so that increasingly betting is seen as part and parcel of following and supporting one’s favourite sport or team.”

Simon Stevens, chief executive of NHS England, has also criticised foreign betting firms that sponsor Premier League clubs for not taking responsibility for the impact of gambling on health.

The Gambling Commission estimates there are 430,000 “problem gamblers” in the UK, with a further two million people considered at risk of developing a gambling problem.

The public body also estimated that 370,000 children aged 11 to 16 participate in gambling a week.

In order to combat this problem, gambling companies agreed in December to a proposal to stop betting adverts during live sports broadcasts for any event televised before 9pm.

Football clubs are also prevented from featuring betting company sponsors on children’s shirts and are banned from aiming gambling ads at people under the age of 18 by the Advertising Standards Authority.

Despite these changes, Mr Wiacek expects the number and value of deals between football clubs and betting companies will increase.

He says: “With the ad spend being restricted, that money will instead be funnelled into sponsorship in order to reach the same audience.”

Bournemouth, who are among the fastest growing companies in the UK, announced its two-year deal with Asian betting firm M88 in 2017.

According to the club, 63% of the Asian population follow the Premier League and the commercial partnership is aimed at bringing those fans closer to the football club.

Burnley announced their record-breaking deal with Chinese betting and casino company Laba360 in 2018.

The name of the company roughly translates to “legendary luck” in Cantonese and is Burnley’s largest financial deal in the club’s history.

The shirts of Crystal Palace feature the name of betting company ManBetX, which is based in Malta.

In a club statement, Crystal Palace said: “The partnership is believed to be the eighth biggest club deal by value in the Premier League, indicating the growing global appeal of Crystal Palace FC.”

Kenyan gaming company SportPesa entered a partnership with Everton in 2017 for five years in what was a the most lucrative deal in the club’s history.

The deal was named the “best African sponsorship” at the Sports Industry Awards in 2018 and the betting company has arranged matches between Everton and the Kenyan league champions Gor Mahia, who SportPesa also sponsor.

It was another record-breaking commercial deal for the club and was similarly used to boost the global audience of the football club.

Fun88 partnered with Newcastle United in what was the biggest sponsorship deal in the Magpies’ history.

Fun88 is a sport betting and casino brand in China but also has a UK brand owned by Welton Holdings Ltd based in the Isle of Man.

In 2015, West Ham United announced their club record sponsorship deal with online gambling company Betway, which has a base of operations in Malta and Guernsey.

W88 is licensed and regulated in the Philippines, and signed former England striker Emile Heskey as its brand ambassador in February 2018.