Za Teb's app launched in Bulgaria last month, but it plans to expand to domestic abuse victims across Eastern Europe and eventually worldwide 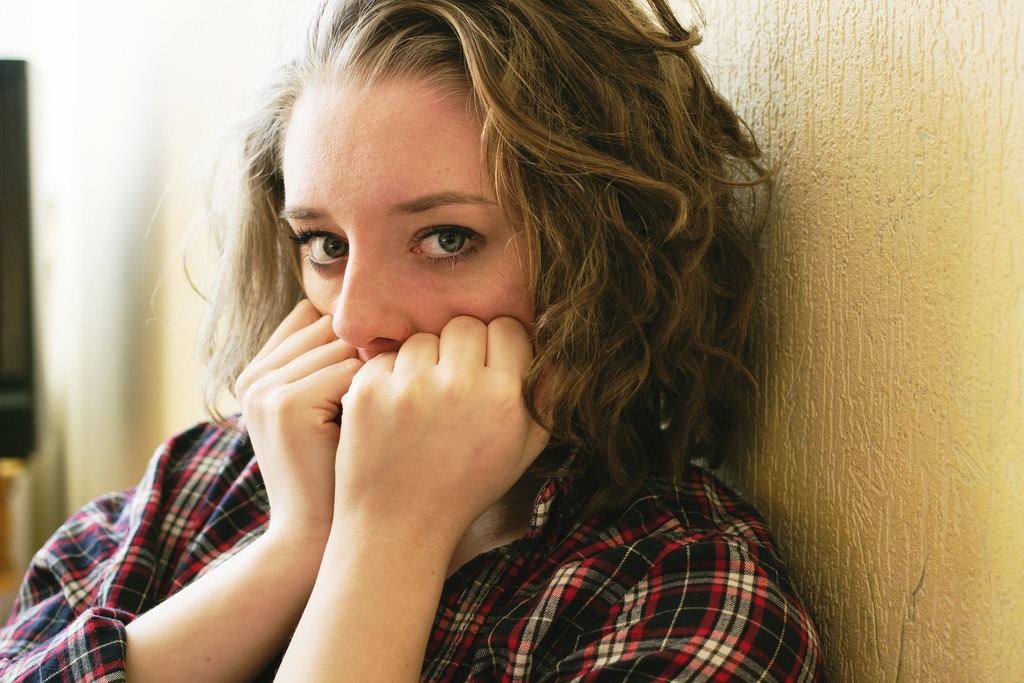 Domestic abuse affects one in three women globally, according to the World Health Organisation. Peter Littlejohns speaks to two tech entrepreneurs who have created an app to help victims initially in Eastern Europe, where the problem is particularly prevalent, with plans to expand their reach worldwide.

“I was with an abusive partner for nine years. He’s the father of three of my children and he forced me to move in with his parents, controlled my money and shut me away from my friends and family – all while he was cheating on me. He’d also hit me, doing so once when I was holding our daughter. I moved out towards the end before realising I couldn’t cope on my own due to the extent to which he’d conditioned me. It took the threat of losing my kids for me to leave for good and I sought help from a refuge, and then a close friend, before getting a place of my own.”

Kate’s story is all too familiar. The 36-year-old, who lives in Britain, eventually managed to break the cycle of domestic abuse – but many women are still living parts of the reality she experienced during those nine years.

It’s a problem that’s especially prominent in Eastern Europe, where one in two women have been victims of the crime, according to the European Union Agency for Fundamental Rights (FRA).

It’s for this reason that Ivelina Choeva, an international model since she was 13 years old, chose to create Za Teb – which translates to “For You” in her native Bulgarian tongue.

The app applies a Q&A format to determine whether a user – or someone in their inner circle – is subject to abuse and offers further information, such as useful reading and the locations of nearby help centres.

“During my modelling career, I’ve been around the world, worked with
different companies and explored different cultures – but I wanted to give something back to my own country,” she says.

“Domestic violence is a massive problem in the world, but also in Bulgaria, where the topic is very uncomfortable not only for people in society but also for the government and the media.

“It’s something that’s swept under a rug and domestic abuse victims aren’t given enough of a voice.”

Having finished her fashion and marketing studies degree in London last year, Choeva started to explore ways she could use her newly-acquired knowledge to help victims of domestic abuse, and decided an app would be the best way to reach them.

Around the corner from Jack Barclay, London’s Bentley dealership in Mayfair, sits the headquarters of PremFina.

It’s a premium finance company that provides the financial capacity for brokers to loan their customers money at – what it clams to be – “favourable rates” compared to incumbents in the market.

At first glance, it would appear that this company of 60 people are as far removed from the issue of domestic abuse as any other financial institution.

But after Choeva discussed her idea with PremFina CEO Bundeep Singh Rangar, who she knew through mutual friends, he was immediately keen to join forces with her.

He says: “When we looked at what Za Teb was out to do, it fit into our ethos, which is to support charitable causes and do something that has a global application because, as Ivelina said, this is a global problem.

“The reason we decided to support this app is because it is new, it is compelling and it’s different.

“A lot of people will do things for cancer, or children, or some kind of wildlife sanctuary or endangered species, which is all great and good – but we thought this was something that was less addressed.

“I’m from India, where there’s been a lot of horrific stories about domestic violence and rape, so as well as thinking this is a very important subject to tackle, it hit closer to home than most other people for me.”

It took Za Teb and PremFina a year, from concept to execution, to launch the domestic abuse app, during which time PremFina’s IT team in the Bulgarian capital Sofia designed it.

The actual coding work took place at neighbouring company Bold Networks, which was behind recently-released app Slamdunk Network – a tool for basketball enthusiasts to locate other players and courts to join active games.

Choeva says: “The initial talk was about how we bring all the existing domestic abuse organisations and the police, as well as psychologists and legal professionals, together in a way that can reach people much faster.

“In Bulgaria, it’s very hard to find the right kind of help, so the plan was to unite all these forces.”

The free app, which is available on iOS and Android devices, currently only aggregates the locations domestic abuse victims can go to for help in Bulgaria, but Choeva and Rangar aim to bring it to other areas of Eastern Europe in the near future.

It is targeted at women, with much of the language used within tests related to female victims – such as “does your boyfriend treat like you like an object under his possession?” – but Choeva and Rangar are fully aware that men can be abused to, and are working on including a “help for men” section.

According to the US Office on Women’s Health, a government institution created in 1991 to address female health issues, it can be difficult for domestic abuse victims to know that they’re in an abusive relationship if their partners can be loving, attentive and supportive – as well as abusive.

It’s for this reason that Za Teb includes a self-determination questionnaire in its app for those that aren’t sure they’re being subjected to abuse.

Choeva says: “Our materials were specially made with psychologists and people who have been in that industry for more than 30 years.

“It’s gives a better understanding of the different types of domestic violence because it’s not just physical – it can be psychological, sexual or financial.

“Fighting with this problem starts with us being informed, so that was a main priority for us.”

Questions include more obvious red flags like whether a user’s partner shouts at them, disrespects them or hits them.

But also whether their choices, relationships and finances are restricted – just like in Kate’s story.

At the end of the 13 questions, Za Teb tells users whether their answers indicate a pattern of abusive behaviour, and presents them with links to read more about the danger signs, and a map with the nearest help centre to their location.

For friends and family who are worried somebody in their circle may be the victim of domestic abuse, the app has a separate test to inform on the warning signs to look out for and determine whether or not another person is being abused.

A secure way for victims to prove domestic abuse to friends, family and the police

Women in situations like Kate’s can struggle to break the cycle of abuse for a long time, convincing themselves they can deal with it, or enduring it because they’re afraid of what might happen if they try to leave a partner.

But when they finally do decide to seek help from friends, family or the police, it helps if they have the proof to back up their accusations – especially in a court of law.

“With the My Diary feature, you can record any kind of domestic violence,” explains Choeva.

“You can upload text messages, pictures, voice recordings and videos, as well as write things.

“This makes the process of showing evidence to the police or going through court later on much easier.”

Designing the app’s features started with Choeva talking to survivors of abuse to find out exactly how an app could have helped in their situations, and overwhelmingly they mentioned the ability to hide it from their abuser.

She adds: “I went to help centers and talked to different organisations, but also just talking to women was a main thing for me, because I’ve never been in this kind of relationship or situation.

“I needed to get into their heads and understand what’s important and what they need if they’re in danger.

“One main thing they asked is ‘how are we protected?’ and ‘what if he sees that I’m using an app against domestic violence?'”

For this reason, the initial screen presented to users once they download Za Teb explains how it can be hidden from view – a process its team is working to refine.

Choeva and Rangar see Eastern Europe as the area Za Teb can benefit the most people, with Rangar pointing towards Russia specifically because it recently decriminalised domestic abuse – meaning women are silenced there more than anywhere else.

Choeva claims organisations that help domestic abuse victims in both Russia and Ukraine have shown interest in the app, so this could be where it ends up next.

“Eastern Europe is our focus right now, but we want to launch the app in other continents and countries too,” she adds.

According to both Choeva and Rangar, partnerships could be a key part of helping the app to scale, with possible alliances with psychologist organisations, cosmetic companies and government agencies something that could contribute to its growth.

As a not-for-profit, Za Teb is relying on external sponsorship from within the countries it hopes to move into.

But Rangar believes the universality of domestic abuse and Za Teb’s tools to tackle it will allow it to reach domestic abuse victims internationally in the future.

“The app is scalable and you can take it to different countries,” he adds.

“You have to adapt it of course to include local help centers and support systems – but the overall psychological profiling of what is an abusive situation is pretty universal.”

For Kate – using an alias to protect her identity – she believes if she’d had access to tools like those found within the Za Teb app, she may not have suffered for nine years.

“I was blind to the abuse because I didn’t have anybody else but my partner and my kids – so I couldn’t see outside of that box. The questionnaire featured in the Za Teb app, as well as the signposting of help centres close by, would have helped me to leave a lot earlier than I did. I didn’t prosecute my abuser because I wasn’t mentally strong enough to go through the process – but if I had access to the evidence of my abuse through a tool like My Diary, that would have helped so much in getting him charged, and I would have gone to court.”