World Cup at work: How employers can keep staff productive during the knockout stages

As the World Cup reaches the knockout stages, football fans will be eager to keep an eye on what's happening not with their own country's games but tournament rivals too 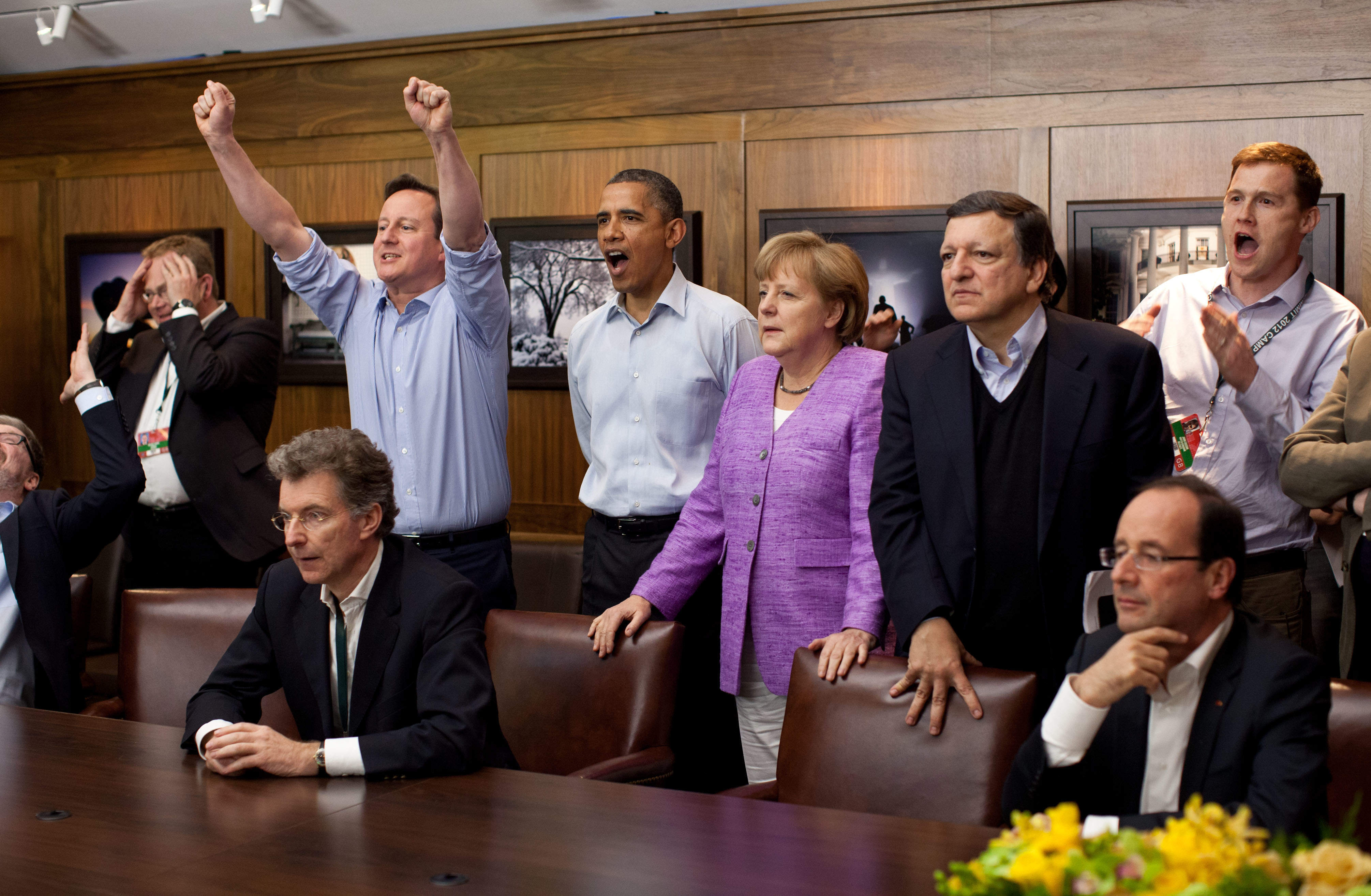 If the old G8 leaders can watch football in the office, then there's no reason staff can't get a little time off to catch the World Cup at work (Credit: White House)

Down to the last 16, the planet’s biggest football competition is now in full swing – and many fans will no doubt be eager to watch the World Cup at work.

While many of the knockout games will be aired at evenings and weekends, some key clashes will take place during the working day – including at 3pm BST.

Even when their own team isn’t playing, some of the sport’s heavyweights remain in the competition, including Brazil, Argentina, France and Spain.

This may give bosses a headache over productivity levels – as well as worries about staff “pulling a sickie” – but there are ways employers and their employees can come to a compromise when it comes to the Fifa 2018 World Cup at work.

Laura Kearsley, partner and solicitor in the employment team at East Midlands-based law firm Nelsons Solicitors, shares suggestions on how businesses can help staff enjoy the football festival while still being productive.

More employees are requesting time off work, how do I handle this?

Employers may see an increased rate in their employees requesting time off in order to watch the matches during the World Cup.

If a business is unable to accommodate all of the requests, it is vital staff members’ expectations are managed sufficiently.

To do this, employers should ensure the time requested off work is granted on a fair and consistent basis.

I suspect an employee is ‘pulling a sickie’, what should I do?

If a member of staff has requested time off work and the employer has been unable to grant it, the employee may be tempted to call in sick when they are not ill in order to watch a game.

During the tournament, employers may want to more closely monitor sickness absence and take measures to prevent and deter employees from taking advantage of the system.

This may involve reminding staff of sickness absence policies, in particular, what will be considered to be genuine reasons for absence and notifying staff in advance that any unauthorised absences from work could result in disciplinary action being taken.

What about excessive social media and internet use? Do I need to update business policies?

Businesses need to make it clear that excessive use of the internet and social media in order to keep up-to-date with the World Cup at work will not be tolerated.

Employers should reinforce internal policies that may already be in place on personal internet and social media usage.

Employers may want to actively check and monitor internet and social media during the tournament.

If so, they should ensure that staff are aware this is a possibility by, for example, including it in the staff handbook.

How do I stop any potential rivalry during the World Cup at work?

“While football is perceived as being the country’s most popular sport, it probably won’t be of interest to all workplace employees, so it is important those who have no interest in the World Cup at work do not feel excluded.

It is essential this does not cross the line into racial discrimination – based on nationality – and employers should take steps to keep this under review and make it clear that any discriminatory behaviour will result in disciplinary action.”

How can my business embrace the World Cup at work and what are the benefits?

Don’t forget that the World Cup can also offer the opportunity for employees to engage and bond with one another and businesses may want to take advantage of this by allowing their employees to keep up-to-date with what is happening at the tournament.

You could, for example, screen some matches in a break room or arrange themed social events.

Employers who successfully use the World Cup as an employee engagement tool are more likely to benefit from the positive impact on morale.

It can be an opportunity to engage and include staff which, if utilised correctly, can discourage employees from any unauthorised absences or excessive internet or social media use.

However, it is worth a business checking their policies and procedures to ensure that potential challenges are covered and that employees’ attention has been drawn to the relevant sections.