Dark side of working in the video game industry: 100-hour weeks and on-the-spot sackings

For many people, the chance to make PS4 and Xbox games is a dream job - but the reality of working conditions in the video game industry can be six-day working weeks, 24-hour shifts and unrelenting stress. Sam Forsdick speaks to the employees who have experienced the dark side of the industry 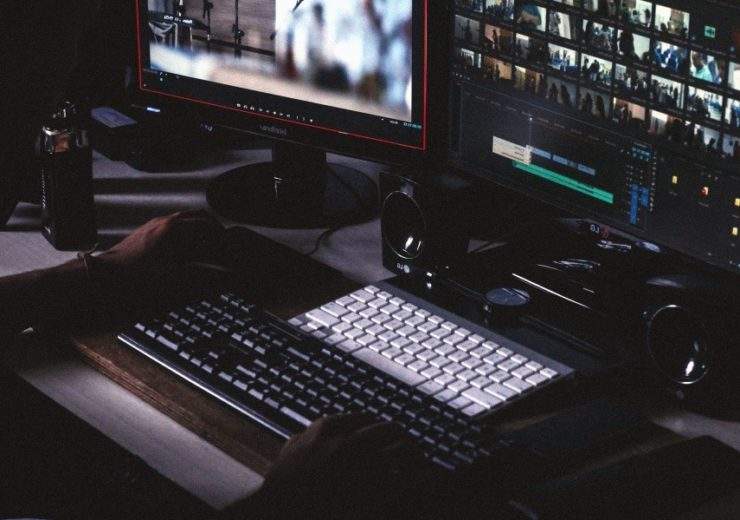 A new trade union for the industry, Game Workers Unite, is pushing for an end to the so-called “crunch” period when overtime becomes mandatory and is fighting for workers’ rights

But in order to create a game that features dynamically growing hair, a functioning wildlife eco-system and horse testicles that shrink in the cold, developers of the cowboy sim had to put in hundreds of hours’ overtime in the run-up to the game’s release.

This period is known as the “crunch” within the $109bn (£85bn) industry and Declan Peach, head of the UK chapter of Game Workers Unite, describes it as the point where the employer says “we need to rack up the amount of work we’re doing into overdrive to hit the deadline”.

Game Workers Unite is a relatively new international movement focused on trying to tackle this “crunch” and discrimination by forming a recognised trade union for the industry – something that the video game industry has so far lacked.

The experience of Rockstar employees is not unique and Declan, who also works as a junior game designer at Nottingham-based Lockwood Publishing, explains that it’s “part of the culture of the industry”.

He adds: “Even in university they tell you about the concept of crunch and that it’s something you should expect.”

Stories of working conditions in the video game industry

More than 85% of employees in the industry attested to being asked to work beyond their contracted hours, according to a GamesIndustry.biz report, and the incessant overtime and commitment to tight deadlines is taking its toll on employees.

Many took to Twitter to speak out about their experiences with other game studios following the debate around working hours at Rockstar.

In my career, I have…

…worked 36 consecutive hours over a weekend in the midst of working 80+ 7 day weeks for several months straight. My sleep schedule didn’t recover for 5 years. One of our teammates who pushed himself further went on 6 months medical leave.

Jared Rea described the 24-hour shifts as a game tester for arcade game developer Atari before being laid off following the game’s release.

Job Stauffer, who has previously worked for The Walking Dead developer Telltale Games and Rockstar, described the pressure of working on Grand Theft Auto IV as “like working with a gun to your head seven days a week”.

While Sam Maggs, who works as a senior writer at a major studio, told of co-workers from previous jobs “working themselves to the point of actual physical illness”.

What is it like to work under the “crunch” in the video game industry?

Tommy Millar, who has a 12-year history of working in the video game industry on art and animation for AAA titles – games with the highest budgets – speaks to Compelo about his time working at one of the biggest studios in the UK.

“My experience of the gaming industry has been particularly bad,” he says.

“The studio had us on very long hours, but we were always promised that if we do the long hours, we would rise quickly through the ranks.

“I started to doubt myself at this point. I was working incredibly long hours and rarely going home but the idea harbours and festers that you could do better if you stayed a little bit longer.

“In the same vein, the people there who have families to go to and try to have social lives outside work would be getting death stares as they’re leaving.

“As a result, we all became conditioned to feel that way.”

In the build-up to the release of the game, around Christmas in 2010, the studio head called everyone into the “dark room” – the largest meeting room in the office.

According to Tommy, the boss said: “We need to get this game to 60 frames per second and we need to get 85-plus on [review aggregator] Metacritic or some of you won’t have jobs to come to in the New Year.”

Alongside the ultimatum from the head of the studio, someone from HR was tasked with going from desk to desk, tapping people on the shoulder and asking them to leave.

Tommy describes it as “one of the scariest things I’ve ever endured”, and compared the HR member to “the grim reaper”.

“We didn’t know who was going or why they were going, but we could see that it was no longer a threat of being let go if you don’t work extra hours – people were actually being fired on the spot,” he adds.

Illness linked to working conditions in the video game industry

Tommy took it upon himself to work 13 to 14-hour days and gradually wore himself down.

He says: “At one point I was about six stone. I still have OCD and anxiety, I had clinical psychosis and all these conditions which I developed as a result of secondary and tertiary problems from neglecting my health.

“The ironic thing is that you end up working less because you’re overworked.”

The extra work resulted in Tommy fainting several times in his bedsit and not making it into work.

“It turns out I had liver and heart failure,” he says.

“I probably would be dead if they hadn’t come round and I hate to think that there are other people with a similar level of susceptibility.

“When you’re quite single-minded and you only have one goal in your life, then anyone can get caught in that loop.”

Although Tommy admits he must accept a bit of “mea culpa”, he would never recommend working for a big publisher under current working practices.

“I have family that say, ‘your uncle Tommy works with games’ and I hear them say they want to get into it someday.

“I want to tell them ‘I don’t want you to just about die from working there’. I had liver failure because I was malnourished.

When helping to complete a game development in the run-up to Christmas last year, he received an email from the CEO of the company saying how “displeased” they were about the lack of attendance over the weekend.

It prompted him to take his working week from 9-5, five days a week, to a six-day week at 7am to 9pm.

“I would always come in one of the two days on the weekend, normally Saturday, so I could have Sundays with my wife,” he recalls.

“It continued like this for two and a half months, even though my health was deteriorating.”

According to the source, who wishes to remain anonymous, the employer created “incredibly stressful conditions” and “a climate that left workers constantly looking behind their back”.

He was later diagnosed with Crohn’s disease, an inflammatory bowel condition where symptoms can be triggered by stress, and adds: “Obviously I have no proof that I got sick because of work but I strongly believe that I started getting symptoms because of the amount of hours and pressure I was put under.”

View from studios about working conditions in the video game industry

Of course, there’s two sides to every story.

Rockstar has moved to clarify the comments made by founder Dan Houser about staff working 100-hour weeks during Red Dead Redemption 2‘s development.

“It’s something that we’re always striving to get better at,” he added.

“We’re growing as fast as we can, and we’re structuring our departments based on need, because we don’t want people working too hard.

“Do people work hard and is there overtime and extra effort put in? Yes, there is.

“Is it something we want happening regularly for long periods of time or as an accepted part of our process or as a ‘badge of honour’ thing? No, it is not.

“We are always trying to improve how we are working and balance what we are making with how we make it and we will not stop working to improve in this area.”

This admission of difficult working conditions is nothing new, with numerous industry insiders warning about such practices online.

Priscilla Araújo says in a blog on Towards Data Science: “crunch time and high lay off rates can be real”.

“They occur because game development is composed of releases, during the production, more staff can be hired to attend urgent demands and tight deadline” she adds.

“Once the production ends and the game is finally released, the company has to cut costs until the next production starts and so the lay-offs occur.”

Some studios are now being recognised for improving working conditions in the video game industry.

Independent Liverpool-based studio Lucid Games, which makes titles including James Bond 007 : Blood Stone and the mobile version of Grand Theft Auto: Liberty City Stories, was one of the winners in GamesIndustry.Biz’s Best Places To Work Awards 2018 for the UK.

On its website are a list of perks including flexible hours, up to 35 days’ holiday and “generous” maternity and parental leave.

The company states “a healthy work life balance is key to our company culture”.

Ultimately, the blame for the wider industry problem of harsh working conditions comes down to the “crunch” culture that many workers want to see come to an end.

Some employees have long called for an organisation that defends their rights, claiming “employers can do whatever they want”.

Declan, of Game Workers Unite (GWU), says: “The thing about the game industry is that it’s a very attractive industry to work in and so many people in it are there because they love video games.

“Employers know that it’s many people’s dream to be there so they are able to exploit the fact.”

GWU has been working towards forming a formal trade union in order to collectively oppose these poor working practices in the gaming industry.

“These issues are allowed to occur because we have never really had a collective bargaining in the industry before,” adds Declan.

“Something positive that has come out of the controversy is several people who work in quality assurance at one of the UK branches of Rockstar came forward and pushed their employers to put an end to mandatory overtime.

“It shows public pressure works and that our campaigning can definitely lead to something in the future.”

The result of the added awareness has been GWU’s announcement that it will “soon become a legal games industry trade union, not just advocates”.

The next step will now be to put additional pressure on some of the video game studios across the UK, bring an end to crunch culture and make the industry a better place to work for its employees.