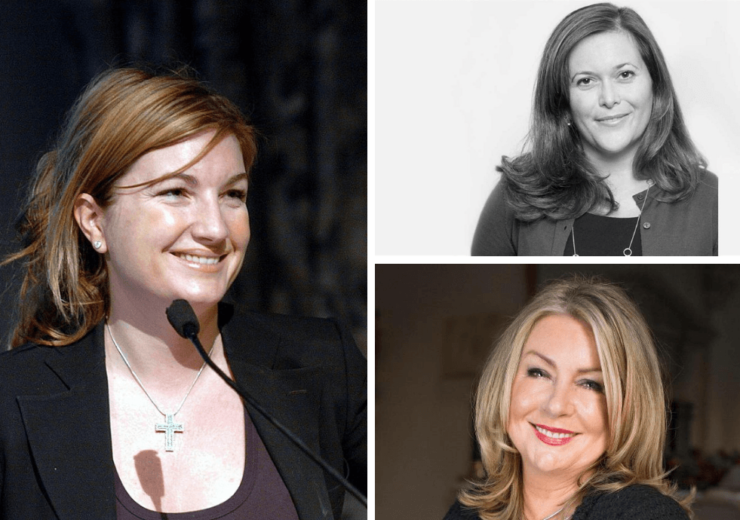 Despite growing recognition and interest in women’s sport, the top positions at many Premier League football clubs are still dominated by men.

A 2017 report by Women in Football found that only 35 of the 523 directors in the English Football League were women.

In the top flight, less than half the 20 clubs have a female board member and only two have more than one woman on the board.

Even within the FA, English football’s governing body, the board is made up of 70% men and 30% women.

Karren Brady, the vice-chairwoman of West Ham United and assistant to Sir Alan Sugar on The Apprentice, is perhaps the most well known woman operating on the board of a premier league team.

But she is not the only woman conducting some of the business operations at football clubs in England’s top division.

Marina Granovskaia is a director at London-based club Chelsea.

The Russian-Canadian has connections with Chelsea owner Roman Abramovich that stretch back over two decades.

Ms Granovskaia previously worked for the Russian magnate’s oil company as his PA.

During her time with the club, she has been credited with building connections with the Dutch club Vitesse Arnhem, where Chelsea have sent many of their young players on loan, and has orchestrated many of the club’s biggest transfers.

Her influence at the club led The Times and several other publications to declare her “the most powerful woman in football”.

Donna-Maria Cullen is an executive director at Tottenham Hotspur and has sat on the board since 2006.

She previously worked for public relations and marketing company Chime PLC, where she worked on campaigns covering the privatisation of Thames Water and oil and gas company BP.

Ms Cullen advised the football club for 14 years prior to her appointment on the board and currently oversees the commercial partnerships, marketing and communications of Tottenham.

Rebecca Caplehorn heads up football operations at Tottenham and sits on the board of directors.

She was headhunted by Spurs chairman Daniel Levy after she spent five years working as finance director at Queens Park Rangers.

The qualified accountant also has a joint degree in sports science and mathematics, and is responsible for many of the day-to-day operations of the club.

Karren Brady is one of the most recognisable women in football thanks to TV appearances on The Apprentice.

She is often referred to as “the First Lady of football” and has over 25 years’ experience of working in the sport.

Her first appointment was with Birmingham City in 1993 when she was given the role of managing director, at the age of 23, by the club’s then-owner David Sullivan.

Mrs Brady is perhaps best known as the vice-chairwoman of West Ham United, which she moved to when Sullivan and David Gold took over as co-owners of the London club.

She claims that her footballing loyalties have “only ever lay with the two clubs she has represented”.

Tara Warren is one of two women on the West Ham board.

She oversees marketing and communications for the club and was first brought to the club as head of marketing in 2009.

Prior to working for the football club, Ms Warren worked in marketing for London estate agent Savills.

Denise Barrett-Baxendale’s career with Everton FC began in 2010 when she was tasked with developing the club’s community strategy.

Her success in the venture led to her promotion to the position of COO in 2011, and has quickly risen through the ranks – going from deputy chief executive, to member of the board, to CEO in the space of five years.

On her appointment as CEO, she told the club’s official website: “I fully understand the privileged position that I will be taking up and the responsibilities that come with it.

“This is a great club – footballing royalty – with the best, most committed fans and I can assure every single Evertonian that I am completely committed to driving our club forward and making the most of the opportunities that we have.”

Ann Hough first joined Huddersfield Town FC as an assistant to the club’s secretary in 1993.

She has worked her way up through the club’s ranks and was appointed to the role of operations director in 2007.

Although Ms Hough had never been to a football match before starting her career, she went on to lead the club through administration and promotion to the Premier League.

She is currently the longest serving member on Huddersfield’s board and was awarded Yorkshire “Woman of the Year” in 2017 for her contributions to the business, sport and cultural life of the county.

Darcie Glazer Kassewitz, daughter of Manchester United’s late former owner Malcolm Glazer, and is now on the club’s board of directors.

She holds the position alongside her five brothers Avram, Joel, Bryan, Ed and Kevin, who all became joint-majority shareholders following the death of Malcolm in 2014.

She is rarely spotted visiting Old Trafford but has a more active role in the Glazer Family Foundation, of which she is president, and NFL team Tampa Bay Buccaneers, of which she is a co-owner.

Susan Whelan is CEO of Leicester City FC and was first appointed to the board in 2010.

She is credited with the successful restructuring of the club’s commercial arm and helping the club’s profits reach record levels.

Dublin-born Ms Whelan was awarded an honorary degree from the University of Leicester in January 2019 in recognition of the club’s success – they upset all odds to famously win the Premier League title in 2016 – under her leadership.

She previously built a reputation as one of he most respected executives in the travel retail sector, working for King Power, the duty-free company led by Leicester’s late owner Vichai Srivaddhanaprabha.

Michelle Walder is the only woman to sit on Brighton and Hove Albion’s 11-person board.

She became a director of the club in July 2016 and also serves as the chairwoman of Brighton’s women’s football subsidiary and the HR committee.

Outside the world of sport, Ms Walder is CEO and co-founder of business consultancy firm TXG.

Nelly Gao was installed as a member of Southampton FC’s board after her father Gao Jisheng bought an 80% stake in the club for £210m in 2017.

Katharina Liebherr, who inherited the club from her father in 2010, retains a 20% stake in the club but stepped down from the board in 2017 following a reshuffle.

Speaking at the unveiling of the new majority shareholders, Ms Liebherr said: “Mr Jisheng Gao and his daughter, Mrs Nelly Gao, with whom I have built a close relationship, share our values and ambitions.”