According to former Formula One champion and Santander UK ambassador Jenson Button, more women in engineering are needed, with the UK currently employing the lowest number of female engineers across Europe 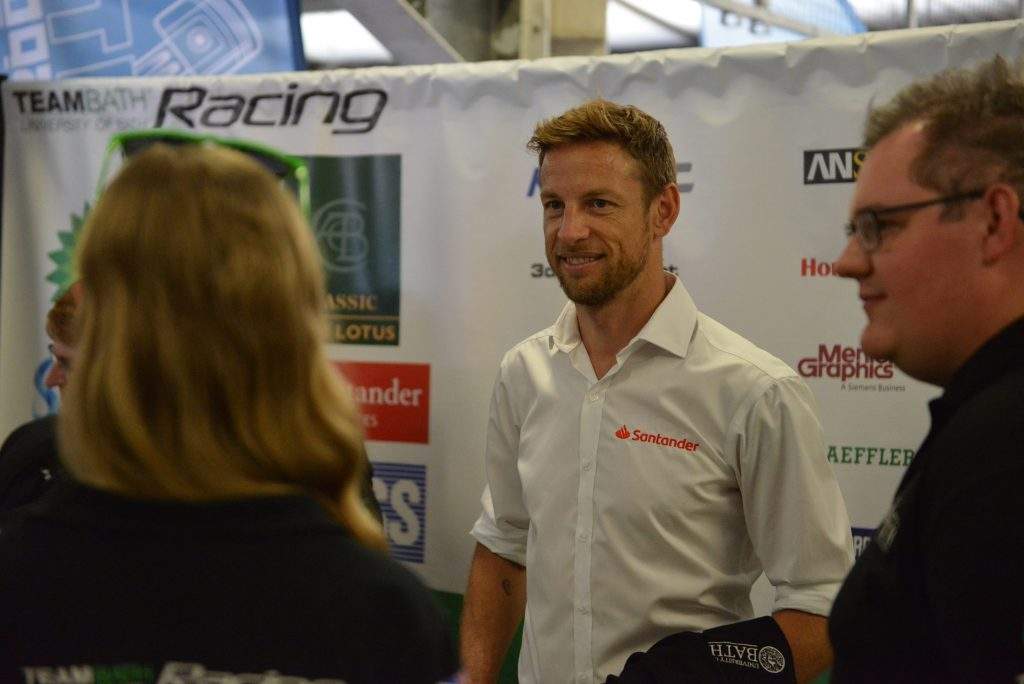 Jenson Button at the Formula Student World Finals in Silverstone

Jenson Button is leading calls from the motoring industry to increase the number of women in engineering – with Britain lagging behind the rest of the continent when it comes to equal representation.

The former F1 champion argued female engineers are already making a big difference in motor sport, but that a much higher percentage in order to address imbalances.

He appeared alongside a host of high-profile speakers at the Formula Student World Finals, a competition held by the Institution of Mechanical Engineers at Britain’s Silverstone race circuit.

The UK currently holds the lowest ratio of female employees in Europe with 11%, although this has risen by 2% since 2015.

“It vital to push for more women working in mechanical engineering,” he said.

“Many Le Mans championships have been won by female engineers so there is obviously no reason why more females can’t get involved, including the driving.

“I’ve worked with very competitive women at the highest levels of engineering, but we need many more to enter the field.”

Britian’s low number of women in engineering is partly due to its few female engineering and technology undergraduates, with just 15.8% currently taking related courses.

Head of vehicle performance at Williams F1 Rob Smedley, who appeared alongside Button at Silverstone, said: “I think engineering has a real image problem that we need to work on.

“I always try to get as many females into my group as possible because it’s an alpha male environment, and when you put girls into that mix then they act like the control rod.

“And what you get is a much better product.”

About 13% of people competing on Formula Student teams are female, 4% above the national average.

Defending champion Cardiff University has 23% women studying STEM (science, technology, engineering and mathematics) subjects, which is 10% above the rest of the UK.

The event has benefited from support from programmes such as Santander Universities, which funds 11 of the competing teams.

This investment comes as part of its work to inspire the next generation of engineers, and to encourage the study of STEM subjects and diversity in the industry.

Since 2007, Santander Universities has invested £69m in supporting UK students and universities, providing more than £10m funding in 2017.

Button, who attended the event as a Santander UK ambassador, added: “It’s fantastic that Santander Universities have given the opportunity to so many in higher education to come here today and compete for this illustrious prize.

“Formula Student is massive and it’s great to see over a hundred teams here competing. They have put a year of their lives into competing here this weekend.

“Some of the cars that they engineered with and the ideas that they have come up with are outstanding.”