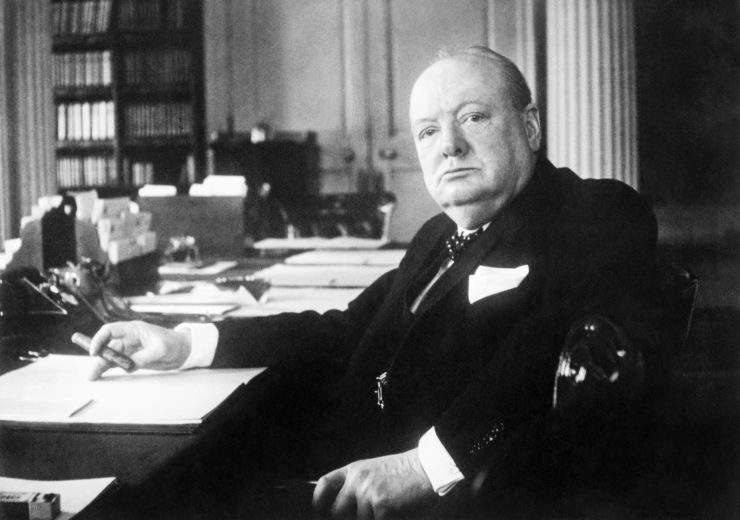 He is one of Britain’s most celebrated sons and the legacy of Sir Winston Churchill lives on today – with numerous quotes about leadership still relevant to businesses.

The Second World War Prime Minister’s one-liners are the stuff of legend – think “the price of greatness is responsibility”, and “Russia is a riddle wrapped in a mystery inside an enigma“.

But he reflected on a vast range of topics, and his musings on everything from how to command respect to striving for perfection could inspire business owners, CEOs and managers.

To mark the 54th anniversary of the great man’s death, aged 90, we look at how to be more like Churchill in the office.

Command respect every time you open your mouth, just like Winston Churchill’s leadership

No one does public speaking like Winston Churchill. As the Prime Minister who spearheaded Britain’s – and the Allies’ – fight against Adolf Hitler’s Nazi Germany, he coined a number of phrases that have gone down in history.

“History is written by the victors.”

“An appeaser is one who feeds a crocodile, hoping it will eat him last.”

“I never worry about action, but only inaction.”

“Politics is the ability to foretell what is going to happen tomorrow, next week, next month and next year. And to have the ability afterwards to explain why it didn’t happen.”

“You have enemies? Good. That means you’ve stood up for something, sometime in your life.”

When Churchill spoke, people listened – not a bad trait for a CEO or even a manager to have when dealing with their workforce.

And modelling a leadership based on some of these quotes would no doubt have staff looking up to their boss with great respect.

Never give up in the pursuit of your ultimate goal

Many entrepreneurs will at some point struggle to see the fruits of their intensive labour.

While it can be tempting to quit and move on to something else, it may be wise to listen to Churchill’s words.

He once said: “If you’re going through hell, keep going. Never, never give up.”

Another pearl of wisdom was:“Success consists of going from failure to failure without loss of enthusiasm.”

Courage is one of the best weapons for any CEO to have in their armoury, especially when the going gets tough.

And Churchill summed this up perfectly when he said: “Success is not final, failure is not fatal – it is the courage to continue that counts.”

Constantly striving for perfection is no bad thing

A company may be at its most vulnerable after hitting targets as resting on laurels is a dangerous game.

But if Churchill was the leader of a company, his staff would never be allowed to stand and admire their achievements.

Never has this been more relevant than in an ever-changing digital world, where companies must adapt to new technology if they are to stay ahead of the competition.

For those businesses that didn’t move with the times, there are many examples now on the financial scrapheap.

Planning for the future is crucial

We can never truly know what lies around the corner and any business will no doubt have to encounter numerous roadblocks.

It means having a strategy to deal with any potential obstacles can be crucial to success, as Churchill suggests: “Let our advance worrying become advance thinking and planning.”

But planning too far in advance could leave a company short in the medium term.

Heed Churchill’s warning here, then: “It is always wise to look ahead, but difficult to look further than you can see.”

Make sure your point is understood properly

We’ll leave Churchill to explain this one: “If you have an important point to make, don’t try to be subtle or clever.

“Use a pile driver. Hit the point once. Then come back and hit it again. Then hit it a third time – with a tremendous whack.”

If a business wants to showcase a new strategy or product, maybe simplicity and aggression are the best marketing tactics.

Similarly, shooting straight from the hip can sometimes be the best form of communication with staff when it comes to setting out targets or dealing with issues.

Repeating mistakes will only end in the same result

Companies that fail to learn from their mistakes are those most likely to fail, while acting swiftly when problems do arise is crucial to damage limitation.

Any boss would be wise to take in the great leader’s words here: “Want of foresight, unwillingness to act when action would be simple and effective, lack of clear thinking, confusion of counsel until the emergency comes, until self-preservation strikes its jarring gong – these are the features which constitute the endless repetition of history.”