Why are company values important? The view from a senior Gartner analyst

Speaking on the first day of the Gartner Symposium 2018, the global advisory firm's senior director analyst Ansgar Schulte told his audience why company values are important, how to create them and what benefits they bring 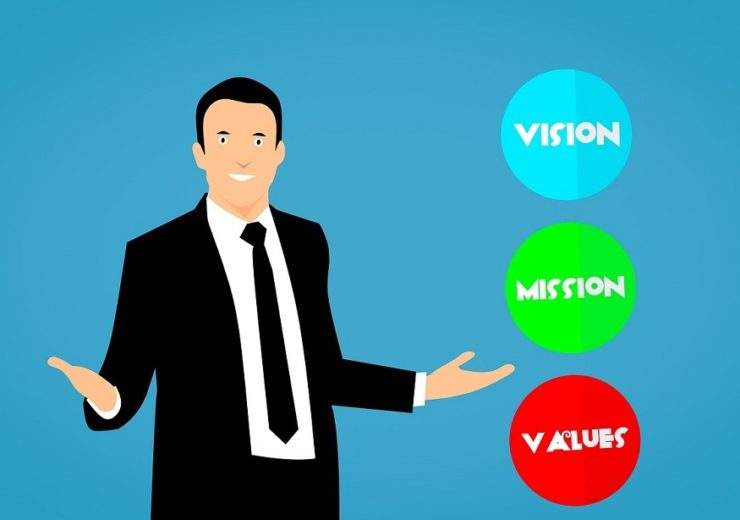 Increased financial costs, diminished staff loyalty and greater risk of scandal are some of the potential consequences for business lacking a clear identity – highlighting why company values are important.

That’s the view of Ansgar Schulte, senior director analyst at global advisory firm Gartner, whose research indicates the cost of hiring a new employee is five-times greater than retaining an existing one.

This happens much more often when company values are not clearly defined, he claimed, as team members do not offer as much loyalty to a business they can’t identify with on an ethical and personal level.

Speaking at Gartner Symposium 2018 in Barcelona, Mr Shulte said: “Ethics and core values stem from the founder of a company and their vision – or they can equally come more formally from a process of deliberation between members of a management team.

“These core values define a company’s spirit and vision statement, and they can often be traced back to the founder’s own personal values, and the more clearly defined they are the more loyal your employees will be, – which translates into huge cost savings.

“Our research also found replacing an existing employee with a new one costs up to three-times their annual salary when all is said and done, on average.

“Good values can also mitigate the risk of scandal – if you adhere to solid principles, you are less likely to end up in the kind of mess companies such as WorldCom did, for example.”

US telecoms giant WorldCom filed for the largest ever bankruptcy at the time in 2002 and eventually collapsed under new moniker MCI Inc. four years later.

Its problems arose after executives inflated the telecoms company’s assets by $11bn through flawed accounting.

The firm was later criticised for a strong culture of secrecy in which it was labelled a “poster child for corporate governance failures”, with a working environment that “implicitly forbid scrutiny and detailed questioning”.

Mr Schulte believes a company with a strong ethical base will have four key values – which are “small in number but very important”.

He defined these as the following:

According to Mr Schulte, organisations should use these four core values as a blueprint for their own code of ethics.

There’s room for personal spin within this quartet as every company is different, but the key is to clearly define these ideas and make them a living, breathing part of a business model.

“Very often, there’s a misconception that making business decisions based on your values creates a benefit,” said Mr Schulte.

“But the return on having values is something that comes naturally on its own.

“In addition to increased employee loyalty and the benefits that brings, having these values ingrained in your business ecosystem will create a much stronger brand reputation, boosting your brand equity and attracting investors and job seekers.”

How do you create company values?

Mr Schulte defined the process of creating core values as a difficult one, but said keeping them consistent across all levels of an organisation is even harder and requires constant attention.

Issues arise when employees begin to feel like outsiders, and have their behaviour constrained by rigid set of principles mandating their every move.

And once values are in place, problems occur when companies are unable to keep them consistent in both senior and junior teams, which can lead to acrimony between both.

“The problem is you can’t just say you have a set of ethics and then not adhere to them yourself – this kind of hypocrisy is easily and immediately recognisable by employees and it will cause issues,” said Mr Schulte.

“So it’s up to you as business leaders to make sure your business values are as in line with your own personal ethics as possible, so you can maintain throughout your organisation more consistently.

“This way, your employees will start to recognise your integrity, as well as the values you profess, and they’ll start to believe them and live them themselves – then you start to reap the benefits.

“For example, at one of my previous companies before I joined Gartner, we used to have a rule that if you were late to a meeting, you had to pay one euro for every minute over the meeting’s start time that you were late.

“No matter your role in the company or how busy your agenda was, you had to this – it created a kind of consistency and level playing field that everyone in the room appreciated and bought into.”

Why are company values important?Maximising the impact of corporate ethics

In order to make the most of a company’s set of principles, Mr Schulte recommended firms make their values actionable and simple so the ethics can be lived and demonstrated easily.

He also believes they should have a moral focus, not an economic one, to ensure they endure as long as possible and are linked to something other than profit.

This is in addition to having “informal leaders”, meaning people within a business who are not necessarily senior executives – but who embody its values – help encourage others to live by them.

“I would also say it’s key to check your own personal values honestly for alignment with the enterprise’s core values and consider appropriate action,” Mr Schulte added.

“Then make sure you share them with your team and make them as tangible as possible through simple, day-to-day leadership behaviours .

“Above all else, be who you are, not who others want you to be.”