Who is Robert Kraft? Profiling the New England Patriots owner and CEO of Kraft 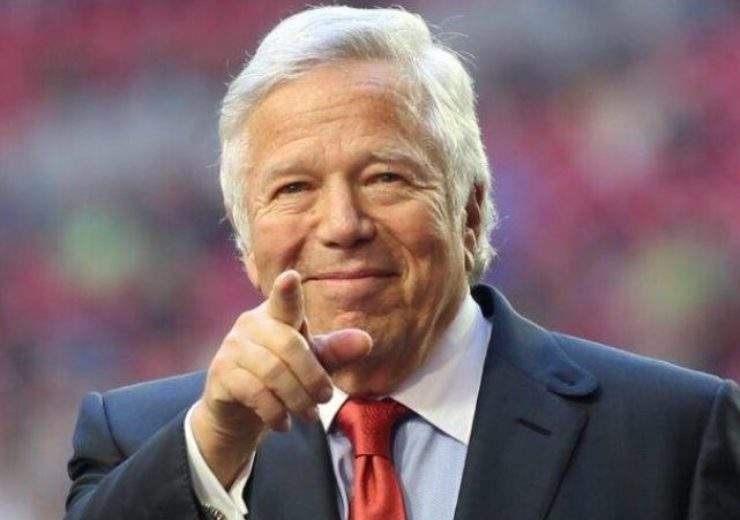 As the New England Patriots prepare for their 11th Super Bowl appearance, one man who is no stranger to such an occasion is the businessman behind much of their success – Robert Kraft.

Kraft is the founder and chairman of the Kraft Group, a holding group of companies that includes the New England Patriots, International Forest Products and Rand-Whitney Container.

Valued by Forbes as having a net worth of $6.6bn (£5bn), Kraft made his first few millions through packaging and paper manufacturing.

His protracted efforts to become owner of the New England Patriots have also paid dividends as Kraft has transformed the team into a multi-billion dollar franchise.

Who is Robert Kraft?  Early career

Following his graduation from Columbia University in 1963, Kraft received a fellowship for Harvard Business School, where he studied for a master’s degree in business administration.

In 1968, Kraft took over the Rand Whitney Group, a packaging company owned by his father-in-law.

Shortly after, in 1972, he created International Forest Products – a global trading company for paper, pulp and other wood-derived products.

The two companies combined in 1998 to make the Kraft Group, which is now one of the largest holding companies in the world and ranks in the top 100 privately-owned businesses in the US, according to Forbes.

It claims to produce and sell more than four million tonnes of paper annually and provides cardboard packaging and cartons for companies such as Kodak, Estee Lauder and Avon.

The group has since diversified into real estate, private equity, investments, sports and entertainment.

In 1983, Kraft became director of the board for WNAC-TV – a now defunct Massachusetts-based TV channel.

His first venture into sports was with the Boston Lobsters, a WTT (World Team Tennis) league tennis team, in 1975, but the team folded in 1978 with the closure of the league.

How did Robert Kraft buy the New England Patriots?

Kraft long held the ambition of owning the New England Patriots and in his pursuit has reportedly paid $227m (£178m) for the NFL team, the stadium and surrounding real estate.

His quest to become owner of the New England Patriots began with the purchase of the car parks surrounding the Foxboro stadium, where the club used to play, after then-owner Billy Sullivan let the lease lapse.

In 1988, Kraft completed the purchase of the stadium for $22m (£17m), which included the lease to the Patriots that tied them to playing at the venue until 2021.

This was followed by the purchase of the New York Patriots for $172m (£132m) in 1994 – some eight years after Kraft first bought the parking lots outside the stadium.

According to newspaper clippings from the time, the chief competition in Kraft’s bid to own the Patriots came from Stan Kroenke – the owner of the Los Angeles Rams and the team the Patriots will face in the 2019 Super Bowl.

The New York Times reported that Kroenke offered as much as $200m (£152m), with the intention of moving the team to St Louis – he would later buy the St Louis Rams and relocate them to LA.

To celebrate the completion of the deal for the NFL team, Kraft said: “I’m taking my wife and four sons to a Celtics game. We’re all sports nuts.”

Newfound success for the Patriots under Robert Kraft

While under his ownership, the Patriots have gone through a sustained period of success.

Prior to the Kraft takeover, they had reached six play-offs in 34 years.

But since 1994, the team have won ten American Football Conference titles and have made the playoffs 20 times.

They have appeared in ten Super Bowls, winning five, and will be contesting their 11th on 3 February 2019.

The Patriots franchise is now worth $3.8bn (£2.9bn) – a significant return on his investment.

Kraft also founded the New England Revolution in 1994, a Major League Soccer team that plays at the Patriots’ Gillette Stadium, which replaced the Foxboro Stadium after it was demolished in 2002.

Speaking to the MASSLive radio network about his early ambitions with the club, Kraft said: “We tried to develop a culture and a system.

“Getting good people in to sustain the organisation and keep it going.

“I’ve said in my business career, I never make changes unless I can improve things.

“Sometimes you make changes for the sake of it.”