Who is Gary Hoffman? From Northern Rock CEO to Monzo chairman 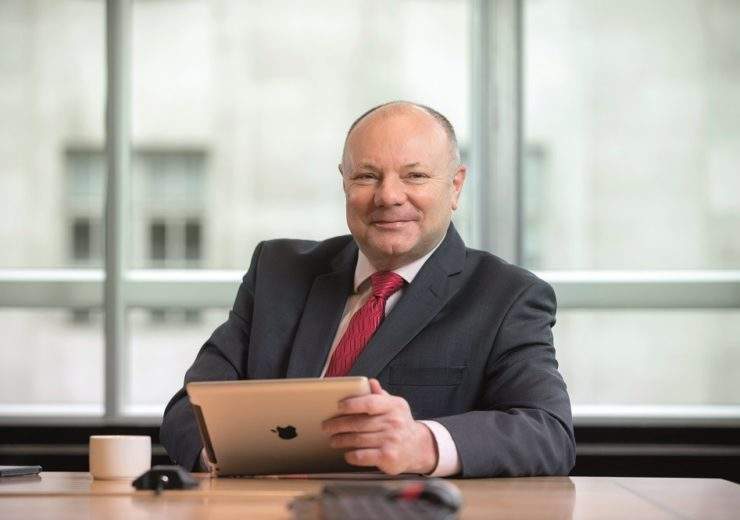 Gary Hoffman has been announced as the new Monzo chair (Credit: Monzo)

Challenger bank Monzo has announced Gary Hoffman as its new chairman of the board of directors.

Mr Hoffman has 37 years’ experience in the banking sector and Monzo hopes his appointment can help to strengthen its leadership team.

He replaces interim chairman Tim Brooke, who has held the position since 2015, while Labour peer Baroness Kingsmill resigned from her position on the board of directors in April 2018.

Monzo co-founder Tom Blomfield highlighted Mr Hoffman’s vast experience in banking and insurance as the reason for bringing him to the company.

Here, we look at his career, which has included stints at Barclays, Northern Rock and Coventry Building Society – as well as a boardroom role at Coventry City FC.

Who is Gary Hoffman? Starting banking life at Barclays

Mr Hoffman began his career as a trainee at Barclays in 1982 after graduating from Cambridge University with a degree in economics.

In 2001, he was promoted to CEO of Barclaycard – the bank’s international credit card payment services.

He later became vice-president of the company after losing out to John Varley for the role of chief executive of Barclays in 2003.

Mr Hoffman joined Northern Rock in the midst of the 2008 financial crisis and is credited with steering the bank through a government bailout and the subsequent break-up of the retail bank.

When taking on the role, Mr Hoffman was tasked with overseeing 2,000 redundancies and he ensured the £26bn government loan was repaid to the Bank of England ahead of schedule.

As one of the biggest mortgage lenders in the country, he was also responsible for halving Northern Rock’s £100bn mortgage book.

Mr Hoffman returned his “golden goodbye”, which was estimated to total £500,000 in salary and bonuses, when quitting the beleaguered bank to join NBNK Investments in 2011.

Speaking on his role at Northern Rock – which rebranded to Virgin Money after being bought by Virgin Group in 2012 – and the role of bankers in the financial crisis, Mr  Hoffman told the Telegraph in 2011: “My two-and-half-years at Northern Rock felt like 25.

“The team there did a great job, given where it was.

“I had no aspirations to go and be chief executive somewhere else but this [CEO of NBNK] is a once-in-a-lifetime banking opportunity to go and do something different.

“We’ve all got a bit of humility about what’s gone on in banking over the past few years and we want to put it right.”

Monzo isn’t the first challenger bank Mr Hoffman has worked at, having been CEO of NBNK Investments for a short period of time.

NBNK had the ambition of becoming a new UK retail bank through the acquisition of assets from other banking groups.

But despite initial approval from the regulator, NBNK went into voluntary liquidation in June 2016 after failed bids to buy Northern Rock and Lloyds Banking Group branches.

Mr Hoffman was only there from 2011 to 2012, before going on to work at motor insurance broker Hastings as CEO for six years, leaving in February last year.

In April 2018, Mr Hoffman was hired as non-executive director and chairman of Coventry Building Society – a position which he still currently holds.

The lifelong Coventry City FC fan has previously acted as vice-chairman of the club.

During his six months of leave following the closure of Northern Rock, Mr Hoffman is reported as saying he planned to spend the time watching Coventry matches.

According to reports on Coventry Live, he has been linked with leading a potential consortium of local businesses to take over the club in recent months.

Mr Hoffman, who has tabled several bids for the League 1 club, told The Independent last weekend: “We are not in it to try and make money.

“We have a plan to get the club back to the Championship. I am not going to publicly criticise SISU [the current owners] but of course we should not be where we are.”

Mr Hoffman alluded to his role at NBNK after being confirmed as the new Monzo chairman today (9 January).

He said: “I have watched the development of the challenger bank landscape carefully.

Monzo co-founder and CEO Tom Blomfield added: “I’m excited to bring Gary onto the Monzo board as we look forward to 2019 and beyond.

“Gary’s experience in banking and insurance will be a huge support as Monzo really starts to go mainstream.

“I’d also like to thank Baroness Denise Kingsmill for her time as chair, and Tim Brooke, who stepped in as interim chair in 2018, for his hard work and ongoing support.”

He will join the bank as chairman on 1 February, subject to regulatory approvals.