Who is Fred Goodwin? From ruling RBS to contributing to 2008 financial crash

Fred Goodwin is in hot water once again with Taiwanese shipping magnate Nobu Su having announced plans to sue the former RBS banker for £2.5bn - in light of the news, Felix Todd takes a closer look at the man who has been labelled party responsible for the 2008 financial crash 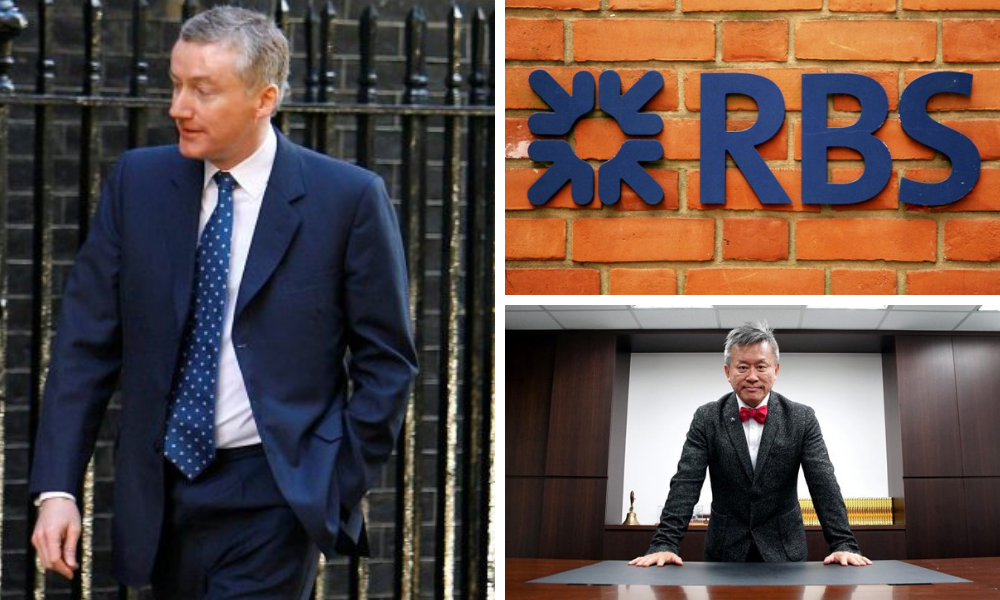 He has been condemned as partly responsible for the 2008 financial crash and now he’s in danger of being sued for £2.5bn by a Taiwanese billionaire – but who is Fred Goodwin?

Time magazine included the former RBS banker in its list of the 25 people at fault for the financial collapse ten years ago, with commentators since labelling him as “the world’s worst banker”.

But the decade-old disaster – for which Mr Goodwin lost his 2004 knighthood – and the recently announced lawsuit, which is one of the largest ever brought against a UK individual, aren’t the only chapters in the father-of-two’s checkered history.

Who is Fred Goodwin? Life before RBS

Unlike many of his banking contemporaries who benefited from nepotism and convenient connections, Mr Goodwin wasn’t the latest in a long line of top university graduates and business moguls.

Born to a Scottish electrician in Paisley, Scotland, the 60-year-old was the first of his family to go into higher education, attending Glasgow University.

By 1983, he had qualified as a chartered accountant with Deloitte subsidiary Touche Ross, and five years later, landed his first role as a partner with the accounting firm.

At the age of 32, Mr Goodwin was responsible for a team of more than 1,000 employees split across London, Abu Dhabi and tax haven the Cayman Islands.

During his tenure at Touche Ross, he contributed to the takeovers of both Clydesdale Bank and Yorkshire Bank, later becoming deputy chief executive of the former in 1996.

He quickly earned a reputation for generating ruthless cost savings and efficiencies while at Scottish bank Clydesdale, which led to his financier contemporaries dubbing him “Fred the Shred”.

Some even took to calling him “a corporate Attila”, supposedly because he was a fearsome outsider – being Scottish and not public school or Oxbridge-educated.

Who is Fred Goodwin? Rapid rise and even faster fall

Two years after his first day on the job, the bank made headlines with its £23.6bn takeover of NatWest – which was three-times the size of RBS at the time – at the turn of the millennium.

Commentators labelled the deal “the making of Goodwin”, and the 60-year-old was promoted to CEO in early 2001, shortly before he cut 18,000 jobs by merging various parts of RBS and NatWest.

Over the next few years, Mr Goodwin led a series of acquisitions, including those of Irish mortgage provider First Active and UK insurers Churchill Insurance and Direct Line, culminating in the 2004 purchase of Ohio’s Charter One Financial for $10.5bn (£8bn).

Problems began to arise in 2007, however, when RBS joined a consortium including banks Fortis and Santander, which purchased dutch bank ABN Amro.

By October 2008, RBS was forced to rely on government loans in order to survive and Mr Goodwin stepped down as CEO before leaving RBS officially the following year.

Who is Fred Goodwin? What “the shred” has done since

He joined international architecture firm RMJM in January 2010, where he served as a senior adviser, but left the posistion after less than a year.

On 1 February 2012, his 2004 knighthood for services to banking was removed by the Queen.

A statement by a cabinet spokesperson read: “The scale and severity of the impact of his actions as CEO of RBS made this an exceptional case.

“Both the Financial Services Authority and the Treasury Select Committee have investigated the reasons for this failure and its consequences.

“They are clear that the failure of RBS played an important role in the financial crisis of 2008/9 which, together with other macroeconomic factors, triggered the worst recession in the UK since the Second World War and imposed significant direct costs on British taxpayers and businesses.

“Fred Goodwin was the dominant decision-maker at RBS at the time.

“In reaching this decision, it was recognised that widespread concern about Fred Goodwin’s decisions meant that the retention of a knighthood for ‘services to banking’ could not be sustained.”

RBS and Mr Goodwin have not responded to the latest allegations made by Mr Su in his £2.5bn claim.