What’s it like to work in the White House? Former federal CIO Tony Scott tells his story

From helping the Obama administration update the US government's cyber security and IT infrastructure as federal CIO to leading The Walt Disney Company and Microsoft's tech teams, Tony Scott is a key influencer in his field 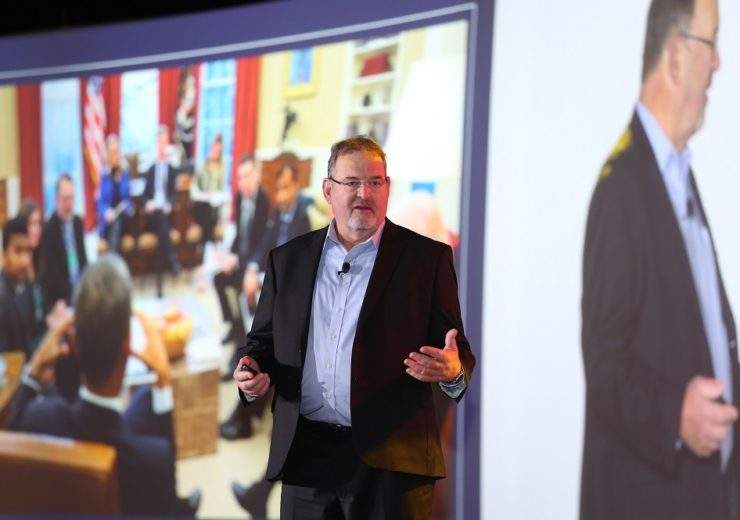 As the third ever federal chief information officer of the United States, Tony Scott is able to answer the questions on many American’s lips – what’s it like to work in the White House?

Mr Scott, who has also been CIO at the Walt Disney Company, Microsoft and VMWare, served in the role under President Barack Obama from 2015 until January last year.

As one of the keynote speakers at the Teradata Analytics Universe data conference in Las Vegas last week, he gave an insight into the inner workings of the US government when it comes to tech and IT.

What’s it like to work in the White House? Analysing the US government websites

Mr Scott became only the third ever federal CIO when he was appointed by President Obama in February 2015, following in the footsteps of Vivek Kundra and Steve VanRoekel.

Obama was called the “first technology president” as his administration put a major focus on open data, cloud and digital services.

But when Mr Scott started his job, he found the government wasn’t too technologically advanced.

He says: “I had a meeting with the President on one of my first days and we were showing him how many people were visiting the government’s websites at the time.

“Until that point, no one had any idea of the volume of people visiting federal government websites or what they were doing while on them.

“It seems like a simple thing but if you don’t know what your customers are reading, how can you better prepare solutions for them?

“Thankfully, it was a good meeting and we got a lot of support from the President.”

Mr Scott remembers the first time he walked into the President’s working space and thinking, “what the hell am I doing in the Oval Office?”

He had a view of the White House from his own office, while other insights he was afforded included visiting Camp David and the Cheyenne Mountain Complex military bunker.

What’s it like to work in the White House? OPM data breach

One of Mr Scott’s worst days as the federal CIO was the Office of Personnel Management (OPM) data breach, which resulted in almost 22 million stolen records for people who had applied for jobs at the US government.

It was one of the largest breaches of government data in the US’ history and included personally identifiable information such as social security numbers, as well as names, dates and places of birth.

Mr Scott says: “It was very detailed information so I had to testify to Congress.

“It was one of the worst days I’ve ever had at work.”

While there were difficult days in the White House for Mr Scott, he also modernised its IT through initiatives such as a 30-day cyber sprint to quickly assess and improve the health of all federal digital assets and networks in 2015, after the OPM breach became public.

He also spearheaded the strategy behind updates to the Federal Information Security Management Act, oversaw privacy issues arising from the Apple vs FBI legal case and managed an $85bn (£66bn) budget for technology spending.

Former federal CIO Tony Scott on how ‘IT is your brand’

Mr Scott is also a well-known figure in the private sector after a 40-year career in IT, which he says is pivotal to a company’s brand now in an increasingly digital climate.

“It’s evidently clear to me that the way you do IT is your brand,” he says.

“It doesn’t matter whether you are a consumer or B2B company, the way people think about your company is going to be based on their experience of your IT.

“And that’s anyone who engages with your company – whether they’re a consumer, employee or partner.”

He believes brand experience, brand promise and brand value are three pillars of this “IT brand” that must be followed to avoid customers getting frustrated and going elsewhere.

To achieve this, companies should “accelerate digitisation”, impose a user-centred design and utilise software to define everything they do.

Business lessons from a 1965 Ford Mustang

One of the barriers to a truly digital future for many established companies is legacy IT infrastructure, a point Mr Scott illustrates with the examples of the Ford Mustang in both 1965 and 2017.

While the newer model retains some of the design features from the 1965 model, the older version couldn’t necessarily be upgraded with individual parts to reach the technological standard of the 2017 vehicle, which is essentially controlled by software.

“You would have to load up a lot of electronics, put some duct tape in and bubble-wrap airbags,” says Mr Scott. “It would be a pretty ugly car when it was done.”

“The reason the 2017 car works is because all that stuff was built into the very design of the car when engineers were figuring out how to make it.

“They found ways to slide all the features in to make them mostly invisible to the customer.

“This is what we’re trying to do with legacy IT infrastructure, siloes of cyber security and business processes.

“We’re trying to take 1965, 1985 or 2005 technology and adapt it to today’s business needs, but slapping everything on afterwards is really difficult and expensive to do – and we don’t get the same result.”

Now a strategic and IT adviser, Mr Scott reflects on lessons he learned about the relationship between humans and data from a large restaurant operator.

It decided to close its branches at 10pm instead of 11pm to save money after data it collected showed the last hour was by far the quietest period.

But after making the move, it found there was now significantly less footfall from 9pm until 10pm because “no one wants to come in for the last hour you’re open, no matter what time you close”.

Mr Scott adds: “It showed that it requires people to understand the business combined with big data and have the right people in your organisation.”