The merger will help the workspace solutions provider to get nearly $1.3bn in cash for funding its future growth plans 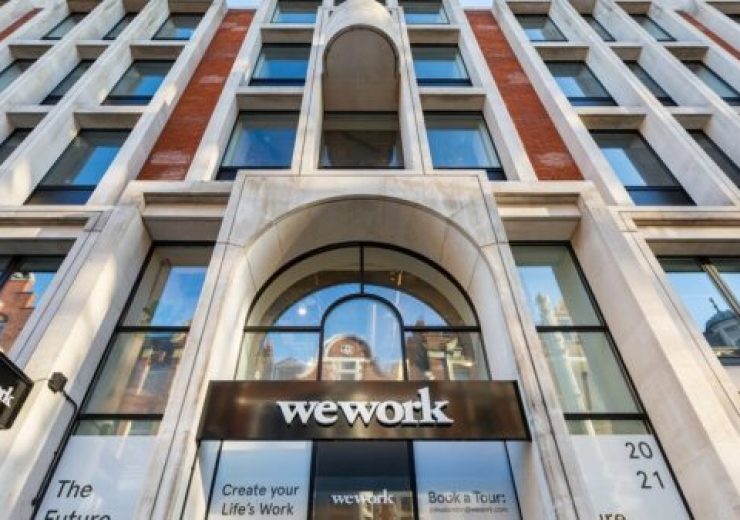 WeWork, a US-based office space and workspace solutions provider, will merge with blank cheque company BowX Acquisition, at an initial enterprise value of about $9bn.

Through the merger, WeWork will become a publicly listed company. It will gain cash of around $1.3bn for financing its future growth plans.

Established in 2010, the New York City-based company caters to tech start-ups and other firms with flexible shared workspaces.

Currently, WeWork has 851 locations spread over 152 cities globally to offer more than a million workstations. Enterprise firms make up over 50% of WeWork’s memberships.

According to the company, 10% of its members have month-to-month commitments, while over 50% have commitments lasting more than 12 months.

BowX Acquisition, on the other hand, is a special purpose acquisition company (SPAC) formed by the management of venture capital fund Bow Capital. It is currently listed on NASDAQ.

WeWork CEO Sandeep Mathrani said: “WeWork has spent the past year transforming the business and refocusing its core, while simultaneously managing and innovating through a historic downturn.

“As a result, WeWork has emerged as the global leader in flexible space with a value proposition that is stronger than ever.”

The merger will be financed by the SPAC’s $483m of cash in trust.

Additionally, it is supported by a private investment in public equity (PIPE) of $800m from investors such as Insight Partners, Fidelity Management & Research, funds managed by Starwood Capital Group, Centaurus Capital, and funds and accounts managed by BlackRock.

BowX Acquisition chairman and co-CEO Vivek Ranadivé said: “This company is primed to achieve profitability in the short-term, but the added long-term opportunity for growth and innovation is what made WeWork a perfect fit for BowX.

“With a fantastic core business, I see WeWork as a company at an inflection point, with an incredible roster of key members coupled with the vision and leadership to digitize an enormous industry.”

The transaction, which is subject to the SPAC’s shareholders’ approval, and other customary closing conditions, is likely to be finalised by the third quarter of this year.