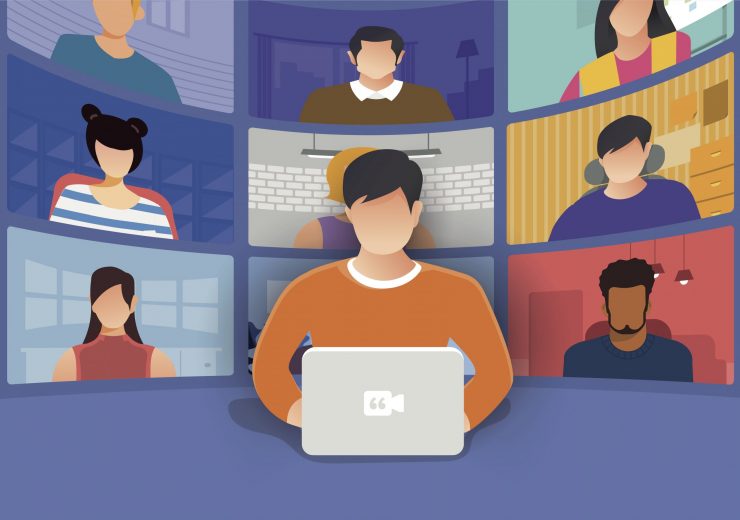 Web Summit hosted 100,000 attendees online on its own conference platform on 2–4 December 2020. The decision to hold Web Summit online in the interests of public health followed discussions with the Portuguese government and city of Lisbon. CEO magazine was in attendance at the event to review the world’s biggest tech extravaganza.

In the words of Inc., “Web Summit is the largest technology conference in the world.” According to Forbes, the Web Summit is “the best tech conference on the planet”, Bloomberg calls it “Davos for geeks”, Politico says it’s “the Olympics of tech”, and the Guardian refers to it as “Glastonbury for geeks”.

Whatever Web Summit is, it wouldn’t be possible without an incredible team of more than 240 employees based in Dublin, Lisbon, Toronto and Hong Kong, including world-class engineers, data scientists, designers, producers, marketers, salespeople and more.

They’ve disrupted an old industry by building incredible software and designing mind-blowing events, revolutionising how people and ideas come together to change the world.

It’s one of the world’s largest gatherings of entrepreneurs, investors, multinationals and thought leaders – over 120,000 people from more than 170 countries join Web Summit in Lisbon, Collision in Toronto, and RISE in Hong Kong every year.

Web Summit 2020 is the second event hosted on the platform, following the 30,000-attendee Collision from Home event in June 2020.

Following the move online, Web Summit CEO and founder Paddy Cosgrave says, “Lisbon is still Web Summit’s home, but with growing Covid-19 outbreaks across Europe, we have to think of what’s best for the people of Portugal and our attendees. The safest and most reasonable answer is to host Web Summit fully online in 2020. We look forward to welcoming attendees back to Lisbon in 2021.

“Business events alone are a $1.5tn industry, approximately 100-times the size of the music industry. The purpose for most of us going to these events is networking. The serendipity that happens at events is the allure and magnetism that draws people back,” says Cosgrave.

“We have been building software that enables connections at events for over half a decade so we could pivot quite naturally online. Our platform will hopefully enable people from all over the world to make the same meaningful and valuable connections that are somewhat similar to the real world.”

Web Summit also launched its 2030 sustainability strategy and its collaboration with Race to Zero – a global campaign led by the UNFCCC’s high-level climate champions for Chile and the UK, which assembles the largest ever alliance committed to achieving net-zero emissions.

This partnership will activate the global innovation community to develop solutions that will help deliver the vision of the Paris Climate Agreement as quickly as possible.

Progress to a net-zero future with Web Summit

As the cornerstone of the collaboration, Web Summit curated a group of start-ups pioneering game-changing solutions in many sectors, with the potential to expedite global progress towards a net-zero future.

As well as providing access to investor meetings and mentorship, Web Summit will bring start-ups into the Race to Zero community, connecting them with businesses, and city and state leaders, to help scale solutions to the world’s biggest climate challenges and deliver the changes needed to achieve carbon commitments.

Additionally, the collaboration will celebrate exemplary climate action by Race to Zero members, who are taking vital steps towards a healthier and more resilient zero-carbon future as economies seek to rebuild from Covid-19.

Web Summit 2020 is also teaming up with Make My Money Matter (MMMM), the newest project from Richard Curtis, co-founder of Comic Relief, Make Poverty History and Project Everyone. Web Summit will support MMMM by driving awareness of the project’s work.

The company will also support MMMM’s net-zero campaign, which aims to ensure all pension funds commit to net-zero targets, and so, use their enormous pension power to drive a new, green economy.

Web Summit will also be committing to net zero, and officially joining Race to Zero alongside other companies, including H&M and Rolls Royce.

In its commitment to driving sustainability, Web Summit is launching its 2030 sustainability strategy, using the UN’s 2030 Sustainable Development Goals as the backbone.

“We recognise that our unparalleled network of leaders, innovators and entrepreneurs around the world gives us an enormous opportunity to leverage their expertise and resources to drive positive change towards a better future; in this case, specifically towards a net-zero future,” says Peter Gilmer, chief impact officer at Web Summit.

“2020 is referred to as the ‘super year’ for the environment, marking the beginning of what needs to be a decade of unprecedented sustainability and climate action. We hope that, through strategic partnerships with Race to Zero and MMMM, Web Summit can maximise the potential that sits within our community, recapture some of the palpable momentum and action plans felt pre-pandemic, and really start to #buildbackbetter.”

“We are delighted to be collaborating with Web Summit on the Race to Zero campaign. Together, we can help to frame the new growth agenda, as societies rebuild after Covid-19,” says Nigel Topping, UK’s high-level climate action champion.

“In order to ensure our recovery is a green and resilient one, we need to put innovation at its core, driving job regeneration, advancing technologies and, in so doing, determining the contours of what the economy will look like over the next decade.”

Build a better world with MMMM

Pensions are powerful and people must use that power to build a better world, according to Topping. The £3tn in the UK pension pot is more than enough to take on the climate emergency, bring hundreds of new drugs to market, or help solve the housing crisis.

But from tobacco to fossil fuels, gambling to deforestation, pension funds have invested trillions on societies’ behalf without asking them the crucial question – do these investments create a world that they actually want to live in?

“A key step in this process is ensuring all pension funds commit to net-zero targets, and we’re delighted to be partnering with Web Summit on this critical campaign.”

Race to Zero is the largest alliance committed to achieving net-zero carbon emissions in the 2040s, covering more than half of GDP and 2.6 billion people.

The campaign has snowballed since launching on World Environment Day in June 2020, bringing on board more and more cities, businesses, investors, companies and public bodies who see how a zero-carbon recovery can simultaneously revive the economy, create millions of jobs, and advance public health and economic, social and racial justice.

Led by the high-level champions for climate action – Nigel Topping and Gonzalo Muñoz – Race to Zero mobilises actors outside of national governments to join the Climate Ambition Alliance, which was launched at the UNSG’s Climate Action Summit 2019 by the president of Chile, Sebastián Piñera.

MMMM is a people-powered campaign fighting for a world in which everyone knows where their money goes and in which they can demand that their money is invested to build a better future.

Starting with pensions, MMMM is going to make sure that people find out where their money’s going, and it’s going to help them demand it does better.

The campaign is going to connect this movement with the decision makers in the public and private sector. And, together, demand that the financial system transforms to put people and the planet on a par with profit.