As the integration of technology and sport continues at pace, ATP chair umpire Ali Nili gives advice on how VAR should be used within football 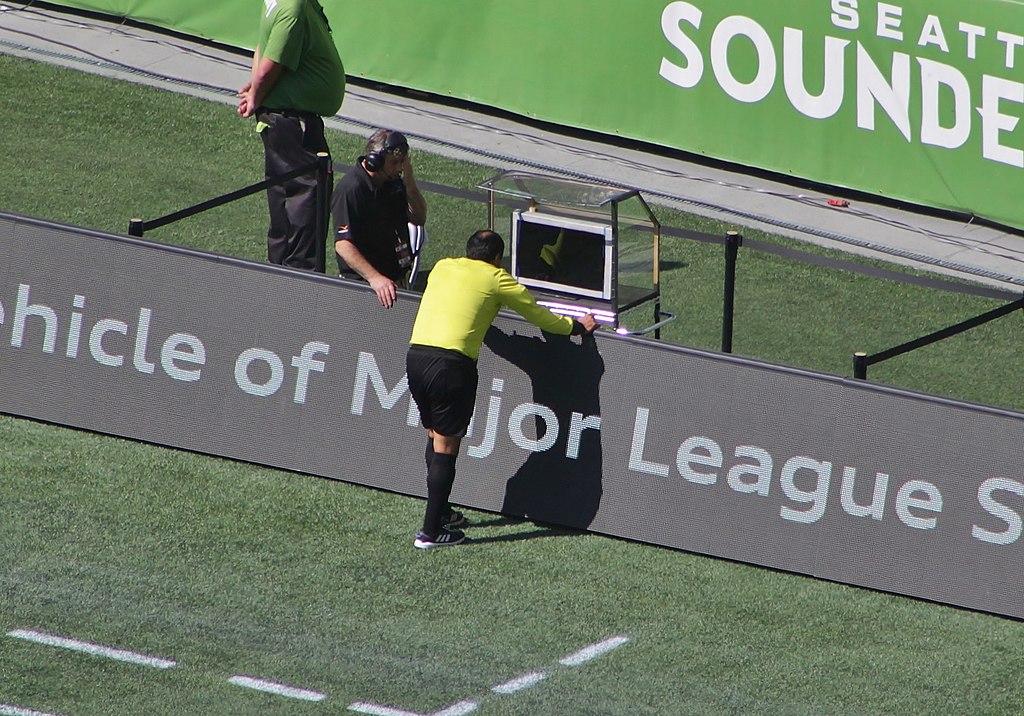 Although Hawk-Eye and VAR – the goal-line football review – are developed by the same company, the technologies have been received with contrasting views from fans of the two sports.

While Hawk-Eye has been welcomed by the tennis community, the introduction of VAR has been met with controversy within football — often causing more disputes than it solves.

The difference between how the two systems have been received, according to a leading tennis umpire, is down to the way they have been integrated into the sports.

“We always tested everything at the lower levels of the game before introducing it to tournaments and that way we saw the impact that it has in various scenarios before it was introduced more widely.

“We would never have started at the World Cup as they did with VAR.”

By gradually introducing Hawk-Eye to higher ranking tournaments, any glitches were able to be ironed out before it was used at a major event.

Although VAR was trialled in the Dutch Eredivisie and Australian A-League, the 2018 World Cup was the first tournament to use VAR in full.

Hawk-Eye – which uses a series of cameras positioned around the court to track the tennis ball and create a computer generated model of its path – was developed in 2001 and first used in cricket.

The technology was tested in tennis over a number of years before being introduced at the 2007 Australian open.

How Hawk-Eye changed the way tennis was umpired?

Another key difference between the integration of technology in football and tennis is the scoring structures in the two sports.

“Scoring a goal in a football match is a huge turning point in the game but, in a tennis match, a point is much easier to overcome,” Nili said.

“That’s why you don’t see that same level of outrage over a line call in tennis – unless it’s in the last stages of a match.”

Overall, Nili believes that technology has “helped umpires do their job better” and claims that he has used it to help him improve his own performance in the umpire’s chair.

“We’re always looking at the officiating stats, we regularly look at the number of overrules, the number of warnings and how long it takes each umpire to log a point,” he added.

“This data can then be reviewed to see if there are any patterns or ways that we can improve.

“It helps us to be more consistent as a group and handle certain situations in the same way.”

The ATP umpire claimed that when the technology was first introduced many line and chair umpires felt exposed.

He said: “A lot of line umpires retired in the first two years of Hawk-Eye being introduced, because it exposed a lot of people who had previously thought the players were complaining about bad calls for no reason.

“The tech highlights the people who do a good job, but it also depends on the person, and how open-minded they are, whether they use the data to their advantage.

“It also helps with accountability, because you can verify each of the calls that are made and every overrule.”

Although players often claim to know whether a ball has been hit beyond the court lines, the introduction of Hawk-Eye has shown that their calls are only correct 46% of the time.

US tennis star John McEnroe, who retired from singles tennis in 1994, was known for his confrontational approach towards umpires and his reaction to bad calls.

However, Nili believes that the accountability that the technology has created means officiating is now at “a completely different level” compared to McEnroe’s playing days.

He added: “If you take some of the players who are on court today and put them in the conditions that John McEnroe played under, they might have been just as outspoken as he was.”