US president Donald Trump has made an economic rival of China by announcing he will impose hefty trade tariffs, to which the Chinese have responded with duty increases of their own - sparking the prospect of a trade war that has now impacted on global stock markets 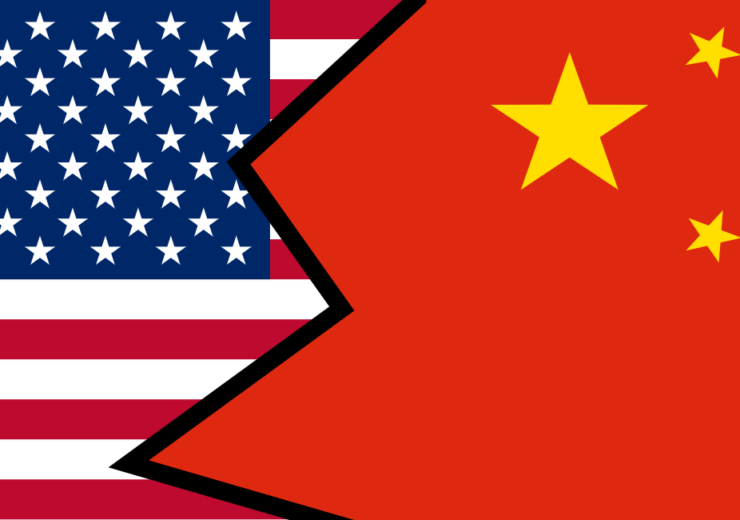 President Donald Trump’s direct and often controversial approach to governance has been typified by the potential trade war that could result from an escalating feud between his United States and China.

The world’s top two economies have been firing potshots at each other for the past three months and reached a peak as Trump announced last week he will hit 800 Chinese exports worth $50bn (£38bn) with 25% import tariffs – in response to a belief that the Asian superpower steals American firms’ intellectual property when they trade in the Chinese market.

The tax came in addition to duties on foreign steel and aluminium announced in March.

China retaliated by saying it would impose an additional 25% tariff on 659 US goods lso worth $50bn.

The deteriorating relationship between Washington DC and Beijing has already had a significant impact on the stock market, with a sharp fall in key stock markets around the world today (Monday 18 June).

Clearly, the markets don’t like the idea of a trade war between the world’s two biggest economies – but it’s starting to look like a very real prospect.

What is a trade war?

Countries routinely disagree over whatever they deem to be unfair trade practice in what are commonly known as trade disputes.

More often than not, these disagreements are caused by government-imposed subsidies on industries where a country uses the state to make the manufacturing of a particular product cheaper, and therefore give it an international advantage.

If two nations can’t settle such a dispute between them – and the World Trade Organisation (WTO) can’t do it for them – they might then take action by imposing tariffs, quota restrictions, or punitive border taxes.

This is where one country, unhappy with the trade practice of another, raises the cost of importing its rival’s product for its own businesses and consumers, thus making trade with said rival less attractive and shifting the market elsewhere.

It’s at this point most agree a trade dispute becomes a trade war.

A number of factors could determine the outcome of these wars but it typically comes down to who has more money and the extent to which a country needs the products of the nation it’s at war with.

Which is exactly what makes the potential trade war with the US and China so compelling – and worrying.

As the respective economic capitals of the West and East, the world has on its hands what would be non-jargonised as an unstoppable force meeting an immovable object.

On 3 April, Trump released a list of 1,300 Chinese exports worth a total of about $50bn (£37.64bn) – including everything from flat-screen TVs to medical equipment – that he reportedly plans to place a 25% tariff on.

The move was an unsubtle retaliation for China’s alleged regulation requiring US businesses to hand over their technology to Chinese companies before they are allowed to trade with them – or what Trump calls the theft of American intellectual property.

The next day the Chinese government responded in kind by compiling its own list of US exports on which it intends to impose its own 25% tariffs.

In an apparent display of subsequent one-upmanship, the day after Trump then charged his trade team with identifying tariffs on an additional $100bn (£75.28bn) worth of goods which are as yet unspecified.

And the following day, a spokesperson for China’s Ministry of Commerce said his country would take “comprehensive countermeasures” to combat Trump’s response.

In a meeting with the WTO last month, representatives from both nations expressed their divergent views on the matter.

US ambassador Dennis Shea said by making companies share their intellectual property – design and product ideas – with them, Chinese business is coercing the international marketplace that wishes to enter its rapidly-growing economy.

The Chinese ambassador Zhang Xiangchen responded by accusing the US of presuming his country’s guilt without evidence and flat-out denying the existence of any regulatory measures requiring the transfer of tech from foreign business.

Hostilities appeared to have eased in late May as US Treasury Secretary Steven Mnuchin said his country was “putting the trade war on hold” while it tried to “execute the framework” for a wider trade agreement.

But any hopes of avoiding a trade war were dashed following Friday’s (15 June) announcement by Trump, who did at least reduce the number of affected Chinese goods from 1,300 to 800.

What effect would a trade war have, if it happened?

Trade tariffs are double-edged swords by nature – if Trump placed his proposed impositions on Chinese exports he would be hurting US businesses and consumers almost as much as the intended target.

Trading with China saves American households up to $850 (£640) every year, which is pumped back into the US economy – new tariffs would directly detract from this financial boost.

This is not to mention the impact on US business, where manufacturers would have to spend more money to purchase things they need from China.

America’s would-be advantage, however, is its trade deficit with its rival – the amount by which its imports from China exceed its exports to China – which stands at $375bn (£282bn).

Theoretically, it means the US has a lot more to choose from when identifying targets on which to place tariffs.

To combat this, China chose its American imports to place tariffs on very carefully.

It is the single largest buyer of American soybean exports, which are primarily produced in Ohio, Iowa, Missouri, and Indiana – critical states for Trump where economic instability caused by a decrease in soybean exportation could translate into political insecurity for the 71-year-old.

Globally, virtually every country would feel the effects of this potential trade war, too, since both American and Chinese goods are sold worldwide.

And if the tariffs were to go ahead, the next step for the US and China would be to restrict investment, which would affect global businesses like Amazon and Apple, which invest in both countries.