US Open 2018 sponsors: Companies serving up the tennis tournament

Being a historic tennis tournament with a global viewership, the US Open Tennis Championships is a prime opportunity for some of the world's biggest brands to expand their profile 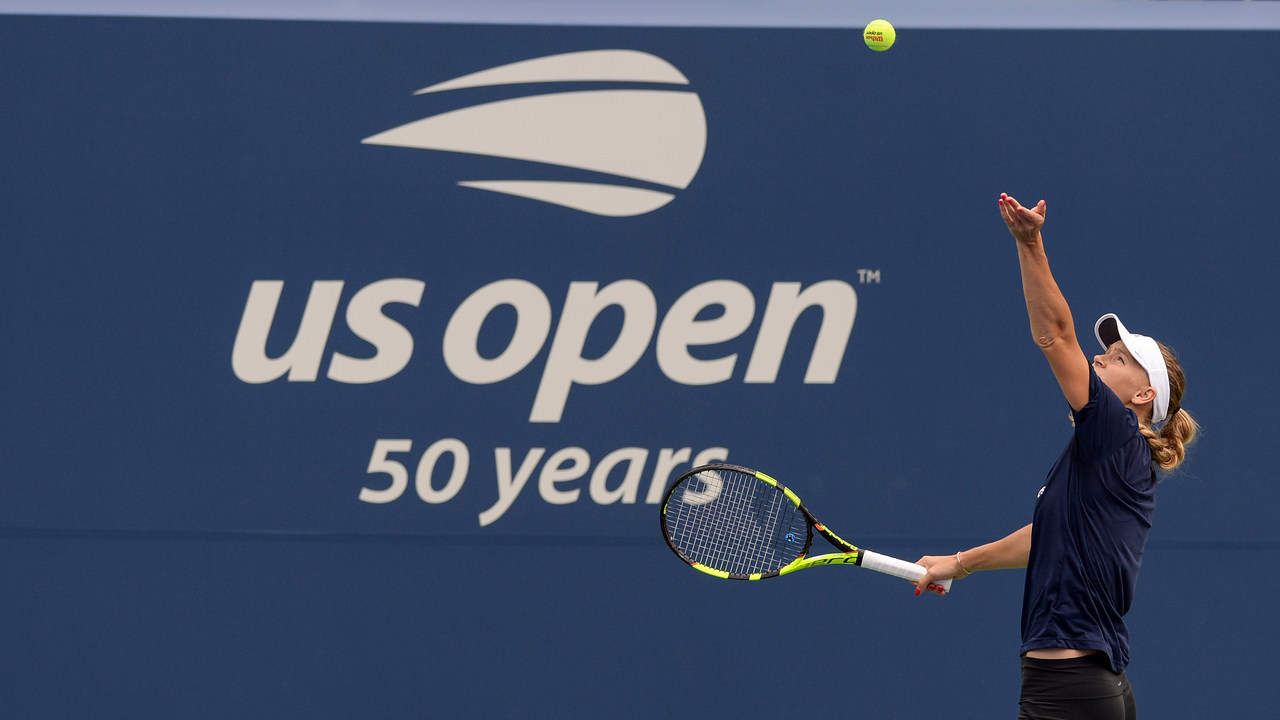 Caroline Wozniacki practising at the 2018 US Open, held at the USTA Billie Jean King National Tennis Center in the Flushing neighborhood of the Queens borough of New York. (Credit: Ashley Marshall/USOpen.org)

With last year’s men’s final alone attracting 1.5 million viewers, the US Open 2018 sponsors will be hoping the New York tennis tournament proves just as golden an opportunity to represent their brands this year.

Expectations will be high as the combined star power of fan favourites like Roger Federer, Serena Williams, Rafael Nadal brings in the crowds and their on-court battles keep them in their seats.

Seeking to capitalise on the public’s momentarily undivided attention from the 27 August to 10 September will be a number of global companies ranging from watch manufacturers to high-end fashion brands.

Here is the list of businesses set to sponsor the US Open Tennis Championships 2018.

The US Open is just one of many sponsorship deals Rolex is engaged with, which it carries out alongside multiple philanthropic initiatives aimed at supporting sports, as well as the arts and natural environments.

A subsidiary of Emirates Group, the Emirates airline was founded in 1985 and has almost 65,000 employees worldwide.

As the official airline of the tennis tournament, it will provide flights from 160 destinations to New York for the duration of the tournament, along with live, in-flight coverage of all the matches.

JP Morgan is an American multinational investment bank founded in late 2000 after a merger between major banks including Chase Manhattan Bank.

It has been a sponsor of the US Open since 1982 and states hard work, excellence and competitive spirits as the attributes of the tournament’s players which it supports.

Also a partner of the USTA (US Tennis Association) Foundation, the company is planning to donate $100,000 (£77,840) to support the ongoing development of junior players as well as educational institutions in disadvantaged communities.

Deloitte Touche Tohmatsu Limited, commonly referred to as Deloitte, was founded 173 years ago by William Welch Deloitte and has upwards of 260,000 employees.

The company also supports the USTA by conducting programmes which celebrate well-being and innovation both in the tennis community and the world at large.

American Express, colloquially known as Amex, was founded in 1850 and last year ranked 23rd in Forbes’ list of the most valuable brands in the world with an estimated worth of $24bn (£18.7bn).

As part of its sponsorship of the US Open 2018, it will be implementing multiple features for fans, including the ability to enroll your American Express card in order to get $20 (£15.60) back if you spend more than $100 (£77.80) on one more transactions at the tournament.

It will also let tournament-goers download a US Open app which highlights all of the benefits card holders have access to along with a map of the grounds at Flushing Meadows.

IBM is a multinational technology company based in New York and founded in 1911 by Charles Ranlett Flint.

Also a partner of The Championships at Wimbledon, the third grand slam of the year, it has been the official information technology provider to the US open for more than 25 years.

In collaboration with the USTA, the company designs and facilitates the digital platforms for the tournament including its website and official app delivered by the IBM Cloud.

A subsidiary of Ralph Lauren Corporation, Polo Ralph Lauren is a manufacturer and designer of mid to high-end fashion products, having been founded in 1967 by its eponymous CEO.

As the official outfitter of the US Open, the company says its association with the tournament is one of the most significant sports marketing partnership in its 50-year history.

To celebrate, it has designed and supplied an official Polo shirt to be worn by ballpersons, line judges and chair umpires for the duration of the tournament.

The companies three-pointed star logo is a prominent feature at the US Open – look closely and you’ll see it adorning the courts and nets of the tournament as the matches take place.

As the official vehicle provider of the tournament, it provides a fleet of luxury vehicles for transporting players and various special guests over the course of the two weeks.