New sponsors for the US Open 2019 include the Bermuda Department of Tourism, InterContinental Hotels Group and Kim Crawford Wines 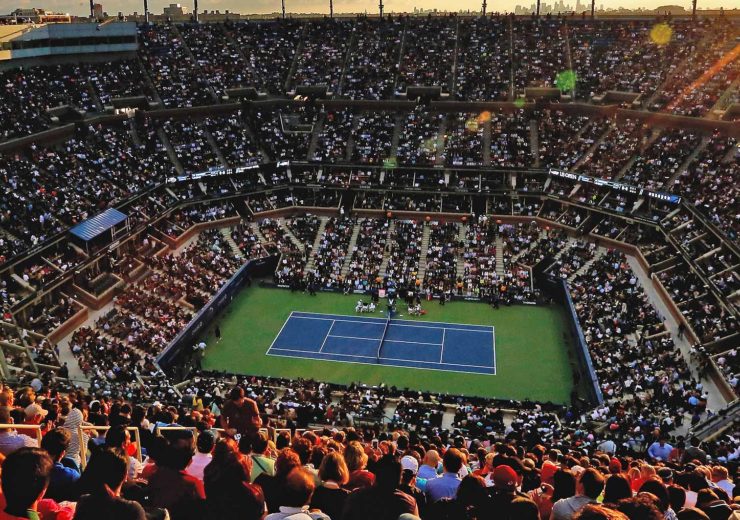 The US Open brings in an estimated $42.5m from sponsorship each year (Credit: ATP Tour)

Novak Djokovic and Naomi Osaka are bidding to retain their US Open titles once it gets underway next week – while sponsors will hope to play a key role in the 2019 tennis tournament as it’s broadcast across the world.

Companies including American Express, Porsche and Rolex are among 15 commercial backers of the year’s final grand slam, which is held from 26 August to 9 September at Flushing Meadows in New York City.

Alongside last year’s winners, the usual star players will be out in force for the 139th edition – including Roger Federer, Rafael Nadal and Serena Williams.

Television figures for last year’s competition made largely positive reading for its partners, with the average American audience of 1.27 million viewers on ESPN up 20% on 2017 – making it the most viewed US Open since 2011 – despite criticism of the Amazon Prime coverage in other countries.

Despite being arguably the most prestigious tennis tournament outside Wimbledon, the US Open brings in the least amount of money of the four grand slams.

Conrad Wiacek, head of sponsorship at sports intelligence agency Sportcal, says: “Unlike the All England Club, the United States Tennis Association (USTA) does not play on tradition when developing partner relationships.

“The commercial strategy for the US Open seems to focus on “best in class” partners as opposed to maintaining long-term partnerships with traditional partners.

“While the likes of Rolex, Evian and IBM are synonymous with tennis due to long established partnerships across the sport, brands such as Emirates do not have those connections.

“While the US Open has partnered with market-leading partners such as United and Moet in the past, the deals with Emirates and New Zealand drinks brand Kim Crawford shows that the fourth grand slam of the year is an ideal platform for brands looking to establish a presence in the US market.

“With its New York location and position as the final Grand Slam tennis event of the tennis year, the US Open presents brands with a significant opportunity to reach consumers in the one of the world’s largest markets.

“While the lack of American talent in the men’s side of the draw could impact on viewers, the rise of Madison Keys and Sloane Stephens in the women’s draw, alongside perennial favourite Serena Williams, means that US viewers will have plenty of reasons to tune in and cheer on their own – which in turn will help brands to maximise their investment.”

Here we profile some of the main US Open 2019 sponsors.

American Express, colloquially known as Amex, was founded in 1850 and last year ranked 27th in Forbes’ list of the most valuable brands in the world with an estimated worth of $26bn.

As part of its sponsorship of the US Open 2018, it offered customers pre-sale tickets for this year’s competition.

It has also implemented multiple features for fans, including the ability to get $20 back in statement credit when card holders use their Amex to spend $100 on-site.

It will also let tournament-goers download a US Open app which highlights all of the benefits card holders have access to along with a map of the grounds at Flushing Meadows.

American Express, which also sponsors Wimbledon, has a partnership with the US Open that runs from 2016 to 2020 and is worth an estimated $10m a year – more than any other deal at the tournament.

A subsidiary of Emirates Group, the Emirates airline was founded in 1985 and has almost 65,000 employees worldwide.

As the official airline of the tennis tournament in a $2m-a-year deal, it will provide flights from 160 destinations to New York for the duration of the tournament, along with live, in-flight coverage of all the matches.

IBM is a multinational technology company based in New York and founded in 1911 by Charles Ranlett Flint.

Also a partner of Wimbledon, where it uses artificial intelligence to help broadcasters improve highlights reels, it has been the official information technology provider to the US open for more than 25 years.

In collaboration with the USTA, the company designs and facilitates the digital platforms for the tournament, including its website and official app delivered by the IBM Cloud.

IBM last renewed its sponsorship deal in 2017 and the four-year agreement is worth $2m per year.

Global automaker Mercedes-Benz was founded in 1926 by Karl Benz Gottlieb Daimler and is headquartered in Stuttgart, Germany.

The company’s three-pointed star logo is a prominent feature at the US Open – look closely and you’ll see it adorning the courts and nets of the tournament as the matches take place.

As the official vehicle provider of the tournament, it provides a fleet of luxury vehicles for transporting players and various special guests over the course of the two weeks.

Mercedes-Benz is the second biggest backer of the US Open behind American Express, spending $9m per year on a deal that runs until 2020 – with a renewal potentially in the offing.

The US Open is just one of many sponsorship deals Rolex is engaged with, which it carries out alongside multiple philanthropic initiatives aimed at supporting sports, as well as the arts and natural environments.

The company became a new partner last year and spends $2.5m a year on its sponsorship of the tournament. It is due to run until 2020 but could be extended beyond that date.

Other sponsors of the US Open 2019

The North Atlantic island’s tourism office is a new sponsor for 2019, having signed a $500,000 agreement with the USTA.

Water brand Evian holds a long-standing partnership with tennis as a partner of Wimbledon and stars including Maria Sharapova at one time.

No stranger to major competitions as one of the main sponsors of the UEFA Champions League football competition, beer giant Heineken spends $4m per year on backing the US Open.

The British multinational hospitality company has more than 840,000 guest rooms and 5,600 hotels across almost 100 countries.

It will be hoping the $3m it spends each year on the tennis tournament – a new deal for 2019 that runs until at least 2024 – will help it grow brand recognition.

Its two-year deal, which could be extended, is worth $1m annually.

The American newspaper, founded in 1851 and with 127 Pulitzer Prizes under its belt, renewed its sponsorship deal with its hometown tournament in 2016 until 2020, costing $1m per year.

Luxury car maker Porsche renewed its title sponsorship for the US Open this year. It runs until 2020, with an extension clause included, at an annual cost of $5m.

New York luxury jewellery retailer Tiffany & Co is an official supplier, having renewed its latest four-year deal, worth $1m each year, in 2016.

Arguably the sports equipment manufacturer most associated with tennis – players including Federer and Juan Martin Del Potro use its racquets – Wilson is an official supplier of the US Open.