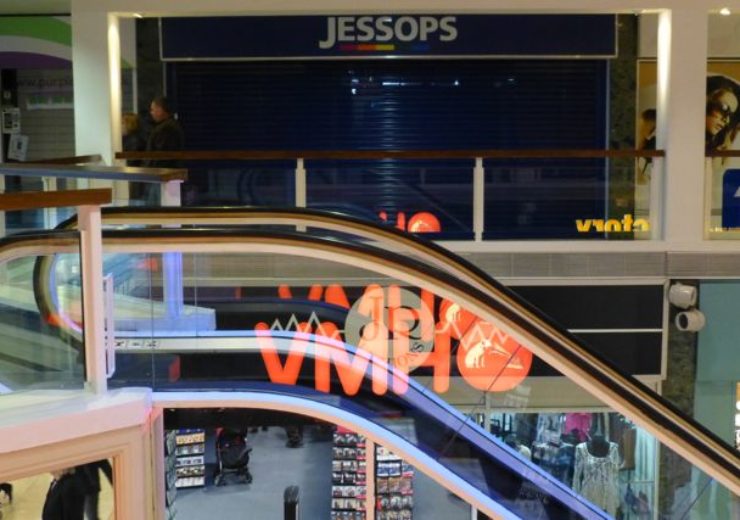 The UK Insolvency Service has had its work cut out during the first half of 2019, with numerous companies filing for administration.

Here we look at the process and the big name UK companies that have filed for it this year.

How does a company going into administration work?

Firms that find themselves in financial difficulties will either be forced to hand over control to an administrator — or actively opt for this solution through a company voluntary arrangement (CVA).

Its assets will then be sold off in order to repay any creditors, while the business attempts to mount a recovery and avoid liquidation.

In the first quarter of 2019, the Insolvency Service, the government agency that overlooks company administrations and liquidations, recorded 451 such incidences — up 21.8% from the final three months of 2018.

“I feel a bit left out at the moment because I haven’t got one.”

The decline of the British high street is often cited as one of the main reasons for the increase in administrations, as traditional brick-and-mortar stores find it increasingly difficult to compete with online retailers.

Uncertainties over Brexit are another factor contributing to the difficult trading climate in the UK.

Business leaders say they have been left “unaware and clueless”, while others have made the decision to leave the UK.

Toys ‘R’ Us, House of Fraser and HMV were some of the main casualties to be impacted in 2018, and this trend has only continued in 2019.

UK companies to enter administration in 2019

Mothercare has become the latest high street retailer to go into administration, with plans to close 79 stores across the UK putting 2,500 jobs at risk.

The retailer — which specialises in products for parents — issued a CVA last year, closed 55 shops and sold off its Early Learning Centre brand to toy store chain Entertainer as part of a restructure.

Mothercare has failed to make a profit for about a decade and will now have 10 days to find a suitable buyer following its decision to appoint an administrator.

It said: “These notices of intent to appoint administrators in respect of Mothercare UK and MBS are a necessary step in the restructuring and refinancing of the Group.

“Plans are well advanced and being finalised for execution imminently. A further announcement will be made in due course.”

Sofie Willmott, Lead Retail Analyst at GlobalData, added: “Mothercare’s fall into administration comes as no surprise following its CVA in 2018, profit warning in July this year and its prolonged poor UK performance.

“The retailer has failed to stand out as a specialist destination with new parents turning to competitors that offer a better proposition either in terms of low prices, convenience or service, such as Amazon and John Lewis.

“Its strategy to cull store numbers in recent years and transfer sales online has proved unsuccessful, with digital sales declining as its online offer failed to encourage purchases.”

The company — which is best known for building the “Boris Bus” — had sought a new owner after struggling with cash-flow problems, but failed to do so.

As a result, Wrightbus, the last UK-owned bus manufacturer and one of the biggest employers in Northern Ireland, entered administration on 25 September.

It is expected that 1,200 workers will be made redundant, with only 50 jobs retained at the firm.

The Wright family, who have owned the company since 1946, claimed that “global changes from diesel to electric in bus technology have caused a sharp decline in demand for buses in the UK” and were major factors that contributed to the company’s losses.

The fortunes of 178-year-old package holiday company Thomas Cook took a nosedive as it went into compulsory liquidation in the early hours of 23 September.

About 22,000 employees now find their jobs at risk, while 600,000 holiday-makers have had their travel plans disrupted as the company cancelled all bookings.

The move left more than 150,000 British citizens abandoned abroad as their return flights were scrapped and led the UK government and CAA to launch “the UK’s largest ever peacetime repatriation”.

However, the deal left a £200m ($249m) gap in Thomas Cook’s finances, which had been struggling with increased competition in the travel market.

The Italian restaurant chain, headed up by celebrity chef Jamie Oliver, followed his steakhouse Barbecoa by entering administration on 21 May.

Oliver claimed he was “devastated” with 22 of his 25 Italian restaurants closing, alongside the Fifteen and Barbecoa restaurants that were also owned by the Jamie Oliver Restaurant Group.

The three remaining outlets are all located at Gatwick Airport and are scheduled to remain open while administrator KPMG finds a buyer.

It has been reported that 1,000 jobs will be lost.

Despite Oliver pumping £4m of his own funds into the business, he could not stem the £29.2m losses that Jamie’s Italian suffered and struggled to find a buyer before eventually resorting to filing for administration.

League One football club Bolton Wanderers FC were plagued with financial difficulties during the 2018/19 season, which saw them relegated from the Championship.

Previous owner Ken Anderson, who owned a 94.5% stake in the club, had been actively looking to sell.

HM Revenue and Customs also stepped in and issued a winding-up petition in order to repay £1.2m in unpaid tax bills and debts.

However, the club repeatedly managed to avoid the winding-up order as they claimed to have found a suitable owner.

After former Watford FC chairman Laurence Bassini dropped out of the proposed buyout, administrators were called in on 13 May to take over the Lancashire club.

The financial debacle has also had implications on the field as the first team refused to play their scheduled fixture against Brentford in response to the club’s failure to pay wages.

Bolton started the 2019/20 season on minus 12 points because of the administration.

On 29 August 2019, a takeover bid from a Football Ventures was accepted by the English Football League.

Administrator Paul Appleton described the process as “one of the most complicated administrations I have been involved with”.

Department store Debenhams fell into administration in April after it turned down a £200m rescue bid from Sports Direct owner Mike Ashley.

Despite going into administration, all 166 stores have remained open and continue to trade while lenders seek a buyer.

Some 22 stores have now been earmarked for closure in 2020, with 1,200 members of staff set to lose their jobs.

It is one of several British department stores that have struggled to post profits, including House of Fraser, which went into administration the previous year.

However, a possible turnaround remains on the cards after it was taken over by Celine, a consortium of lenders during the administration process.

The consortium intended to sell it on quickly but, after a marketing process, said no acceptable offers were made.

Debenhams’ creditors have instead backed a plan to renegotiate rents and further store closures in order to keep the business alive.

It was hit particularly hard by the House of Fraser administration, where the fashion brand held several concessions and was owed £500,000 by the department store chain.

Pretty Green was founded in 2009 and had 12 standalone stores, 40 concessions and a wholesale business at the time administrator Moorfields took over.

Despite a 32% increase in sales last year and a reduction in the company’s pre-tax losses from £5.6m to £1.5m, Pretty Green was unable to turn a profit.

The deal retained the flagship Manchester store and e-commerce site and saved 67 jobs.

However, 97 employees were affected as the remaining 11 Pretty Green shops and 33 House of Fraser concessions were closed.

French-style cafe and bakery chain Patisserie Valerie went into administration at the start of the year.

Administrator KPMG moved quickly to close 70 outlets, impacting as many as 900 jobs.

The remaining 121 cafes were retained in the hope of finding a buyer.

The main cause of Patisserie Valerie’s collapse was a £40m black hole hidden in the company’s accounts.

A report by PWC claimed simple techniques were being used to “fake the numbers”, prompting an investigation by the Serious Fraud Office over alleged fraud.

KPMG confirmed that a separate bid from retail and wholesale specialist AF Blackmore saved a further 21 cafes from closure.