Thomasina Miers, the MasterChef winner and founder of Mexican street food chain Wahaca, explains how her passion led her to starting her own restaurant business 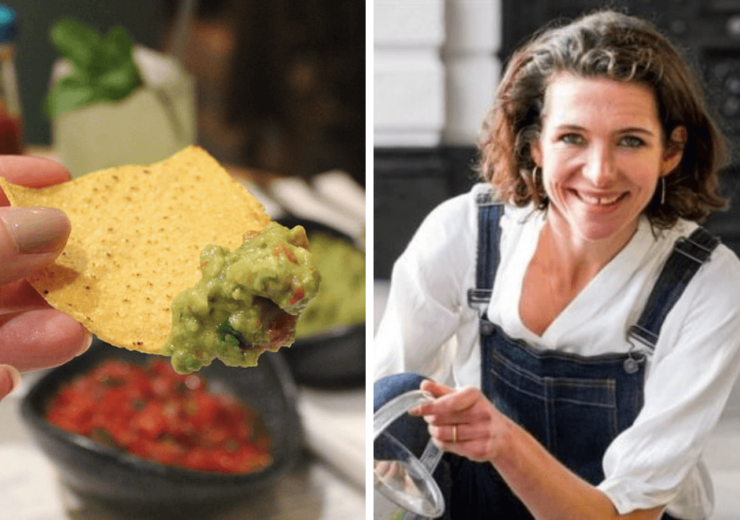 From an early age, Thomasina Miers believed that being a successful businesswoman meant giving up her dreams – but the founder of Mexican restaurant chain Wahaca argues that passion is crucial to making any business start-up a success.

She says: “I went to a school that was quite academic and cooking wasn’t considered as cool and exciting as it is now.

“It never occurred to me that it was a viable business idea.”

How Thomasina Miers started Wahaca: Falling in love with tacos and tequila

Her interest in Mexican food was first sparked by a trip to the cuisine’s home country where Thomasina says she spent a lot of time “drinking tequila and eating everything I could”.

Speaking at QuickBooks Connect, an event held this week by accountancy software provider Intuit, she adds: “I just remember eating at all these street food stalls and thinking ‘this food is insane’.

“At the time, I thought Tex-Mex was Mexican food, I never realised it was so good.”

Thomasina recalls going on “taco crawls” with her friends, trying to find the best taco bar in Mexico City and discovering new variations of each dish as she travelled the length of the country.

On her return to London, she was surprised to find there were few places offering her new favourite cuisine.

She says: “I thought ‘that’s weird. London has everything, it’s meant to be a melting pot of cultures, how come there’s no Mexican?’”

But although the gap in the market was identified early on, it wasn’t until a chance encounter with barrister-turned-celebrity chef Clarissa Dickson Wright.

“I met Clarissa Dickson Wright at a catwalk show and we chatted backstage.

“At 21, she was the youngest woman to ever make the bar, so she was a very bright woman who gave up law for a career in food.

“In my head, this didn’t make very much sense but she slapped me around and made me break down those myths.

“She said, ‘if you love food so much, then why aren’t you working in it?’

“When she said it, it made so much sense. But up until then, I’d been influenced by the school heritage and my father’s influence as he wanted me to be an accountant.

“Trying to find your career is often about breaking away from those shackles.”

Thomasina Miers on pursuing her passion and launching Wahaca

Like many people, Thomasina has experience of working in a job she had no passion for.

She recalls: “I remember working in Soho at the height of the dot-com boom as a digital strategist and I was really bored.

“I kept thinking ‘why?’ and it was because marketing wasn’t something that I was active in – I like to be doing stuff.

“Although online was an area that everyone else was excited about, it wasn’t for me.”

Thomasina describes her brief encounter with Mrs Dixon Wright as being “life-changing” and had the effect of “someone waving a magic wand over me”.

After entering and winning the BBC cookery programme MasterChef in 2005, and returning to Mexico for a second time, Thomasina decided the time was right to launch her own restaurant.

“There were definitely moments where I thought I was insane to ever think I could do it but behind me was this drive and belief,” she says.

“Hindsight could actually be a bad thing in a lot of start-up scenarios because you’d never go into these things if you knew how much work would be involved.

“But because you’re young and foolish the passion takes you through.”

Thomasina claims that when she started, there was little competition in the market and that “food on the high street wasn’t that great”.

Since the opening of the first Wahaca restaurant in London’s West End in 2007, the restaurant chain now boats 27 branches across the UK.

Thomasina adds: “Now high street restaurant food in the UK is amazing and it pushes you to be better.

“We were the first to put street food in a restaurant scenario, we were the first to introduce a pay app for your phone – we like being ahead of the curve and we don’t want to get to the stage where you can’t be nimble and agile.

“You should be excited by what’s going on out there because it’s the whole joy of being an entrepreneur.”