TheVeganKind expands after backing from 700 vegans in crowd-funding campaign 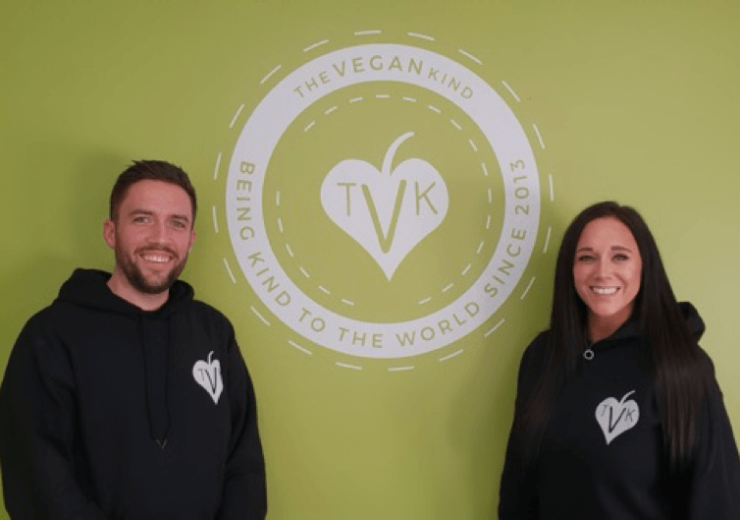 Online specialist food retailer TheVeganKind is reaping the benefits of the vegan trend after raising £65,000 in a crowdfunding campaign.

More than 700 people supported the project and the company has used the money to relocate to a new base in Maryhill, Glasgow.

The new facility has 12,000 sq ft of storage space – more than four-times the size of its previous warehouse – and will allow it to stock up to 15,000 animal-free products.

“We want to create the biggest and best 100% vegan online supermarket than the UK has ever seen so you will know that if it’s vegan, you can get it from TheVeganKind.”

TheVeganKind launched from Karris and Scott McCulloch’s living room table in 2013 after the husband and wife team struggled to find easily accessible vegan options on the high street.

They felt a monthly subscription box delivery model would make the transition to veganism much easier.

Since then, it has amassed more than 250,000 combined social media followers, and shipped around 15,000 subscription box and supermarket orders in December alone.

The company was initially based in a 1,000 sq ft warehouse but moved less than two years later to a 3,000 sq ft space.

But as the 15-strong team were packing about 10,000 orders each month, Mr and Mrs McCulloch realised they needed a larger home for their business again.

The £65,473 crowd-funding investment was raised from 710 supporters in 28 days, with corporate pledgers including Violife, Vego Chocolate and Follow Your Heart.

Mr McCulloch said he was “humbled” by the response, adding: “We will always be seeking investment and re-investing our own profits to ensure we keep growing, but seeing hundreds of amazing people rallying together to help us reach our target has been incredible and will ensure that our growth plans get off to a flying start.”

Food and grocery research organisation IGD estimates the total value of the UK food market to be £190.3bn.

With more than 3.5 million vegans in the UK, they make up a sizeable portion of the market.

The uptake of veganism is continuing to grow, with Veganuary – a month-long challenge encouraging people to go vegan – receiving 225,000 sign-ups at the start of this month.

The food industry has reacted with many restaurants, such as Zizzi, Bill’s and Gourmet Burger Kitchen, offering vegan alternatives and supermarkets offering meat and dairy-free alternatives.

Mr McCulloch added: “The internet and social media have been key in helping to expand people’s understanding of what’s going on in the meat and dairy industry, which is why veganism is becoming an increasingly popular lifestyle choice.

“The steep growth of TheVeganKind Supermarket is testament to that.

“Veganism is about choosing a lifestyle that avoids unnecessary cruelty and harm – no one inherently wants cruelty on their conscience.”