The Apprentice previous contestants: Where are they now?

As Lord Alan Sugar begins wagging his finger at eager contestants and shouting the catchphrase “you’re fired”, Sam Forsdick looks at some of previous contestants from The Apprentice and how well their businesses have fared since appearing on the BBC One show 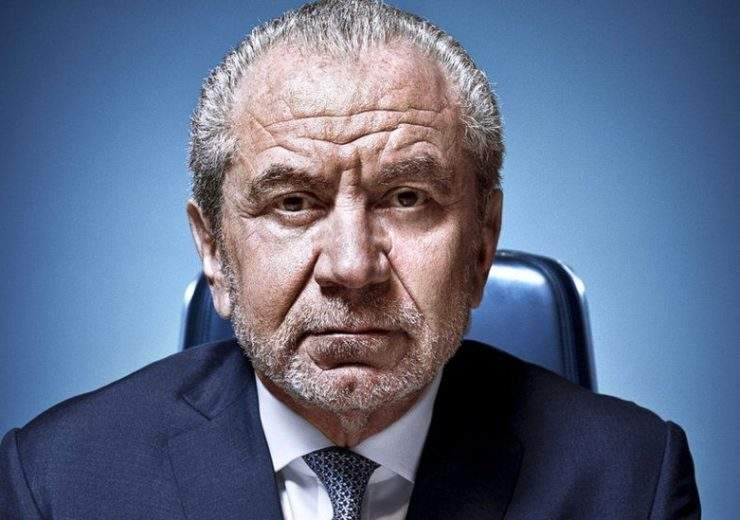 Lord Sugar is the boss on The Apprentice (BBC)

Although many brashly bragged of their business acumen before appearing on the show not all of The Apprentice previous contestants are able to prove it.

Over the 13 series, many of the entrepreneurial hopefuls fired by Lord Sugar have attempted to build their own businesses or capitalise on the fame brought by the BBC One show – but few have made a success out of their post-Apprentice life.

Here are some of the successes and failures – and some well-known names who many people might have forgotten made their first steps into public life on the programme.

Raj Dhonota came onto the first series of The Apprentice as a single-minded businessmen who was quoted as saying he had no hobbies apart from business.

He made it through to the ninth week, where he was fired for his poor sales record on the show.

Since then, he has been involved in several business ventures.

His next project was Ignivia Solutions, a software development company that reportedly has a turnover of £2m a year.

He has continued to invest in new start-ups and launched a £1m fund for new businesses in 2014 with the money raised from Ignivia.

In 2016, he sent out a press release stating he was looking for a “homeless-preneur” and was willing to invest £150,000 in a homeless person’s business idea.

Unfortunately he never found a “homeless-preneur” as he failed to include any details of how to apply for the funding.

Ruth Badger, nicknamed “The Badger”, was runner-up of the second series in 2006.

She was a popular candidate but despite boldly claiming “I’m The Apprentice – end of”, she was fired by Lord Sugar.

The media were quick to capitalise on her popularity and she was given her own TV show following The Apprentice called Badger or Bust, in which she tried to help failing businesses.

In 2006, Ruth set up her own consultancy company, Ruth Badger Consultancy, which specialises in helping SME’s and start-ups.

To date it has helped 350 small businesses launch.

Katie Hopkins appeared on TV screens in season three of The Apprentice, where viewers were first given a glimpse of the controversial character.

She was accused of using the show as a platform to find fame and was the first contestant to quit the show, opting to look after her children rather than appear in the final.

She is one of the former contestants who truly capitalised on their fame following the show.

Katie was renowned for her Daily Mail newspaper columns and presented a radio show on LBC.

She was, however, dropped after calling for a “final solution” on air following the terror attack on the Manchester Arena in May 2017 and has recently applied for an insolvency agreement in order to avoid bankruptcy.

Lord Sugar recently said of Hopkins: “She’s got to solve this and then move on.

“There’s no advice I can give her because she made her own problems, I think. I hope she’s learned from it.”

The confident and self-assured candidate was fired after the ninth task in the series.

He was well known for his posh mannerisms and was quoted as saying “the spoken word is my tool”.

Like many other Apprentice candidates Raef made a string of TV appearances, including on 8 out of 10 Cats and Celebrity Coach Trip.

In 2014, he founded Zephyr:Media PR, based in Mayfair, London and remains CEO.

Appearing in series five of The Apprentice, Paula Jones was described as a “self-confessed scatter brain”.

She was eventually fired after her team made a £493.97 loss in a cosmetics product task.

Since appearing on the show, Paula set up two separate businesses – one in HR and another based on her passion for interior design.

Paula’s online bespoke decorating company, A Few of My Favourite Things, launched in 2009 but the website is now defunct.

Her HR company Chameleon Management didn’t fare much better and was dissolved through a voluntary strike-off in 2013.

Although Jamie Lester made it through to the interview stage of the sixth series, he was unable to impress Alan Sugar’s aides – despite telling Margaret Mountford he had a “third nipple”.

In one memorable moment, during one of the challenges he informed people on a ghost tour of London that the River Thames was the capital’s second largest river.

He is now group marketing director for Aitch Group, a property development company based in East London.

In 2015, he claimed to have sold £184m worth of property and collected £145m on behalf of his landlord clients.

Despite her impressive run of victories she was fired during the final round.

Now known as Helen Milligan-Smith, she became head of retail for bakery giant Greggs after the show from 2011 until 2014.

Helen then moved to catering supplier Brakes Group, working as divisional director for corporate and then growth director.

According to her LinkedIn profile, she left in August this year and is now a company director at HMS Consulting – although no information is provided about what the business does.

Tom Gearing was a finalist on the eighth series of The Apprentice but was pipped at the post by winner Ricky Martin.

On the company website, Tom claims he “upstaged the esteemed wine professionals at [high-end auction house] Christie’s at the age of 13”.

Jason Leech appeared on series nine of The Apprentice and became a surprising favourite to win, despite claiming to have never been “formally employed”.

The then-29-year-old listed his hobbies as gardening, croquet and a passion for knowledge.

Jason is now a director at Camberwell and Metropolitan, an architecture and planning practice.

He also stood as a Liberal Democrats candidate in Camberwell Green during the Southwark Council election in May this year.

The London-based lawyer was fired from The Apprentice after being accused of “standing back” by Lord Sugar.

She described herself as “passionate, enthusiastic and intelligent” – but it was not enough to see her get hired by the boss.

Lauren went on to find success with the launch of her Link App, which allows lawyers to directly connect with clients and upload the latest documents and information on any developing cases.

Some £490,000 was raised in funding for the app and Sir Nigel Knowles, former global co-chairman of law firm DLA Piper, was one of the early investors. He is now chairman the company.

The app made the shortlist for KPMG’s “best British mobile start-up” award earlier this year.

Brett claimed he had no weaknesses when entering the show but he was found out in the quarter-final of the 11th series.

The former Royal Navy engineer returned to Plymouth after exiting the show, where he set up his own construction firm – ProBuild South West, which offers services such as plumbing, heating and general maintenance.

On the company’s website, it says Lord Sugar’s comment that Brett was an “honourable man” was important because it “helped to launch the company to new levels of success”.

He was also invited to officially open the Atrium Studio School in Plymouth in 2016.

Headteacher Matt Messias said he chose Brett to open the school because “he felt he had an important message for his pupils and that they could relate to him”.

Although she made it to the final three, her business proposal to expand her clothing shops across the UK didn’t impress Lord Sugar quite enough to take her under his wing.

Despite not having the endorsement of Lord Sugar, Fran has been able to expand her Pud children’s clothing business, an outlet store selling designer fashion.

Her third shop opened in Mansfield’s Four Seasons Shopping Centre in September this year, adding to branches in Doncaster and Newark-on-Trent.

She has rapidly grown her customer base through a savvy social media presence in which she records videos demonstrating life as a retailer, while she keeps busy staff happy by taking them on holiday.

Elizabeth McKenna was described as the “bonkers florist” but still managed to come a respectable fourth place on last year’s show.

Elizabeth has carried on with her Nottinghamshire flower shop Flowers by Susan – named after the woman she bought the company from – and also is available as a motivational speaker.

She is also looking to expand the business idea she brought into action last October despite being turned down by Lord Sugar.

Named Lizzie’s Bundles, it is a corporate gifting website that supplies companies with flowers to send to key clients and customers.