Some of the most exciting businesses the UK has to offer can be found in its start-up community - now, the country's fastest-growing young companies have been ranked in the Startups 100 2018 list 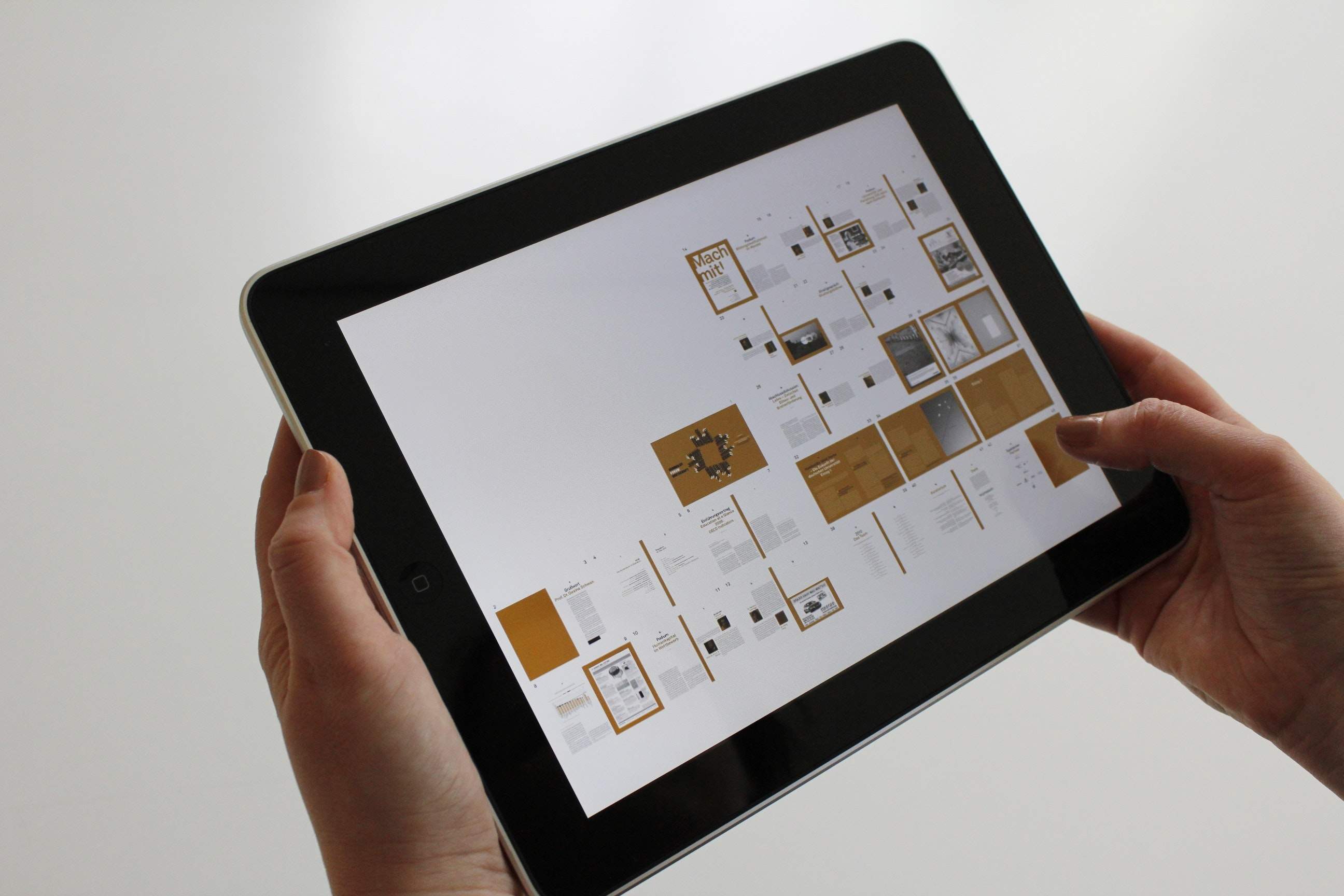 When starting a business, rejection and failure are just some of the worries that spring to mind and approximately half of businesses fail in their first five years, according to research on SBA.gov.

But for others, a cocktail of good ideas, financial backing and a little bit of luck means their rise to the top can be meteoric.

The average age of the featured businesses is 1.92 years, and they achieved a £1.5m average turnover in 2017 – with eight bringing in more than £4m in revenue.

The importance of investment is highlighted by the fact the 100 companies raised £270m in total funding, while just under 2,000 people were employed by those companies overall.

Now let’s look at some of the most interesting companies in the list.

As an executive appointment consultancy, Forsyth Barnes recruits staff for companies in high-level roles with salaries of up to £250,000.

The firm was founded in London by Scott Parsons and Roheel Ahmad, who had both worked in recruitment previously, in January 2015 and now has offices in Nottingham and Leeds.

Mr Ahmad’s experience included starting a complete business unit as the youngest ever member of a senior management team, while Mr Parsons led the fastest growing and most profitable division within the business he worked at.

They came together in 2015 to create a recruitment agency that offers personal and dedicated services to the executive appointments market.

There are plans to go overseas, too, with the pair looking to expand to New York – where high-performing staff have been treated to trips paid for by the company.

They found that 81% of the women in the D+ size bracket were saying they disliked the bras available in their size.

The pair came up with the solution to create Attollo Lingerie, which offers a range of luxury, fashion-forward underwear for D+ women and also offers personalised fitting service and bra-fitting parties.

The company did, however, have struggles to succeed in the investment market, with not all male investors understanding the need for the product.

Since going live in September 2017, the brand has featured in high-profile publications such as Vogue, Cosmopolitan, GQ and Tatler.

The pair have a five-year goal to have a flagship store in London and to also to launch a line of swimwear, nightwear, shapewear and sportswear.

Daniel Burton is the CEO and founder of Wondrwall, a Manchester-based technology start-up that turning standard homes into “smart homes”.

Mr Burton set up the company in 2015 and in December the following year, his product secured a £2m financing package from NatWest.

He has developed an intelligent living system, which can control a home’s heating, lighting and security, and controls all the main functions of a home autonomously.

The company has already struck deals with insurance companies such as Direct Line and AXA, while housebuilder Redrow has signed a deal to incorporate the technology into its new-build homes.

Airsorted is billed as a hassle-free version of Airbnb that ditches the need for administration and management expectations from every host.

The idea came to light when one of its co-founders, James Jenkins-Yates, put his home on Airbnb, and later came to the realisation that hosting involves a lot of work and he wanted to cut out the middle man.

In December 2014, Airsorted came to life and also brings a tech offering, with an automated system which helps streamline operations.

He brought on board business partners Daniel Scott and Tom Jones, who had met in New York working for investment banks.

The start-up has now managed more than 3,800 homes to date and is already live in London, Edinburgh, Dublin, Sydney, Brighton, Bristol, Australia and Paris, with plans to expand in nine new cities this year and setting a target of 38 cities by 2019.

It has also recently started running flexible letting cycles of anything from two nights to 12-month tenancies.

The flexible staffing app helps employers in the hospitality and events industry to find the best-trained and vetted temporary workers.

It was founded by Jack Beaman and Novo Abakare in November 2015 and is backed by British heavyweight boxer David Haye.

Other supporters of the app include Creandum, ProFounders Capital, Lord Young, Photobox, Gamesys, Play.com and Velocity.

Since it launched three years ago, the London-based app has attracted a number of employers from the hospitality, events and warehousing sectors, including Gordon Ramsay’s chain of restaurants, event manager The Smart Group and event caterer Dish.

It’s also in talks with some of the world’s top venture capital firms to raise another £10m to £15m in funding as it looks to launch in four new cities in the next year, as well as launch new verticals in the five cities it’s already live in.

There’s also plans to launch a charity focused app, which focuses on helping the homeless find jobs by giving them the necessary skills and social support they need.

Mark Wright, the entrepreneur and former winner of TV show The Apprentice, set up digital marketing agency Climb Online with the backing of businessman Sir Alan Sugar – and it is now a multi-million pound revenue business.

The start-up now has 45 staff members and works with more than 400 businesses globally, with companies such as CV Library and Groupon in its database.

Mr Wright, who came out top in the tenth season of the BBC show in 2014, was the first winner to make a turnover of £1m.

At the start of 2018, the company launched an online academy to help plug the UK’s widening skills gap.

It offers digital marketing courses to support people in advancing their careers.

The company also recently added Crypto Climber to its list of services – a digital marketing solution for the cryptocurrency sector.

Climb Online is currently projecting a turnover of £10m by the end of the 2018/19 financial year.

The duo previously ran a cleaning company, which was sold in 2014 to American counterpart Handy in a reported multi-million-pound deal.

For a weekly fee of £795 per week, Elder Technologies provides live-in care across the country in 75 UK towns and cities.

Last year saw the start-up achieved 500% growth, and it has plans to raise a Series B round of funding this year.

It has grown so quickly that Mr Brooks and Mr Dowds claim their increasing customer numbers are equivalent to the creation of a new care home every 15 days.

With no plans to slow down, in the next year the company says it will put growth plans into action with significant marketing investment and international expansion.

The brainchild of 29-year-old Pippa Murray, Pip&Nut is the brand of healthy peanut butter, which was started just over three years ago.

The company, which launched in January 2015, sells a range of peanut butters and almond milks that are free from additives, refined sugars and palm oil.

Ms Murray was recently given a £1m investment for the brand, in a bid to win supermarket listings.

The investment will help with the company’s next phase of growth as it aims to hit a retail sales value of £25m in the next two years.

Pip&Nut has also won partnerships with Nike and Made.com, and in the process reached more than 130,000 social media followers.

It is currently targeting £7.3m in sales for 2018, as it plans to focus heavily in digital to increase online sales.

The brand of eight flavours of peanut butter is currently available in over 5,500 stores across the UK and Europe, including major supermarkets, Asda, Morrisons, Tesco and Sainsbury’s.

Founder, Alex Cowan wanted to start a faster-reacting cyber security product after being faced with near constant threats as a part of the online game industry.

Taking a different approach to the issue, RazorSecure has developed Machine Learning and AI technology to make it possible to treat each system as an individual as opposed to focusing on networks and training for attacks.

In 2014, Colin Cragg came on board as CCO and the company now partners with system suppliers and transport builders to provide enhanced cybersecurity.

RazorSecure now works with suppliers like Icomera and VT Miltope who offer connectivity to thousands of aircraft, trains and buses, working with companies such as South Western Railway, Greater Anglia and Arriva Northern.

Unlike current trade finance programmes – which only focus on the largest suppliers and only help after the invoice has been approved – multinational buyers can ensure even their smallest suppliers are paid instantly.

Previse, which was backed by £2m in seed funding, now focuses on on-boarding more customers to invest in and grow the business.

The plan is to continue to help more of the 60% of small businesses around the world that receive late payments from corporates.

Previse says this deal could unlock £67bn that can be invested in boosting productivity and growing the economy.