Tech’s social responsibility according to the founders of Wikipedia and Lastminute.com

Wikipedia co-founder Jimmy Wales and Lastminute.com founder Martha Lane-Fox were among the keynote speakers at London Tech Week's TechXLR8 showcase event - covering how tech must keep sight of its social responsibility in the crowded digital space 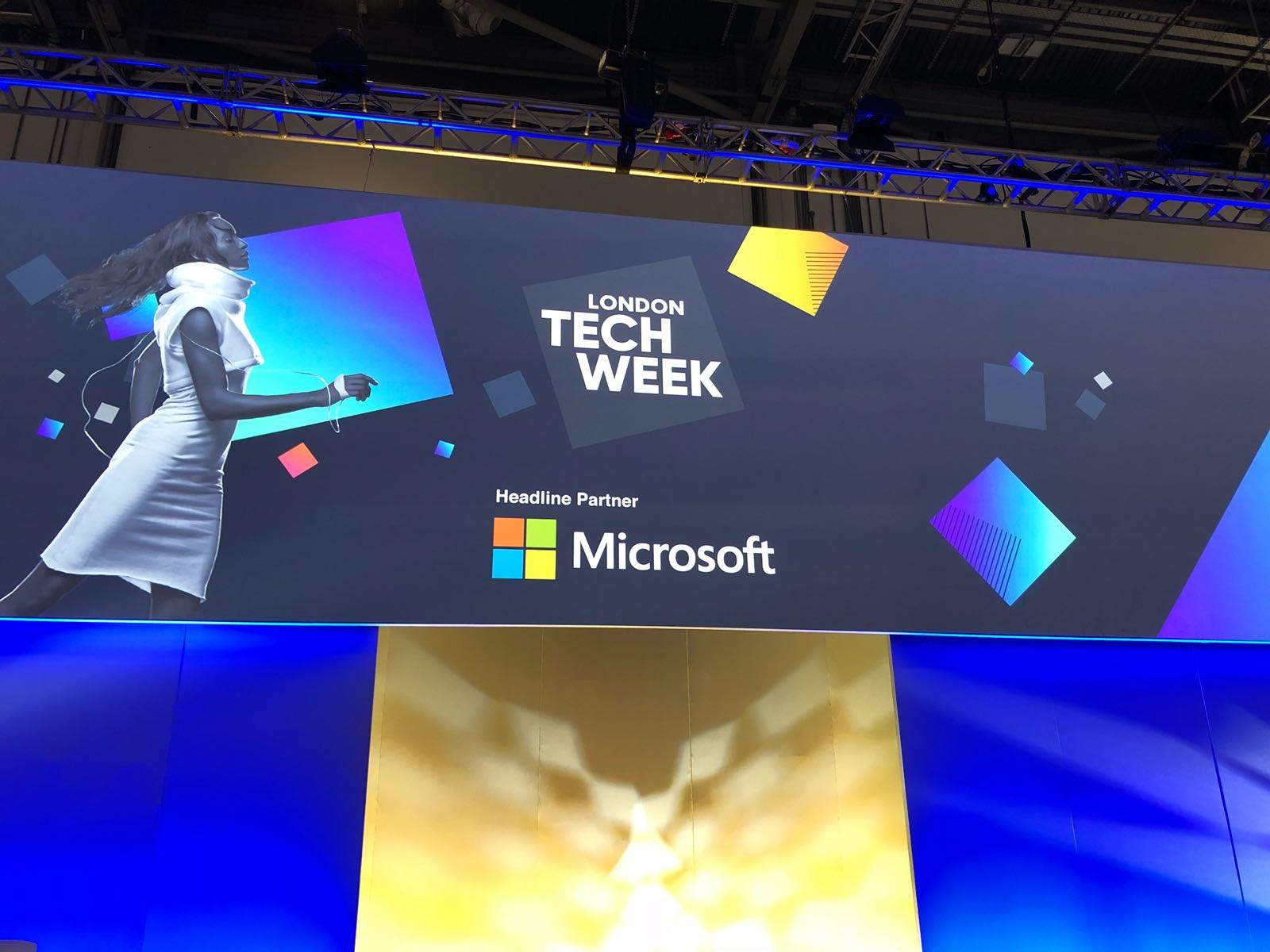 From the founders of Wikipedia and Lastminute.com to a General Electric senior executive and a Government cabinet member, London Tech Week has attracted some high-profile keynote speakers.

A wide range of topics were up for debate, including making tech more inclusive, how industry is next in line for a digital revolution and the thorny issue of fake news raising its ugly head in the crowded online space.

Compelo was in the audience at the London ExCeL, where the central TechXLR8 platform of the event took place and featured a host of speakers, to hear what they had to say.

Making tech more inclusive is a passion for Baroness Martha Lane-Fox, who is involved in charities Doteveryone and Accelerate-Her since establishing holiday deals website Lastminute.com in 1998.

In a talk with Rohan Silva, who co-founded shared workspace provider Second Home, it was pointed out that six million people in the UK have never been on the internet, while 9.5 million lack basic digital skills.

Ms Lane-Fox said: “This week we’re celebrating London tech in particular and it’s fantastic – every hour there’s a new start-up in the city and the rise in investment in the sector is enormous.

“But half the world isn’t on the internet. In the UK, it’s a question of not just social justice but makes economic sense too.

“One million of those people who have never used the internet aren’t employed, yet 90% of jobs are advertised online – so people are trapped out of all the things we take for granted.”

Ms Lane-Fox believes more peer-to-peer training at relevant locations like job centres is required, while the depth of digital understanding needs to be far greater.

“I feel as though digital skills are a checklist. Can you send an email? Tick. Can you do a transaction safely? Use a piece of social media? Tick, tick.

“But actually that’s a small amount of it and actually we have to build a resilience so you’re owning the technology.”

The ugly side of the internet has been in full view in recent times with the advent of fake news and the data scandal involving Facebook and Cambridge Analytica.

But Jimmy Wales, a self-described “pathological optimist”, was keen to point out how the internet also enabled his own creation Wikipedia to come to life.

The not-for-profit online encyclopaedia, launched on 15 January 2001, now features more than 40 million articles in 270 languages, making it the most linguistically diverse website on the internet.

Each month, it welcomes more than 400 million unique visitors using 1.4 billion devices – yet it’s parent organisation the Wikipedia Foundation has less than 300 staff and relies solely on individual donations, rather than any advertising.

Mr Wales said: “We think that funding model is really fantastic and means we have an incredible amount of intellectual independence so people can continue in their pursuit for the truth, however they want.

“We don’t just always get it right but it’s fairly remarkable that we can get a pretty unique community that doesn’t just have a lot of trolls – and is just nice people doing good things for the world.”

In a video screened to the TechXLR8 audience at his talk, titled What next in tech: Thrive in a Wiki future, Mr Wales disputed the idea that we live in a “post-truth world”.

“Wikipedia has a process of verifiability. It’s a cloud-sourced encyclopaedia, in which you have to have sources and citations.

“We’re fundamentally community-driven and that means whatever problems you think of Wikipedia, no one ever says they’re beholden to their advertisers.

“People can’t come to us to hide some true information that they don’t like because the money comes from the general public, so we’re beholden to the public instead.

“When people look back to this era, they are going to point to Wikipedia as one of the things that was really good.”

Mr Wales is now trying to bring that “Wikipedia spirit” to the world of journalism in a separate – yet familiarly named – project called WikiTribune.

Based in London and with 18 staff, it’s billed as “evidence-based journalism” and is reliant upon a fact-based core of neutrality – rather than bowing to the needs of advertisers.

“We have no paywall and no advertising – and the response from most journalists is that it sounds exciting because they’re concerned about the future of the news industry.”

Transport, retail and media have already been given a digital makeover – now industry is next in line.

That’s the view of Bill Ruh, who heads up GE Digital – a subsidiary of American conglomerate General Electric that aims to “discover the industrial Internet of Things”.

“The idea of consumer digital transformation is in many ways a lot easier than we’d see in the industrial space,” he said.

“Back in 1997, industrial retailers didn’t see the impact digital would have but it will have the same changes.”

Industries that could be digitised include energy, manufacturing and transport, but Mr Ruh believes the first to be modernised could be automotive.

He said: “Automotive hasn’t changed much over the past 100 years –other than through M&As, it’s the same players.

“In the future, an automobile company that has the best software experience is most likely to win.

“Companies like Uber and Grab have made assets more efficient. The reason why we use these services is because it’s a much more compelling user experience.

“The average car is used 3% of the time, so is everyone going to buy a car or is ride-sharing going to be the predominant way we use a service?

Mr Ruh quoted estimations that say digitising industry will generate an estimated $6.8 trillion over the next 10 years in value.

“It starts to rival, and could eclipse, what we’ve seen in the consumer internet side.

“When you look at the next decade, this is probably the largest opportunity that will exist for the IT community as industry rethinks the markets it wants to enter.”

In a speech on why the city is a good place to invest, he pointed to figures published this week that showed UK tech companies received £5bn in investment – more than French, German and Swedish businesses combined – since the EU referendum vote in June 2016.

Mr Hancock said: “London once again ranks as the leading tech hub in Europe – we’re leading the way in this time zone and determined it will stay that way.

“We’ve become the natural destination for the largest and most innovative companies to invest, often when setting up their first premises outside their head office.

“Apple, Amazon, Microsoft and IBM have all been expanding in Britain in the recent past and are set to expand again because of the rich ecosystem of start-ups we have here.

“We want the world to see what we know – that we provide the talent and ambition to challenge and make lives better.”

Mr Hancock later said in a Q&A that he would like to see tech used for social good, namely solving social media problems such as cyber bullying.

He added: “We have to mitigate the harms of social media but at the same time be incredibly enthusiastic about the potential of tech.”