Compliance has never been more important for businesses and Ideagen is fast becoming a leader in the industry - supplying quality, safety, audit, risk and performance management software to everyone from the US Navy and Siemens to British Airways and the European Central Bank. Dan Robinson speaks to the company's new CEO Ben Dorks about how it wants to consolidate the marketplace 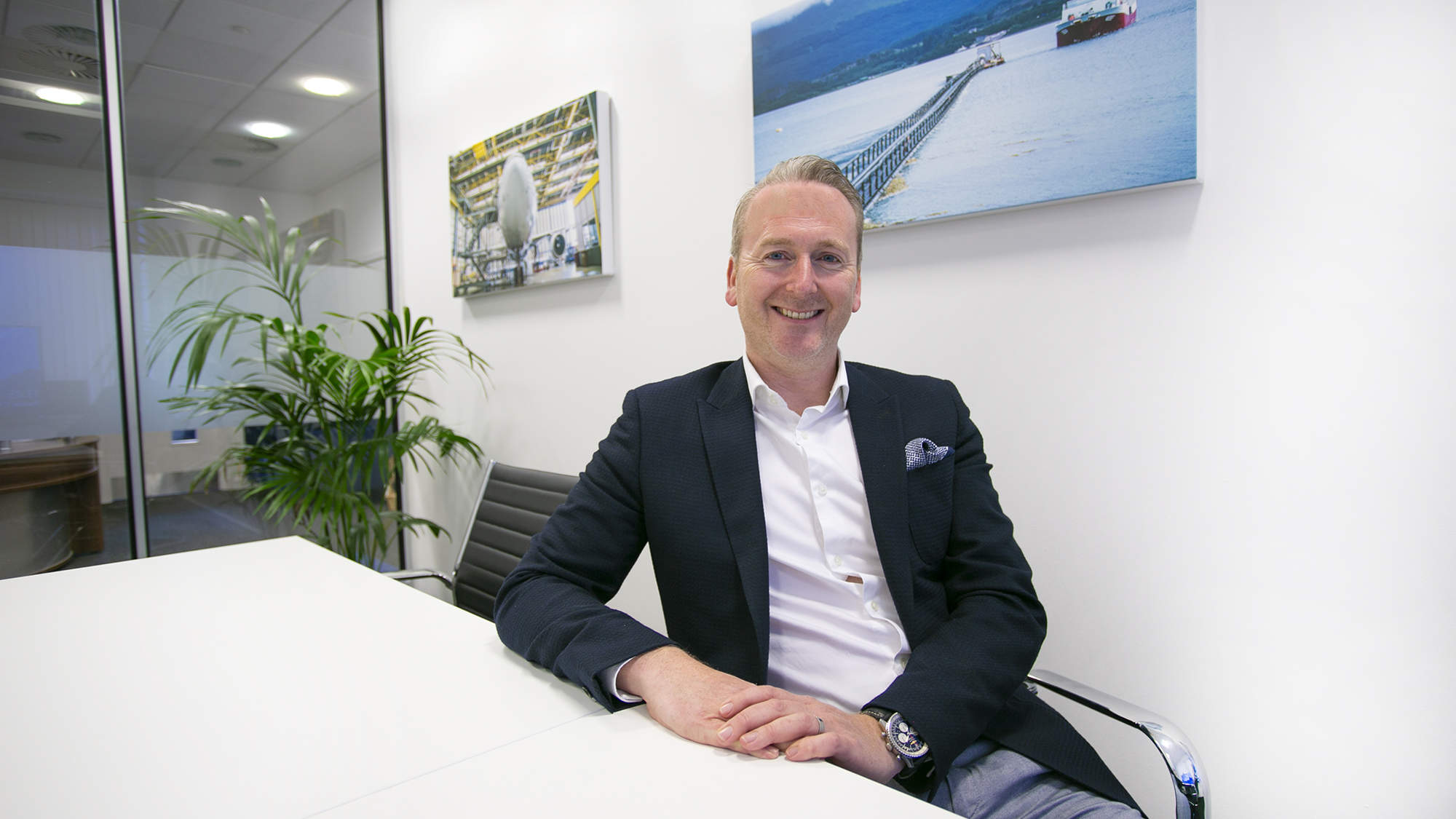 “If it ain’t broke, don’t fix it”, goes the old adage – and it’s one that many businesses will follow religiously if they want to survive.

But for Ideagen, the very opposite is true. Instead of playing the safe option, the technology company is not afraid to rip up successful procedures and replace them in a quest to reach the next level.

Such a potentially risky strategy may well fly in the face of the company’s modus operandi as a provider of risk management software, but it’s part of an aggressive, acquisition-led growth plan to become a £1bn value business within the next five years.

Tasked with the lofty aims is new CEO Ben Dorks, who has taken over from founder David Hornsby in the hot seat at its headquarters just outside Nottingham.

He says: “What we have here is a great team that wanted to be disruptors in the marketplace.

“As we’ve grown so quickly, we’ve realised that anything we put in place a couple of years ago is already out of date because we’ve doubled in size and need to move faster.

“In terms of the processes we have and structures, we talk about our leaders being change-makers – we have to constantly evolve and challenge that status quo.

“We’ve just had our most successful sales year, with bookings significantly increasing, but we haven’t rested on our laurels and instead have changed the whole sales structure for this year because we felt it had limitations for what we could achieve this year.

“As Rockefeller said, we can’t be afraid to give up the good to go for the great.”

Ideagen has been one of the East Midlands’ – and indeed UK’s – fastest-growing tech firms in recent years.

Originally existing under the moniker of Datum International, which was established in 1993, the company expanded with each acquisition made by David, who began his entrepreneurial empire by investing £250,000 into a small Stevenage firm.

It later became known as Ideagen after buying a company by that name – one of 12 software businesses acquired in the past nine years through its aggressive “buy and build” growth strategy.

During that time, its value on the London Stock Exchange’s AIM market has rocketed from £1m to £260m, while headcount has reached 450 – with plans to double that in the next three years.

Staff, who are also based at offices in Kuala Lumpur, New Jersey and Glasgow, are treated to perks such as free fruit, birthdays off and wellbeing initiatives.

The expansion has helped to diversify the company, making it a specialist now in quality, safety, audit, risk and performance management software.

In total, Ideagen supplies about 2,500 organisations – from 200 NHS hospitals and 35 of the top 50 pharmaceuticals companies to some of the world’s leading automotive manufacturers and powerful financial institutions like the European Central Bank, Bank of New York and Germany’s Commerzbank.

Among its clients are a number of airlines, including British Airways owner IAG, Ryanair, KLM, Emirates and Air Asia, which use its aviation risk management technology to identify any issues that could affect flights and learn from data insights that drive efficiency, improve decision-making and increase staff safety.

The widespread potential of the technology is highlighted in the sheer diversity of companies it works with, also including the likes of Heineken, Shell and Boston Scientific.

Last year, it added the US Navy and Siemens to its rank as sales for its “software as a service” (SaaS) model – in which clients subscribe to its cloud-based programes managed by Ideagen’s team – more than doubled.

Ben says: “We’re disrupting the market by supplying regulatory software into a number of different vertical markets that not only deals in the minimum viable product requirement but actually takes collaboration, content and delivery to a whole new level.”

From entrepreneur to corporate life

One of the companies absorbed by the company during its rapid expansion was Nottinghamshire-based Plumtree Group, which Ben had set up in 2004 before selling to Ideagen in 2013.

He jumped over to his new parent company and became UK sales manager initially, before moving into the roles of UK sales director and chief customer officer – and appointed on the seven-person board in January last year.

The latest step in Ben’s career progression was announced to coincide with another strong set of financial results, with a pre-close trading update for up to 30 April showing revenue increased by 33% to £36m and pre-tax profits up by 40% to £11m.

David moved into a group executive chairman role, where he will focus on group strategy, mergers and acquisitions, and investor relations as the company looks to bring even more businesses under its umbrella.

Ben, whose previous experience as a CEO was at the helm of a £2.7m company, says the prospect of running an organisation 13-times the size – and potentially a lot bigger in the near future – is an exciting one.

“As chief customer officer, I ran all the sales, marketing and delivery, but to have the accountability and responsibility for everyone in the business is a challenge – an exciting one.”

Industry lags behind in tech for compliance

Ideagen operates in a corner of the tech community that is slightly behind the curve traditionally, according to Ben.

Many organisations still use spreadsheets or, at even worse, paper filing systems to log issues related to risk and compliance.

It means there is plenty more room for growth not just in the UK, but globally.

Ben adds: “We want to double the business over the next three years in terms of staff, revenue and value of the company.

“That will be a mixture of double-digit organic growth and acquisitions in the UK and US.

“If there are opportunities to be more aggressive then we will take them because we want to be worth £1bn in five years.”

According to a report by Grand View Research last year, the global governance, risk management and compliance market was worth £16.5bn in 2016 – but this could reach £48bn by 2025.

Having already built a strong reputation and client base, Ideagen wants to be a key component of it going forward.

“There’s a greater appetite within the business world for the quality, safety and compliance solution we supply,” adds Ben.

“But there’s no market leader there like an IBM – there’s no 800-pound gorilla in the market.

“We’re looking to consolidate the marketplace and grow to take charge of it.”