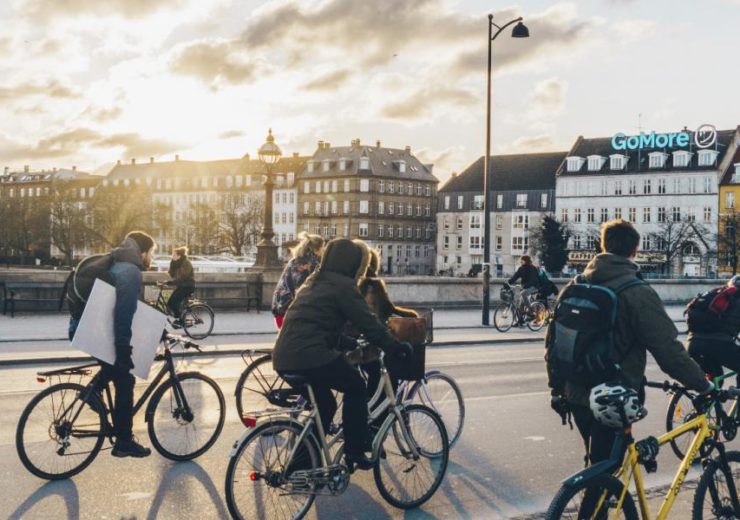 Half of all commuter trips in Copenhagen are taking by bike (Credit: Visit Copenhagen)

Small changes to existing infrastructure like introducing cycle lanes could trigger tipping points that go a long way to the mass adoption of sustainable consumer behaviour, claims a new report.

After analysing decades of evidence, researchers believe human behaviour is influenced by our environments, habits, skills and attitudes – which in turn alter the world around us, and can be socially learned and transmitted.

The study by the International Institute for Applied Systems Analysis (IIASA) used Copenhagen as an example to explore how adding more bicycle-friendly infrastructure led to a rapid increase in the number of cyclists over the past three decades.

Lead author Roope Kaaronen, a PhD student at the University of Helsinki’s Institute of Sustainability Science, said: “The drastic effect that the physical environment – for instance, cycling infrastructure – has on our collective behaviour patterns is surprising.

“Even minor changes in the structure of the environment can trigger so-called ‘tipping points’ or ‘phase transitions’ in the collective adoption of sustainable behaviours like cycling.

“Reaching such tipping points is precisely what is needed to enact society-wide behaviour change.”

Despite having a long history of research available to it that showed how environments influence human behaviour, the IIASA team found it was less clear how these processes work together to shape the evolution of sociocultural and socioecological systems.

It believed understanding this would be important given that radical, systemic change is needed in human behaviours and cultures to mitigate climate change, reach the UN’s Sustainable Development Goals and guard the ecosystems that serve as our life-support systems.

In the new study, published in the journal One Earth last month, IIASA researchers explored how collective behaviour patterns emerge systemically as a product of personal, social and environmental factors.

Using a computer model that simulates interactions between individuals and environments, the study illustrates how personal aspects like attitudes and habits, social networks and available infrastructure shape the way sustainable behaviours are collectively adopted.

The study especially emphasises the environmental aspect by examining how changes in opportunities to behave sustainably – such as increases in the number of bicycle lanes in a city – affect the adoption of sustainable behaviours like cycling.

Copenhagen as a case study for sustainable consumer behaviour adoption

Danish capital Copenhagen, a city known for its well-developed cycling culture, was used as a case study, with the computer model empirically validating the evolution of cycling and driving patterns.

The results show that even steady increases in opportunities for green behaviours – such as adding more bicycle-friendly infrastructure in Copenhagen’s case – can have much larger effects on the adoption of sustainable behaviours than often assumed.

According to the IIASA, this is because when the environment makes it easier for someone to adopt a certain behaviour, it not only has an effect on the individual’s own habits but the behaviour can also be copied and learned by others.

In Copenhagen specifically, a rapid increase in the proportion of cyclists in the city since the 1990s was attributed not only to the emergence of a cycling culture but also to heavy investment in cycling infrastructure.

It took top spot in the bi-annual Copenhagenize Index 2019 list of the most cycle-friendly cities in the world for the third time running.

The analysis found that 62% of work or school trips were taken by bike, with residents collectively cycling 1.44 million kilometres every day.

It celebrated the fact there had been €40 per capita made in cycling investments, leading to four bicycle bridges built or under construction and 167km of new cycle highways in the previous two years.

The authors point out that for large-scale sustainable behaviour change to occur, it won’t be enough to simply rely on changing people’s attitudes or increasing environmental awareness.

Instead, urban planners need to start designing everyday environments in ways that make sustainable behaviours the default option and as easy as possible.

But they believe many European cities are struggling with this, with local authorities filling spaces with shopping malls and supermarkets that encourage unsustainable consumerist behaviour.

He added: “We need to understand how behaviour patterns emerge from a systems perspective, and learn to locate the leverage points in these systems.

“The importance of infrastructure that make pro-environmental behaviours easy and the ‘path of least resistance’ is crucial in this regard and must form part of governments’ action plans in terms of sustainable future urban planning and development.”